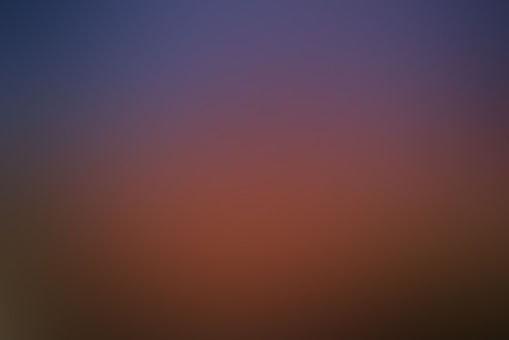 halojones06 Stuff for different fandoms.
Autoplay OFF   •   7 months ago
Transcript
Mudforest meets nightgazer. Note: THEY ARE NOT GAY! I have no harsh feelings to gay people, but I feel weird writing about it.
fanfiction wofwings of fire

AN: this is a story telling how the 2 meet. They become friends well before they go to jade mountain academy. Also, 2 things I just realized about WoF. 1) moonwatcher, a seer, is the daughter of morrowseer, a fake seer. 2)the main characters in the books for jade winglet is in a winglet named after the school. Anyways, without further ado, let’s dive right in!

Chapter 1: mudforest I can’t beleive that the war is finally over! Yes! Though, now I don’t have anywhere to go, so, what now? Hmmm, I remember that mom once told me about my father, who was, apparently, a rainwing. Because of me, I don’t think being lazy is an inherited trait about rainwings. It might be peer pressure, or something that they eat makes them a little lazy, I don’t know!

Anyways, I packed all my stuff, which is just my armor, a spear, and my favorite scrolls. Afterwards, I set out towards the rainforest. I changed my scale colors to the surrounding foliage, and started sneaking around the rainforest. An hour later, I found the rainwing village. I tuned into a muddy color, and walked into view. “Hello! Oh, your not a rainwing! How did you change your scales?” I turned and saw a purple and yellow dragonet.

“Who-who are you?” I stammered. “I’m kinkajou! Who are you?” She asked. “I’m mudforest.” I told her. “According to the queen, all new dragons need to come to the queen’s platform.” She said, in a fake serious tone. I snorted. “Wait, who’s the queen?” I asked. “Queen glory.” She exclaimed. “Glory? The dragonet of destiny? THAT glory?” I asked.

“Yup! Turns out she was related to one of our queens, the only actual Royal one, so she got queen ship! She’s trying to help us improve our lives. You haven’t answered my question yet. How could you change your scales, if your not a rainwing?” “I-I-I- I’ll tell the queen.” I said. She shrugged. We landed on the platform, where the queen, glory, was sitting. “Kinkajou, what now...” she trailed off as i landed.

“This is mudforest! I found him in the rainforest!” Kinkajou exclaimed. “Woah, another mudwing?” A big mudwing, who I’m going to assume is Clay, asked. “I’m Clay.” He held out his talon. Huh, I was right! “I’m mudforest.” I said. “Hold on, that’s not the best part! Go ahead, show them.” Kinkajou said. “What is it that you’re going to show me?” Glory asked. I turned the color of the platform. The dragonets jumped back.

“I’m half rainwing.” I said. “Wait, your a hybrid? So am I!” Sunny shouted, at least, I think it’s Sunny. Who else would be a golden color? “What else can you do?” Glory asked. I spat my venom at a leaf. “magical death spit!” Sunny shouted. “WE ARE NOT CALLING IT MAGICAL DEATH SPIT!” glory yelled. “I was also born from a red egg.” I said. “So, your fire proof?” A male nightwing, not starflight, asked. “Yep.” I said.

“I’m deathbringer.” He said. “Well, why did you come here?” Glory asked. “My mother, my mudwing half, died in the war, and, now that the war is over, I have nowhere else to go, so I decided to go to my father’s half.” I explained.

Chapter 2: nightgazer ‘How is this possible’ I heard the thoughts coming from the queens pavilion. I flew past it. Everyone looked at me. I landed on the pavilion. “My queen.” I bowed to queen glory. “I’m barely older than you. No need to bow.” She said. I turned, and saw a mudwing... that wasn’t the color of mud. He was green. He looked at my venomous barb. “This is nightgazer. He’s half nightwing, half sandwing.” Glory explained.

“Hi.” I waved. “I’m mudforest.” He told me. “I’m half rainwing.” He said. “Cool!” I said. ‘He’s a hybrid as well? Huh. I guess that there are more of us than I thought.’ I heard mudforest think. “Why don’t you show mudforest around?” Glory asked me. “Sure thing, ‘your majesty.’” I said. Glory facepalmed, while i flew away, cackling, mudforest right behind me.

As we flew through the nightwing village, I heard thoughts, like, ‘a mudwing? Here? And not the color of mud? Must be a hybrid.’ “This is the nightwing village.” I said. I then saw a dragonet with silver scales by her eyes, reading a scroll. I turned to mudforest. “You wanna meet my friend?” I asked. “Sure.” He shrugged. “Moon!” I called. She turned to me. “Oh, hey nightgazer. Who’s that?” She asked.

“This is mudforest, a hybrid.” I said. As if on cue, mudforest turned into the colors of a nightwing. Moon just nodded. “Alright, bye, moon! I have to show mudforest around!” I shouted, taking off. She waved. “This is where the hybrids in the tribes are staying.” I said. “Cozy.” He said. “Well, it used to just be me, but now your here!” I said. He looked around. “I think I’ll like it here.” He said.

*le end. It’s so short because it’s just supposed to show how they meet.