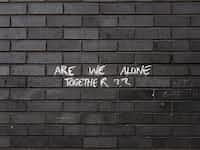 habs6stillalive Let the change conquered!!!!
Autoplay OFF   •   2 months ago
Transcript Use Images
We often heard that someone should be punished if he pulled some sort of criminal act but not everyone who attempted some sort of crime is criminal.

Real monster is inside us
feelings feelingssadness#mr.kipling

Once we all attended our senior caption

should have to take some classes in

which we hear some extremely

troublesome and mysterious cases that

our caption told us. Mr. Louis entered in

the class with great smile when he saw

us smiling he titled his head a little down

and smirked. He said before that case

one thing the case that we're discussing

today will make you able to understand

that tantamount to love, trust is alsoblind. I know that was quiet shocking

that you're in such a serious class and I,

such a senior officer talking shit to you

but you will know that how someone

atone his sins just because he truly

Well let me tell you that police force and all

other agencies, we all were working

deliberately on the gang. Their name

;no one knows, their boss name; no one

knows. At that time the thing we were

talking about that we have to draw

them out of their hideout somehow but

we should act more cautiously this

time. So here's the story of that person

Sir, if he never murdered then what's serious about

smile who told you young man that we

will only discuss cases based on total

murder scene. This case is for your

understanding that apart from your

responsibility of handling cases how

would you react to these situations. It's

not necessary that if you're a police

officer you have to be strict, emotionless

in every situation, it's totally not pivotal.

Tantamount to stereotype that man

can't try. Today's case is the negation of

this stereotype. Inspite of all his sins heis still the most honorable man to every

authority to everyone who handled this

case. Because in that case his heart

punishes him to death. He started by adding

I still remembered that story of...