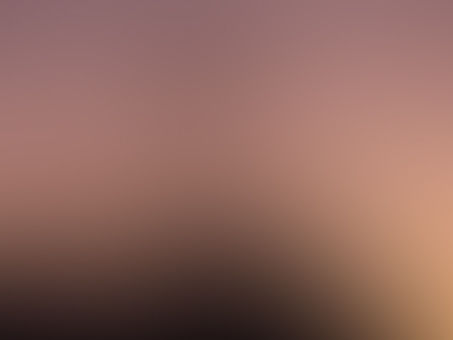 Today I woke up in misery after getting a call as its been 10 years since that fight. It was Hemant's wife and I got the news from her that he is in I.C.U. and is going to die and his last wish was to meet three of us.

I never thought that after all of these years our reunion will be like this, seeing our friend in the death bed. I called Rajiv and he confirmed that he is coming but I asked him immediately that "Is Sanjay coming". He said yes and said don't to change my plan as its Hemant's last wish. I agreed.

Sanjay this name used to be my favorite as he was my best friend since fifth grade. One day I forgot to bring lunch and he gave me half of his sandwich, from that day he and I are inseparable. And we met Hemant and Rajiv in 10 grade. We four were like Pandavas but with four brothers.

The fight between Sanjay and me started when I kissed his girlfriend at our farewell party as he was constantly flirting with other girls. It just happened. He saw and caused a brawl. I punched him in his face and he broke my hand. I immediately was taken to the hospital, and that was the last day I saw him, Hemant and Rajiv.

We broke our friendship on that day. I still feel guilty thinking that I shouldn't have kissed her but can't undo anything, it happened. And now we are going to meet each after all these years. I took a flight and reached the hospital with a cab and I saw Rajiv at the gate.

He said, "How are you, come, Sanjay is also here". I shook his hand and came inside and I asked where is Hemant. He said, "He is on the ventilator now, doctors have given hope and saying that we should pray for him now." I got shocked as I saw Sanjay fighting with the doctor and I looked at Hemant from the door.

I saw him lying miserably there. I reached Hemant's wife and consoled her and asked if I can take Hemant from here. She asked why and I answered," if he is going to die, I.... no..... we want him to die happily". Sanjay agreed and did all the formalities with the doctors. I entered the ventilator room and said hello to Hemant and he waved back. I and Rajiv took him with his oxygen pipe and put him in Rajiv's car.

From there we went to our school and started roaming him around and he was happy, he doesn't say a word but I could see him smiling. We decided to go upstairs and I said that I will take hold of him till upstairs. But Sanjay immediately said," Rajiv don't believe him he is a cheat". I did not said anything as i remain calm.

After reaching upstairs I deliberately asked Sanjay," What is your problem man". "Problem is that I am still not talking to you and angry at you as you cheated me," said Sanjay. "You broke my hand bro," I said. "You deserved it", Sanjay said. And he also asked about her " where is that bitch I saw her leaving in that ambulance with you".

"She left me after one year", I said. " What! How ", Sanjay said " She caught me cheating on her twice," I said. A silence spread around and it broke when Sanjay started to laugh and I accompanied him watching us Rajiv and Hemant also started to laugh. Sanjay with a smile said," you bastard I knew you took a chance on her that day". I said I tried and she responded.

He smiled at me and I went up to him and hugged him and apologized. But he forgave me and hugged me back. Four of us were very happy. Hemant said," guys I think we should go to our favorite place." Finally, we went to the small waterfall which was behind our school where we used to go every time.

We went up there and just sat at the end for at least one hour. After sometime Hemant asked me to stand up. When I did, he pushed me and I went straight into the water. Everyone laughed, Rajiv and Sanjay followed me and jumped in the water. All three of us could hear Hemant laughing and enjoying but suddenly everything stopped.

We rushed over to the top and saw Hemant lying with a smile on his face as he was dead. We went up to him tried our best to wake him up but he was gone. I saw something in his fist. I opened his fist and saw a photo of four of us standing in the same place where he died. THE END

Heyy guys this was my first collab with sunstillshines she is a great writer and you should check her account if you want to experience a next world through her writing. She made a poem with the same topic, so go and check out. Link is in comments. Take care