Commaful
The Right Wing in the Stars 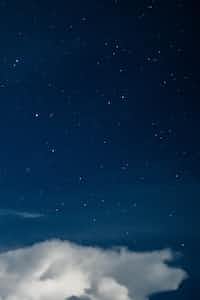 gummyfries Community member
Autoplay OFF   •   5 months ago
Transcript Use Images
Conservatives have lived to the Space Age.

This a tale of greed of how you reap the rewards of capitalism in the outer rim of the galaxy.
fiction conservativesciencefictionscience fictionspacecapitalismliberaldemocratrepublicangreed

The Right Wing in the Stars

You're a Conservative entrepreneur trading in hyper-precious minerals; those we cannot even create in a lab.

Strapped into your single-pilot warp shuttle "Freedom", you blaze a heated descent onto a speckled, purplish-brown planet, fabled for its vast stores of fallacium,

the most precious reactive compound known to humankind.

You touch down on the surface and hop out with the same flourish your father used to have when he would bound out of the craft on those intrepid, planet-jumping Sundays.

He did leave the ship to you, after all. With a holo-briefcase in one hand, you punch up scanner readings with the other.

Low toxicity atmosphere - oh look - an early middle-ages civilization detected on the other side of the planet.

More importantly, the rumors were true - wisps of hyper-valuable fallacium are clasped within the Earth just under your toes.

Well, not /just/ under - the metal only exists within vast magma veins and planet cores, and only at about one molecule per ton of excavated earth.

It's a challenge, but challenge accepted. And prepared for.

From your holocase, you ready your particulate mining disrupter,

a tool so powerful that it can vaporize all matter at up to 5 km per second but so precise that even microscopic substances can be filtered out and collected discretely.

It had cost the better part of your family fortune, but came with a really neat holoscreen.

Anyway it would be a mere drop compared to the sheer quantity of fallacium detected from within the bowels of this world.

The device projects a holographic path through the planet to show where the drilling will take place, and on your approval, it hops right out of your hand,

totters over to a nice spot in the ground that it's picked out for itself and stands neatly in place.

With an understated "beep", the mining starts. Blinding light cannonballs its way into the ground, blasting a perfectly circular opening and discharging all of the earth into void.

It has to be about a half a km across. The only sound you hear is the rockfall reacting around the tunneling itself, as of course the mined earth in the center is being instantly vaporized.

From the vast hole, golden-purple flecks begin to draw and accumulate in the disrupter's catch box.

Within minutes, there is about a gram of the precious fallacium, then two, then the volume grows faster as the device has begun to fire near the planet core.

" You look down, by now you've probably collected enough fallacium to replace the cost of the miner about five times over. No. This is about business. Your business is your family's livelihood.

You cancel the message and continue the operation.

You briefly consider the yet-uncontacted people across this strange planet. In the vast shroud of your subconsciousness you can see them: children playing in the purple dirt.

Families and their beloved pets. The songs they sing around the strange fires lit at their town squares.

It would be difficult to discard it from your attention if more than only pinpricks reached your surface-level awareness.

Then there are the things unknown; their distinctive philosophies, their wars and subsequent lessons imbued into a rich history.

Their cities, anchored by vast stone structures with diagonal paraphets in a language of xenoarchitecture that the Earth has never seen.

Though your personal scanner did reveal a few basic images that you had swiped away. Was all of this likely to fall to its foundations? That's just hypothetical, and it is negative thinking. It's your turn.

You click "X" on a final screen moaning about the presence of intelligent life on the planet and finally the drill resumes.

Within about 30 minutes, the catch box is full of shimmering purple-gold fallacium, but now undiluted. The box reads "20kg" and your head starts to spin.

A single kilo of this stuff could fuel the warp engines of the biggest militaries and trade organizations for a YEAR. Even sold below market value we're talking trillions of galactic dollars.

You collect the mining disruptor, several extensions within the tool retract, and you pack it into your holo briefcase. The ground starts to shake as you hop into your shuttle runner, Freedom.

As you speed into the atmosphere, cracks begin to form along the planet's surface and the ship starts firing off distress warnings from a population unable to transmit their own.

Your instrument panel has a handy lifeform counter that is now spastically cycling down.

You shake off pinpricks of guilt with the notion that surely if the people had any sort of decent genetic disposition they would have advanced out of the medieval period.

This is manifest destiny. This is entrepreneurship. This is my freedom.

You clear the atmosphere and prepare for warp, dizzy with fantasies of buying launchable mansions with individually programmable rooms for everyone in your family.

Just as Freedom winks away into warp, your ship reads the planetary population at 0.