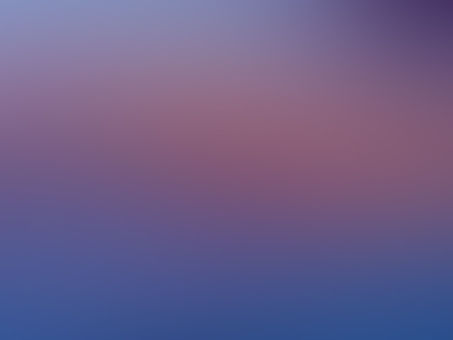 guestgoul13 hello...there...readers...
Autoplay OFF   •   5 months ago
Transcript Use Images
Being a superhero is not as pretty as people make it seem. At least not for me. I only do it because of a guilt complex of who else would do it. I don't have a guy in a chair or a latex suit or even a mask. I have a ratty tank top with a hood and some beat-up jeans.
fiction super herosuperheroguy in the chairsuperherioneword barfrandomality

Being a superhero is not as pretty as people make it seem. At least not for me. I only do it because of a guilt complex of who else would do it.

I don't have a guy in a chair or a latex suit or even a mask. I have a ratty tank top with a hood and some beat-up jeans.

My injuries don't magically fade away they leave scars both physical and mental. I am constantly needing more medkits to pull out bullets and scrap pieces of metal.

Thank god I live alone or this would be one heck of a conversation. Of course, my bearded dragon doesn't judge me so I have that going for me.

And keeping my Identity is simple when I have no friends. It sounds bad but it's for the best. Besides what's the point of socializing when you're a "hero" you'll just have to run off.

They'll just abandon you when they get sick of it anyway. Society hasn't been kind to me anyway.

I mean what kind of media calls a superhero The Vigilante? Okay yes maybe I look a bit like a hoodlum but really guys literally a child could do better than that.

This all changed when my landlord said he was going to raise the rent. This brought up an issue.

I could probably find another job but I would have to limit my superhero time and that was a no-no. Or I could get a roommate to split the rent with.

Pros and Cons you wonder? Well, they could figure out my identity, they could be loud, they could actually want to talk. Or they would mind their own business and carry on with their life.

I took the easy way out and put up a poster saying: Apartment available looking for a housemate must be noninquisidive and quiet. Simple enough. Until one actually showed up at least.

He was well a mess. He wore a baggy sweater and a headband that hid his forehead. He was perfect for a housemate though. His name was Jeremy.

He said that he had wanted another introvert for a housemate and I agreed with him.

When I gave him the tour he never questioned how many extra medkits I had in my closet or the punching bag in the laundry room. We made our terms and he marveled at my bearded dragon.

So yeah I now had to deal with him constantly being in my apartment but I would just have to grin and bear it.

We went by without issue for about three weeks. We would do our own thing and he would tell me if he was going to go out of town for a while. It only happened twice but I was glad he did.

I did not need the police at my apartment. Especially sergeant Gladner which was a total pain in the neck.

The trouble began when a fight with an armed guy went wrong. He had several hostages and let me tell you, having super strength and agility is only good for somethings.

So yeah, I took a few bullets. I am not bulletproof and it's not like I have access to swat stuff.

Luckily they weren't deep so I could take them out after the fight but nevertheless, I was still bleeding. I was going to have to stitch myself up again. And this time Jeremy was in town.

I limped to the apartment in my street clothes. I had to take off my "suit" in case someone recognized me. Probably wouldn't happen but with my luck, it would.

I opened the door and Jeremy was at the kitchen island. He didn't look up from his computer as I walked by. So far so good. Until he turned around to ask me something.

His eyes lowered to my blood-stained calf and he cast a questioning gaze. I told him that I fell a little.

Long story short he didn't believe me and sat in the bathroom watching me stitch my calf up.

When I finished he said that he knew he wasn't supposed to be asking about stuff but wanted to know why I didn't go to a hospital. Excuses excuses excuses.

I never actually had to come up with one before. So I just said err lied that I used to go to med school so I could take care of it myself.

Okay so there was some truth in there I can stitch up a gash pretty well.

Long story short he believed me. kinda. Because after that he started actually keeping an eye on me or something. Having a roommate may not have been the best choice.

I mean he's overreacting! It was only like four stitches this time!

Oh, and it gets worse a few days later I got my head bashed in by this guy who called himself the ball. Blood was all over the left side of my face.

And because I wore a hood no one saw my face. That is until I got home. And completely forgot that I had a roommate!