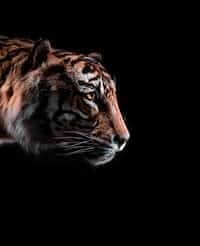 goldenphoenix I'm waving through a window.
Autoplay OFF   •   a month ago
Transcript Use Images
You might be surprised with the answer, you might not be
you're going to get a storytime along with the answerdon't mind the random animal imagesi just liked them so that's why they're there

Two Truths and a Lie Answer(s)

Hello Firegolds! (Don't mind the random animal images, I just like them) So the lie I chose was really simple...so that means I have some explaining to do with the two choices that are truths XD

1) I went to Europe for a family trip

1) I went to Europe for a family trip This one was the lie. I've never been out of the United States (although I'd really like to) so yeah, this was a lie

2) I cursed/killed my pet goldfish when I was a child This is true..actually, according to my parents, I killed more than just one of my goldfish, but I never noticed that they kept getting more fish since all of the goldfish looked the same, and I always called them by the same name: Nemo

(Also, before I explain the unique ways that the Nemos were killed off, please remember that I was 5 years old when these events happened, so don't go thinking I was a sadistic maniac who took pleasure in murdering fish. I'm against animal abuse, so I wouldn't do that on purpose. 5 year old me didn't know any better, so I'm sorry about that)

When I was a small human being, I wanted to be a vet, so my parents got me a stethoscope, so I can hear the heartbeat of things. Being the curious child I was, I put the stethoscope inside of Nemo #1's fish tank, and I gave the poor thing a heartattack and it died

So with Nemo #2, my parents and I were cleaning out the fish tank in the kitchen sink, and we put #2 into a bowl filled with water. Everything was going fine until we finished cleaning the tank and we were about to put #2 back into his fish tank. No big deal, right? Wrong. #2 thought he could escape back to the ocean or something like that and he jumped into the sink drain.

My dad had to fish (wow, look at me using impressive wordplay-) Nemo #2 out of the sink drain, but by that time Nemo 2 was already dead...but the 3rd Nemo is the one I cursed

Ok, I'm going to be real here, I don't know how this happened, but I remember this incident quite vividly. For Nemo #3, all I did was very proudly announce to everyone that it was #3's 100th birthday. I don't know why, all I remember is that I was really certain that that day was the fish's 100th birthday (I also didn't do anything to harm him, I fed him the right amount of food, everything)

The next day, I woke up and Nemo #3 was dead, upside down in the fish tank

We buried him in the front yard, and that's when my parents decided that we'll wait a while before getting a new pet. If any of y'all can find out/or have any ideas about what the heck happened with Nemo #3, then please let me know, I've been trying to look for the answer for around 8 years ;-;

3) The reason why I'm so interested in murder and stuff like that is because I want to be a homicide detective This one is true. I've been interested in forensic science and murder methods for around a year or two now, and I've never felt queasy at the mention or sight of blood and death, so I thought this career would suit me

I swear that I'm not homicidal...although I might actually have some issues. One time my brother's Cub Scout (younger version of the Boy Scouts) den went to a police station for a tour and I went along with them. The police officer was really nice, and he even showed us his steel baton. But the thing is, I giggled like a maniac when he pulled the baton out...my parents were so concerned XD

But the officer found my reaction hilarious, and for the rest of the time we referred to the baton as a laughing stick, since whenever he kept pulling it out I kept giggling uncontrollably.

But yeah, those were the 2 truths and a lie. I don't know if those stories I told about parts of my life were interesting, but if you guys want me to share more unique stories about me, then I can definitely do that.

Thanks for reading! Bye Firegolds! - Artemis