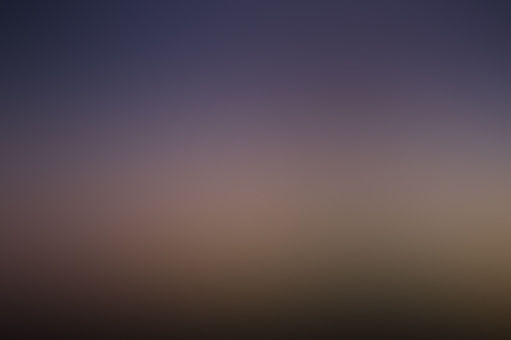 goldenphoenix Won't be active until Monday
Autoplay OFF   •   2 months ago
Transcript Use Images
This is a posting schedule, a sign-up for a simulator I'm gonna do, and something else
schedule updatesimulator

Hey, y'all! Artemis here (again) and I just wanted to give you guys what my posting schedule will look like from now on starting on Monday (and I'm also planning on starting/trying a new simulator novel, so read till the very end if you want to join)

Ok, so here's what the following weeks will look like HOWEVER, this can change if I'm busy, or if I post early or something like that (or for Golden Interviews then I'll just post that whenever I can):

Mondays: 1-2 poems Tuesday: 1-2 poems Wednesday: A Crown of Silver and Gold (and maybe a poem) Thursday: A Lethal Mistake (this is the new simulator novel I was talking about) Friday: 1-2 poems

Alrighty, so for those of you who are curious about the simulator novel, here is a tiny synopsis of it (it may sound confusing, but once I actually start writing it then it'll make sense):

The MC (Main Character) is living a pretty chill life. They've got good, friends, good parents, even a sibling who's actually pretty decent. But that all changes when they get called down to the principal's office and sees two strangers there to meet them, claiming to be the MC's aunt and uncle.

The MC doesn't know who these people are, but for some reason, the two people addressing the MC things they already know who they are and what they were here for. Little did the MC know that they're life was about to change forever

I hope it sounded alright! I didn't want to give too much away, but it was gonna be a spy, action, humor, and mystery-ish novel, and here are the roles! (I'll need quite a few people lol) If you have any questions over the roles, just comment below or DM me :)

(Besides MC, everyone else is a somewhat normal human being) - Main Character (@wafflecatz) - Best Friend (@incredibeliz) - Other Friend(s) (@natty_hat and @queensatan777) - Sibling (@anime_senpaii) - The Mom & Dad - Principal

(The following roles will be for the spy agency since this will be a spy novel. Everyone should be a teen): - Head/Director of Agency; the leader (@teamfosterkeefe) - Top Agent; best agent in the agency; they get a bit irked when the MC gets the latest and most dangerous mission yet (@elleseng)

- Poisons Expert; the name says it all. You know about poisons (@barnacle_bones) - Tech Wizard; the smart person who knows how to hack into seemingly unhackable devices and websites (@malirbly) - Camouflage Maker; makes the disguises such as fake identities and stuff like that (@martymcfly)

- Stealth Master; They're a small, quiet person who can fit in tight spaces and can move around unnoticed (@shifa_ta) - Trainees; innocent and happy, the youngest member on the team who's excited about their first mission (@await_alive & @lumity)

(These roles are for the Mafia-type corporation that the spy agency is trying to hunt down) - The Leader [older-ish adult]; feared and dangerous (@jan31320) - 2nd in Command [young adult]; does most of the dirty work for the leader (@chopsui) - Leader's Child (@ariesgirl06) - The Strategist; the really smart person behind the mafia schemes (@autumnleaves)

And here's the form for your character! Name (Both first and last name don't need to be real): Age: Gender: Sexuality (if you want a love interest) Appearance/Looks: Personality: Role:

And that's all for the simulator! Comment down below what role you want (and even if you see this post late, you're always free to join! I'll try to squeeze you into the story if I can lol) Oh! And one more thing...

So for the past few months, I've been wanting to find a name to call all of my followers, and @stitchastory and @elleseng both gave me really great name ideas, but I want you guys to decide (since that's what I'll be calling you from now on, so I thought you'd like a say in it) The names you can pick from are:

@stitchastory suggested: - Firegolds - Sparks or - Hunters (suggested by @elleseng) Let me know which one you like!

I'm sorry for making this post really long, but I'm excited to make A Lethal Mistake! And for the people who like my A Crown of Silver and Gold series, chapter 3 will be out soon so stay on the lookout for that :) Until next time! - Artemis