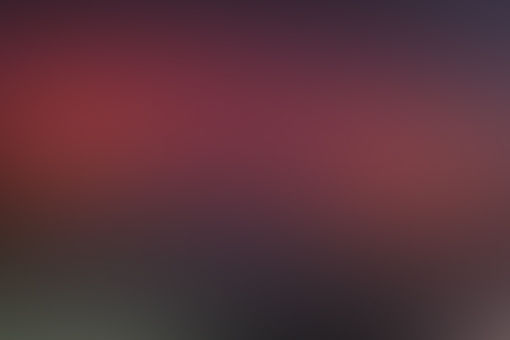 goldenphoenix I don't tend to take the easy road. - NF
Autoplay OFF   •   3 months ago
Transcript Use Images
This is a filler episode of my Ask the 7 series, but I hope you guys will like it! (I recommend reading it all the way till the very end)
funny heroes+of+olympusheroes of olympusriordanversehungergameshunger games

Before this episode begins, I just want to apologize to all of my Ask the 7 series' fans. I've had a lot of questions about when part 19 is going to be out, and if I'm being honest, you're going to have to wait a bit longer. I'm sorry, it's just that I've lost inspiration on continuing it, but I will try to continue the series, I promise

I hope this 'Hunger Games but Its Riordanverse Instead' episode will make the wait for Part 19 a bit more bearable. Enjoy, and thanks for reading! (You also don't really need any prior knowledge of The Hunger Games to read this)

Artemis: Alright, while we're still working on Part 19, we're going to pause that real quick and do a Hunger Games simulator!

Nico: Like, are we reenacting the Hunger Games, or...?

Artemis: Nah, it's just a cool simulator that I found on the internet and I've become obsessed with it. But here are the districts that everyone is in!

Piper: You forgot to add Brason to a district

Artemis: *sighs sadly* I know, but I could only add in 24 people. Anyways, let's get this simulator started and see who would win the Hunger Games!!!

Mr. D: *chokes on Diet Coke* How can Chiron and Macbeth defeat me and Johnny?! The Games haven't even started!

Annabeth: My name is Annabeth, not Macbeth, and his name is Jason-

Mr. D: Shut up Annabelle, no one asked you.

Clarisse: I wouldn't run away!!! Are you trying to call me a coward, punk?!

Artemis: No, it just means you get to live another day. Moving on...

Carter strangles Magnus after engaging in a fist fight-

Magnus: ExCuSe mE the last time I checked, I am a LOT stronger than that toothpick!

Carter: Who are you calling a toothpick?!

Day 1: Annabeth attempts to climb a tree, but falls on Artemis, killing them both.

Leo: *enraged and incoherent screeching* HOW DARE YOU KILL MY SIGNIFICANT OTHER

Artemis: Death by a falling Annabeth...you don't hear that every day

Frank camouflages himself in the bushes. Thalia and Alex hunt for other tributes.

Leo: If they're doing that, then we're all screwed.

Hazel accidentally detonates a land mine while trying to arm it.

Will receives fresh food from an unknown sponsor. Nico and Juniper split up to search for resources. Leo tries to spear fish with a trident. Travis picks flowers-

Travis: Does this simulator intentionally make people look like idiots?!

Artemis: Yeah, that's the bad part about it

Clarisse, Reyna, Chiron, and Piper hunt for other tributes. Connor kills Percy with his own weapon.

Percy: WHAT?! C'mon Connor, I thought we were friends!

Connor: Well, if I did try to kill you, then you probably deserved it

Carter receives medical supplies from an unknown sponsor. Grover diverts Sadie's attention and runs away. Drew camouflages herself in the bushes.

Alex: Dam, District 1 is wiped out!

Percy: Quit bragging, there are still plenty of people who can kill you too

Alex: I do that on a daily basis though

Frank: I think Chiron is out for blood now...

Chiron: Bold of you to assume that I wasn't out for blood before

Sadie receives clean water from an unknown sponsor. Grover is awoken by nightmares.

Will receives clean water from an unknown sponsor. Reyna tries to treat her infection. Nico sees a fire, but stays hidden.

Leo: He probably knew that I was the fire

Travis passes out from exhaustion. Carter start a fire.

Day 2: Alex, Will, Leo, and Travis hunt for other tributes. Piper steals from Chiron while he isn't looking. Nico and Clarisse split up to search for resources. Carter makes a wooden spear. Grover searches for a water source. Sadie constructs a shack. Juniper injures herself. Reyna travels to higher ground.

Frank: Oh I completly forgot that I died

Night 2: Juniper tries to sing herself to sleep. Clarisse attempts to start a fire, but is unsuccessful. Chiron loses sight of where he is. Carter is unable to start a fire and sleeps without warmth. Travis fends Piper, Reyna, and Alex away from his fire. Leo tends to his wounds.

Leo: Why is everyone getting fresh food except me?!

Sadie: I feel like it should be the other way around. Carter is a coward, and it's a miracle that he made it this far

Grover: *slowly inches away from Juniper*

Travis receives a hatchet from an unknown sponsor. Will scares Piper off. Leo discovers a cave. Alex and Reyna hunt for other tributes. Grover kills Nico as he tries to run.

Will: HOW DARE YOU KILL MY GHOST KING COME HERE SO I CAN KILL YOU

Will: NO IT'S NOT IT'S A DECLARATION OF WAR

Artemis: Let's move on before Will kills Grover...

Arena Event: The remaining tributes begin to hallucinate. Sadie survives. Reyna hugs a tracker jacker nest, believing it to be a pillow.

Reyna: A tracker what now

Annabeth: *gasps* Have you never read the Hunger Games?!

Reyna: And I mistook that for a pillow? This simulator makes me look like an idiot

Artemis: Welcome to my world

Juniper survives. Travis hugs a tracker jacker nest, believing it be a pillow. Piper mistakes Leo for a bear and kills him.

Leo: Pipes, really?! I thought we were friends! If anything, you should've killed Frank since he can turn into a bear!

Frank:...I thought I was already dead-

Chiron survives. Carter survives. Will hugs a tracker jacker nest, believing it to be a pillow. Alex survives. Grover eats a scorpion, thinking it a delicate dessert.

Sadie, Juniper, and Alex sleep in shifts. Chiron convinces Piper to snuggle with him.

Chiron: There's a reason why this is just a simulator...none of this would happen in real life

Carter tries to sing himself to sleep.

Sadie: Good thinking brother. Your singing sounds like an animal being murdered, so that would chase the other tributes away

Carter: I didn't realize someone could make a compliment sound like an insult. I guess you're naturally talented in that

The Feast: The Cornucopia is replenished with food, supplies, weapons, and memoirs from the tributes' families. Chiron sobs while holding a photo of his friends and family. Piper decides not to go to The Feast. Sadie and Juniper fight over raw meat, but Juniper gives up and runs away.

Juniper: Why would I want meat?! That's just barbaric! I would never eat or harm an animal!

Night 4: Sadie cries herself to sleep.

Sadie: Haha, I do that all the time anyway!

Leo and Carter: Wait no-

Day 5: Sadie receives clean water from an unknown sponsor. Piper camouflages herself in the bushes. Carter sets an explosive off, killing Chiron and Alex.

Jason: I think Carter is out for blood...

2 cannon shots can be heard in the distance. Chiron - District 10 Alex Fierro - District 5

Hazel: I don't really agree with violence, but I need to know who the winner is. Can someone just kill someone already?

Night 6: Juniper convinces Sadie to snuggle with her. Carter and Piper tell stories about themselves to each other.

Day 7: Sadie defeats Juniper in a fight, but spares her life.

Percy: Are you sure you aren't Ares in disguise?

Mr. D: Shut up Potato Janitor, Ares is a jerk. I'm a lot better than him

Mr. D: Contradict me again Perriwinkle, and I'll turn you into a grape!

Night 7: Piper and Sadie run into each other and decide to truce for the night. Juniper screams for help. Carter thinks about winning.

Mr. D: Ah yes, this is where it gets good

Thinking they could escape, Sadie and Juniper attempt to run through the border together. Carter restrains Piper to a tree and leaves her to die.

The winner is Carter Kane from District 12!

Carter: Why can't you just accept the fact that I won? Why do you want me to die so badly?

Sadie: It's called sibling rivalry, brother dearest. And aren't we supposed to see who got 2nd place and all that?

Artemis: Yeah, just give me a sec while I pull up the results:

Artemis: Yeah, but the person who killed the most was Chiron, who murdered 6 people before he himself died

Percy: That's nice. My mentor is a homicidal maniac.

Artemis: Yes he is. And that's the end for this! Again, I'm really sorry about the Part 19 delay. If you guys liked this Riordanverse Hunger Games thing, then maybe, if you guys want, I could do this but put the Greek gods in instead? Or maybe the Egyptians or Norse demigods? It's your choice, but I hope you guys liked this! Until next time, bye!!!