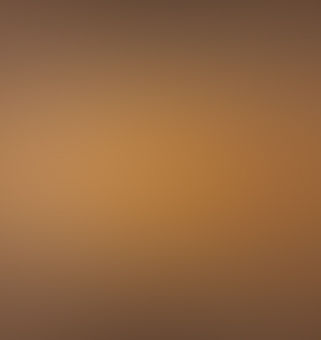 Goldenflame: Hello everyone! I'm back, and this time Leo promised to behave himself. Right, Leo?

Goldenflame: Good :) Now onto the first question! Question: why do you think that bricks keep hitting Jason on the head?

Hazel: It's a ship name for you. Brick and Jason combined make Brason

Jason: But I'm dating Piper! And Hazel, why are you in on this too?!

Frank: Everyone at Camp Half-Blood and Camp Jupiter ship it Jason.

Nico: Since a brick first hit your head. Not all of us are children of Aphrodite, but we knew it was love at first sight.

Jason: For the lAsT tImE I'M DATING PIPER, NOT A BRICK!!!

*I gotta calm down Jason, so just hang on a sec. Also yeah, Brason is a real ship for those of you who didn't know. Look it up at your own risk. Now, back to the questions!!!*

Goldenflame: Ok then, now that Jason has calmed down, we can do the next question!

Frank: You better not, or else-

Hazel: Frank, don't threaten them! @halojones06 was just being sweet :)

Clarrise: Shut up punk! The question said I wasn't allowed to call you my least favorite, but there's nothing stopping me from beating you into a pulp!

Leo: Frank's never been my least favorite, I'm just disappointed that he isn't more of a party animal

Frank: Was that another pun-

Leo: But I'd say Drew and Octavian are my least favorite demigods

Literally all of the Romans: Octavian.

Nico: Everyone is my least favorite demigod. Except Will.

Goldenflame: I always love those tiny Solangelo moments. They're awesome. Here's question #3: Questions for the demigods named in the books that aren’t part of the seven: thoughts on ALL members of the seven. That means, what thoughts do you have on every member of the seven.

Percy: By books, did you actually mean my diary?

Annabeth: He's still bitter about that.

Clarrise: HA! Jackson has a diary! I'll make sure all of Camp Half-Blood knows about that. But as for the 7, I think they get too much credit for this type of stuff. Most demigods do heroic stuff too, but they never get recognized since they don't look big or strong, so it isn't considered heroic

Leo: Clarrise, that was deep...

Clarrise: SHUT UP DWARF! YOU AREN'T EVEN SUPPOSED TO BE ANSWERING THIS QUESTION

Leo: *muttering* Magnus rubbed off on her -_-

Nico: Jokes on you I'm not one of the 7, so I get to answer. And they're all tolerable, I guess.

Coach: They're all lazy cupcakes if you ask me! All they do is save the world one time, and they never gave credit to their chaperone. They still haven't!

Chiron: I think the 7 are all very brave and heroic for the deeds that they have done. I couldn't be prouder to have them as my students

Goldenflame: Aww, that's sweet Chiron. Here's question #4: Question for Grover, Tyson, juniper, Chiron, and coach hedge: what were our thoughts when you heard that percy and annabeth fell into Tartarus?

Grover: MY OTP FELL INTO TARTURS?!?!?

Grover: WHO IN THE NAME OF HADES WOULD THROW EVERYONE'S OTP INTO TARTARUS?!?!!?!? THE GOD OF TROLLS???

Annabeth: Actually, yeah he probably would.

Coach: If you ask me this question again, I'm going to deny I ever said this but... I actually felt really sad when those cupcakes fell into Tartarus. The Argo II didn't feel the same afterward.

Chiron: I was deeply devastated when I heard about how Percabeth fell into that hole-

Goldenflame: I still don't really understand why they're called Percabeth, I really don't. The obvious ship name for them is Seaweed Brain.

Piper: Seaweed...Brain... OH MY GODS I GET IT NOW AND I SHIP THEM EVEN MORE

Goldenflame: Exactly, so let's go to the next question! Question: why do you think the fates hate Percy so much?

Percy: They enjoy seeing me suffer. Next question?

Goldenflame: Question: demigods, what do you think were the expressions of the olympians when percy cut off Medusa’s head, put it in a box, and shipped it to the throne room on olympus? Gods, what were your expressions?

Leo: I think they might have turned to Poseidon and said something like, "This is your son" and Poseidon having a Proud Dad™ look on his face

Poseidon:...How did you know that?

Percy: Wait, is that seriously what happened?

Goldenflame: Leo has psychic powers apparently, but let's go on to the last question of this episode! Question: Anyone else realize that when Nico told you guys that you were ‘dead’ to him... do You see where I’m going with this?

Leo: He occassionally has a sense of humor. Although it can be pretty dark most of the time

Nico: Dark humor is like clean water. Not everybody gets it

Goldenflame: *is laughing like a maniac in the corner* So true Nico, so true...I don't think this is a good thing to be laughing about, but oh well

Goldenflame: And that concludes episode 8 of Ask the7! If you have any questions for us then feel free to drop them down in the comments below. And as always, we'll see you soon. Bye!!!