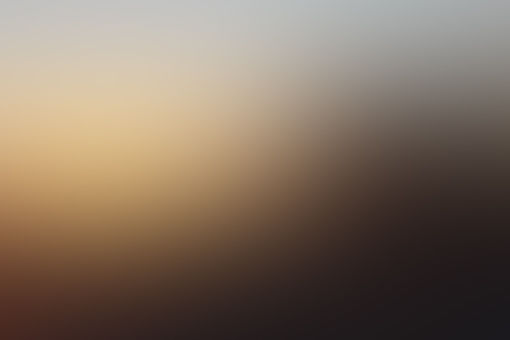 goldenphoenix 🎶I am inimitable, I am an original🎶
Autoplay OFF   •   4 months ago
Transcript Use Images
We love answering your questions @halojones06! Keep sending them in!
funny rick riordanheroes+of+olympusheroes of olympuspercy jacksonleo valdez funniest leo valdez stories

Goldenflame: WE HAVE MORE QUESTIONS TO ANSWER!!!!

Frank: Goldenflame, I think you're getting way too addicted to this...

Goldenflame: DAM RIGHT I AM This one isn't really a question, more like a statement, but I'm still gonna share it anyway: Leo, that was what i thought when i was talking with @goldenflame in a chat, that your ADHD made you forget the interview. I showed goldenflame the video evidence by sending it to him through the same chat.

Leo: You guys have private conversations...about us?

Goldenflame: We're not stalking you or anything, we're just talking about how amazing you guys are!

Leo: *dramatic sigh* You can be a huge sap sometimes, you know that? It makes it really hard to be mad or annoyed at you

Goldenflame: Being a sap is one of my main goals in life <3 And here's the next question: Question for the seven, nico, and all the other characters that get named in PJO (you know who they are, percy, since, apparently, rick stoll your diary): thoughts on minecraft, the video game?

Travis: Did this guy just use a stoll pun on us?

Connor: I think they did

Leo: Minecraft is AWESOME! I can make things I never would've thought of!!!

Percy: Leo, you make everything

Hazel: Again, what is Minecraft?

Hazel: WHAT HAVE I DONE?!

Annabeth: Minecraft is a game of using square blocks to build things, survival, and fighting zombies and skeletons

Frank: Isn't that what we survive from now?

Nico: I could send skeletons after yo butt, son!

Jason: What the- Nico, why are you talking like that?

Nico: I have zero idea, help a brother out!!!

Goldenflame: Leo, what did you do?!

Leo: Um, I made a machine that can change a person's voice...

Nico: Why would you make somethin' like that, bro?

Leo: Hey, you guys said I could build anything

Percy: Why did we say that?

Jason: No one knows.

Hazel: Could you build something that reverses it?

Leo: Sure, give me a sec

*Banging, whirring, and wapowing noises are heard in the background*

Leo: Ok, I'm back. Nico, scan yourself with this

Nico: Ok bro, how do ya turn this sucka on? Oh found the switch bro

Percy: Did it work?

Nico: *with southern accent* Do I sound better, y'all?

Goldenflame: *been recording this the entire time* Oh Will is going to love this so much...

*after Nico gets his actual voice back*

Goldenflame: Ok, now that Nico's back to normal, this is the next question: Another question: trump?

Goldenflame: Um... we obviously have our own opinions about him, but we don't want to offend any Trump or Biden supporters, so I'm afraid we can't answer that question. We can answer the next one though!

Yet another question: who’s worse, Octavian, gaea, Kronos (and i don’t mean Luke, i mean Kronos himself), or Hera/Juno?

Percy: Well, since Hera is the root problem out of all of the quest's we've been on, then I'd say the worst one is Hera

Everyone else: *nods in agreement*

Goldenflame: That didn't take as long as I thought it would, so the next question we have is for... (drum roll please)... Nico!

Nico: I have a bad feeling about this...

Here's the question: To: nico: does anyone, besides who was there when you met Cupid, know about your first crush? If not, then tell them.

Jason: Oh I know who it is

Leo: Yeah, that's because you were there Jason

Percy: I know who it is too... but apparently I'm NoT hIs tYpE aNymOrE

Nico: I SAID THAT ONE TIME PERCY, ONE TIME

Goldenflame: Well, since it's clear that Percy and everyone else knows about Nico's first crush, let's move on to the last question! To: every demigod: who’s the strongest? (No threatening people if they don’t say that your the strongest)

Percy and Jason, in sync: Me

Annabeth: Oh no, not this again...

Leo: Didn't you guys have an actual sword fight over this?

Percy and Jason: Yeah, and I won!

Hazel: Wait... Piper, you were there, weren't you? Who won? Then they'll stop arguing

Piper:....*sighs* Jason, sweetie, I love you and all, but... during the fight, I saw Percy about to kill you. He's stronger

Goldenflame: Oh Hades no, don't you dare give me those eyes, I'm staying out of this one

Percy: It's totally fine Jason. You can't handle the truth, that's all

Goldenflame: Oof, poor Jason. I'll give a bowl of ice cream later. And thank you @halojones06 for your questions! We find them really fun to answer :) If you guys have any questions for us, drop them in the comments below! And as always, we'll see you soon. Bye!!!!