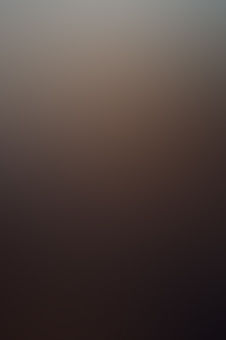 Goldenflame: We took @halojones06 and Ria's advice and turned off Piper so Nico could get the demon out

Frank: Goldenflame, we gave her a concussion-

Goldenflame: But it got the demon out, so we're all good again! Oh, and Ria had some stuff she wanted to share with y'all:

1. Solangelo = OTP for life 2. Nico, Will, I'm thinking of designing a sort of vintage type wedding with a mix of moderns, so lots of blacks and whites but a pop of yellow here and there.

Nico: Sounds good to me

3. Mention any cute ships in front of me and my inner fangirl demon (which is extremely powerful since I've been a fangirl since I was 8) will release and no one can calm me down till I've read a serious story. (It reduces the excitement)

Leo: If you want a serious/depressing story just look through Goldenflame's diary, there's a lot of stuff in there

Goldenflame: Leo Valdez, if you touched my diary, I will skin you alive very slowly and painfully, and then I will personally send you to Tartarus.

Leo: I was just joking, I actually didn't know there was that type of stuff in there-

Goldenflame: Just forget about it. Here's the rest of what Ria said!: 4. I'm open to plan anyone's wedding if you'd like. 5. Call me Ria, ONLY Ria, unless you come up with a nickname or such.

Hazel: We need a Brason wedding

Jason: *sighs* I give up trying to convince them that I don't love a brick...

Goldenflame: Brason is cute though! Anyways, today we have a LOT of questions, so let's start answering! This first question is from @halojones06: Thoughts on Micheal jackson?

Leo: He was one of the only people who were as cool as me. Nico, can you resurrect him?

Leo: What's the point of being a son of Hades if you can't bring Michael Jackson back from the dead?!

Percy: HE'S THE BEST SINGER IN HISTORY HOW CAN YOU NOT KNOW WHO HE IS

*after we make Hazel listen to all of his music-*

Hazel: NICO YOU HAVE TO BRING THIS MAN BACK ALIVE

Goldenflame: Alright, let's stop bullying Nico for something he can't help. Here's the next question!: Thoughts on queen? (The people who made we will rock you)

All of us: HE'S JUST A POOR BOY FROM A POOR FAMILY SPARE HIM HIS LIFE FROM THIS MONSTROSITY

Goldenflame: Ok, now that we've finished having our little karaoke session, this is the next question: Thoughts on Lin-Manuel miranda?

Leo: Wait, how are you related to Lin-Manuel Miranda?

Will: You didn't know? He's a son of Apollo. He's one of our dad's favorites if we're being honest

Annabeth: You both are lucky! I honestly thought he was a child of Athena. I mean, his musicals are pure genius, but I guess it makes sense that he's an Apollo kid

Will: Well, he's not a kid anymore obviously, but it's something that we like to brag about

Goldenflame: The sad thing is, most of us in the Apollo cabin have never met him before. But here's the last question from @halojones06: Nicknames for the gods?

Piper: My mom's often been called Barbie. I don't know when that nickname came around, but that's what other campers call her. And I've heard some people call Demeter Life Cereal

Nico: The Hermes cabin refers to Hades as That One Emo Kid. Or maybe they were talking about me

Percy: Dionysus is the Wine Dude (obviously), Athena is Bookworm, Zeus is Air Head, Posidon is Aquaman, Ares is Big Jerk, Artemis is Arty (Any Artemis Fowl fans here? No? Just me? Ok), Apollo is Sunshine, and Hera is a Big Fat Bi-

Goldenflame: OK I THINK WE'RE DONE WITH THAT QUESTION. @_queenie_ asked: Question for Nico: Do you play Among Us

Nico: YES IT'S THE BEST GAME EVER

Jason: Leo, why did you have to show Nico that game?

Leo: Because it's awesome! Don't pretend that you're not addicted to it too, Sparky

Goldenflame: Among Us is 10/10. Question for Percy: The worst thing Annabeth has ever done

Annabeth: Percy Jackson, you better answer this question correctly, or I will kill you.

Percy: *starts sweating* W-well... Annabeth is perfect, and she hasn't done anything wrong. Ever.

Annabeth: *nodding her approval* Looks like you get to live another day Seaweed Brain

Percy: H-how do you know what my brain looks like?!

Annabeth: I have my ways.

Goldenflame:... I'm not even going to question that. Jason! Question for Jason: Do you think Leo is sus

Leo: You can't prove that.

Jason: YES I CAN! Everytime we play Among Us, you're always the imposter and kill me first! But no one else believes me!

Goldenflame: I think someone's been playing Among Us a bit too much... Question for Leo: What is your fav song

Leo: LIGHT 'EM UP BY FALL OUT BOY IS THE BEST SONG EVER IF ANYONE DISAGREES YOU CAN FIGHT ME

Goldenflame: YES! I'm no longer the only Fall Out Boy fan here! Question for Hazel: Have you tried Chicken Nuggets yet?

Hazel: Chicken nuggets are ambrosia, but like, a thousand times better! I love them more than anything!!!

Leo: At last! My apprentice has finally learned the wonder and beauties of a chicken nugget!

Goldenflame: I agree, chicken nuggets are pure and amazing! Question for Frank: Fav animal to turn to?

Frank: Hmm, that's a tough one. I guess I would have to say a dragon? I mean, turning into one does take a lot of energy out of me, but I'd say it's my favorite

Goldenflame: Dragons are the best! Question for Piper: Pros and Cons of being an Aphrodite child?

Piper: *still has side effects from the concussion, but she's doing better* The pros are the charmspeak, which is probably the only good thing about being an Aphrodite kid. And the cons...well, getting possessed by a Fangirl Demon is the worst. Mainly children of Aphrodite and Athena get it, but apparently, mortals do to

Percy: *backs away from Annabeth*

Goldenflame: Well that's a relief! Question for Will: Do you let Nico have his daily Happy Meals?

Will: Of course I do! I'd be a terrible boyfriend if I didn't!

Goldenflame: *squealing over cute Solangeloness* Piper, you have a question from @autumnleaves! Question for Piper: Were you more embarrassed or laughing when you learned about the Hephaestus-traps-Aphrodite-and-Ares-on-the-bed thing? (assuming that you read the 'gods' books, that is)

Piper: *starts laughing uncontrollably* Oh my gods, I think I actually died when I found out about that! My mom was so embarrassed! I even gave Hephaestus an Iris message just so I can thank him for doing that.

Leo: *ProudSon™ look on his face* I love my dad.

Goldenflame: Hephaestus is underrated. He deserves more love and respect. But here are some more questions! @the_epic_reader asks: Question for Will: how long have you known you were gay?

Will: I was wanting to see if me being gay was a phase. I'm glad that it wasn't, otherwise, I wouldn't have ended up with the most amazing person to have ever lived <3

Goldenflame: Aphrodite did one thing right by making Solangelo :) Question for Will: who have you ever dated (full list)?

Will: No, that's my whole list of people that I've dated

Nico: Wait, are you serious?

Will: Yeah. I've never dated anyone before you

Goldenflame: I think my heart's going to burst from all of this Solangelo stuff. Nico! Question for Nico: if you had to date someone who wasn't Will who would you choose?

Nico: If they weren't like a sibling to me, then Goldenflame, but I guess I'd say Frank.

Nico: Believe it or not, you're the most tolerable out of all of them.

Goldenflame: That wasn't the answer I was expecting, but moving on! Question for everyone: what if Percy and Nico were a thing (just saying- ew)? (Perico)

Goldenflame: My Texan accent is rubbing off on him...

Nico: Wait, actually it could sail

Nico: SAIL RIGHT OFF A CLIFF INTO TARTARUS! HAHAHAHAHAHA

Goldenflame: Just because I'm curious, and as the host I am allowed to ask quesitons, which faction would you be in? (Divergent by Veronica Roth. No spoilers, I promise)

Jason: I would be Dauntless of course

Hazel: Abengation, I would love to help everyone

Annabeth: Eruidte obviously, but to be with Percy I think I would be a stiff (Abnegation).

Leo: Yeah, you are pretty stiff

Leo: *ignores Percy* I think I would be in the awesome faction

Percy: And I think you would be factionless!!!

Leo: Yeah??!! So you think I can't make my own faction. I would be in the Team Leo faction.

Annabeth: *glares at Percy and Leo* Can't you both just answer the question like we all did?!?!?

Percy: *gives the yes ma'am look* I think I would be Divergent

Annabeth: Don't you guys get started on that.

Piper: I think I would be Candor

Goldenflame: I'd say that I was Divergent. But let's answer the final question! Question for everyone: favorite movie and song?

Leo: I already said my favorite song, but my favorite movie is probably the X-Men series. IT'S SO GOOD

Nico: My favorite song is Lost Cause by Imagine Dragons because it reminds me of me.

Annabeth: My favorite movie is Titanic. It's so sad, but it's such a cute movie, and it's based on a real event. And my favorite song is probably Stronger by Kelly Clarkson.

Percy: FINDING NEMO IS THE BEST MOVIE AND NO ONE CAN SAY IT'S NOT and my favorite song is Under the Sea from the Little Mermaid

Jason: I like the Superman movies (no surprise there) and my favorite song is Thunder by Imagine Dragons

Frank: My favorite movie is the Jungle Book and my favorite song is Animals by Maroon 5

Leo: Wow Zhang, two puns in a row. Not bad

Hazel: My favorite song is Diamonds by Rihanna (pun intended) and I'd have to say that my favorite movie is The Fault In Our Stars

Piper: *cries* The f e e l s of that movie tho, that one is my favorite too, and my favorite song is All of the Stars by Ed Sheeran since it's related to that movie.

Goldenflame: The book will always be better than the movie...and that's the end of part 16! If any of you guys have more questions for us, just comment them down below! I'm sorry it took so long for me to post this, but I hope you enjoyed it! And as always, we'll see you soon. Bye!!!