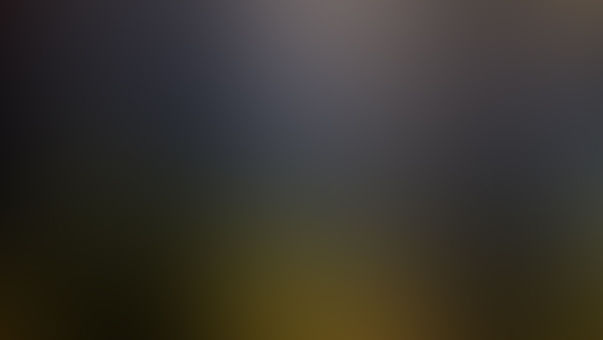 Goldenflame: Leo, we have fangirls

Leo: Is that good or bad?

Piper: Well you're the new OTP, so it's kind of expected to have fangirls

Goldenflame: Solangelo is always the best OTP no matter what

Hazel: Is it just me, or have you both started arguing less and agreeing more?

Leo: Why would I annoy Goldie? They're my better half, my significant other

Goldenflame: Although you can be a significant annoyance...

Nico: I feel for you

Will and Leo: I'm offended

Goldenflame: Yeah, anyway we have more questions to answer! @harmvk4eva asked: Question for Annabeth: How would you design Mount Olympus if you could?

Annabeth: Well, for the throne room of Olympus I was thinking of maybe adding silk tapestries showing the gods in all their glory, and I was thinking of making shrines for all of the minor gods, and maybe add a temple that shows a different symbol of each god every day... I have a lot more ideas for Mount Olympus, but I just wanted to share a few that I had

Goldenflame: If Annabeth recreated Mount Olympus, I would accept immortality in a heartbeat just so I could live there. Nico, this next question is a bit deep, and you don't have to answer it if you don't want to: Question for Nico: Bianca or Will?

Nico: *tearing up* H-how can you expect me to chose between two people that I love?

Will: *rushes over to hug Nico*

Goldenflame: I think Nico needs to be alone for a bit, so I won't bother him with the next questions. @halojones06 askes: Question for everyone (minus percy, because it’s about him. Also, could the gods also answer, please?): what do you like about percy? What do you dislike?

Ares: That little brat? There's nothing to like about him

Athena: If he tries to propose to my daughter, I'll skin him alive

Piper: Mom, we talked about this... and I think that Percy is a pretty good leader, although he can be oblivious at times

Apollo: He's pretty chill, and he hasn't given me any reason to dislike him

Zeus: I won't forgive him until he tells the truth and says that Jason won that battle.

Hades: Percy comforted my son when he needed it, so he isn't too terrible...

Hera: He's an excellent pawn- I mean, demigod, for quests

Hermes: He's a good kid with a good future ahead of him. Martha and George would probably agree with that too

Poseidon: Percy's my favorite!!! There's nothing bad about him, the other gods are just jealous that their kids aren't as cool as mine

Goldenflame: Before the gods start World War 3, do any of you other demigods want to answer the question?

Annabeth: He's my boyfriend, so he's the best. He can be pretty stubborn and stupid, but he's not dislikable.

Jason: Percy's a great guy and all, but I think he should give other people a chance to lead sometimes

Frank: Percy's like a brother to me, and he hasn't done anything that made me dislike him

Goldenflame: And here's the next part of that question: Stupidest thing percy’s ever done?

Jason: He thought he could beat me in a battle

Piper: He made a bet with me

Percy: I feel really hurt that you guys don't even have to think about the answers to these questions, you just know...

Goldenflame: Poor Percy. Olympian Gods, you all have a question from @coolcalliope: Question for the godly parents: How do they feel when their kid does something especially stupid?

Athena: I disown them. Simple as that.

Posiedon: Since Percy is technically my only demigod son, and his acts of stupidity save the world... I'd give him a high five

Zeus: My kids would never do anything stupid! They're perfect!

Aphrodite: My kids are too pretty to do anything stupid Piper: *inwardly fuming* Clearly she forgot about Drew...

Hermes: I'd probably give my kids a warning and then a pat on the back. It depends on what the stupid thing was

Apollo: I don't really pay attention to my kids, so if they did something really stupid, I wouldn't care. Unless it happens to be a situation where they might destroy the world. It's really annoying when stuff like that happens

The other gods: *nod in agreement*

Goldenflame: Ok, then! @wilddreamer asked: Who is your favorite person in all the 7? (For all of them)

Leo: Leo Valdez is my favorite person out of the 7

Goldenflame: Did you just refer to yourself in the third person?

Percy: Annabeth is the best

Annabeth: He may be a dork sometimes, but Percy's my favorite

Jason: Piper is my favorite

Goldenflame: Coach Hedge? Who's your favorite out of the 7?

Coach: They make me uncomfortable. So do Canadians.

Jason: So, really, half the people on the Argo II make you uncomfortable?

Goldenflame: Fair enough. @wilddreamer's next question is: Leo, how would YOU propose to Goldenflame! XD

Leo: Uh... well you see, I haven't really thought this through, since, y'know, we started dating literally only a day or two ago, but when I propose to Goldenflame, it will be very unique, creative, and amazing. They'll love it

Goldenflame: *internally screaming when realizing that Leo said 'when' and not 'if'* That's so sweet Repair Boy :)

Nico: I knew Leo was a flirt, but it's really weird seeing him as a romantic

Leo: Oh you're back.

Goldenflame: ANYWAY I think @bookishtween13 is the biggest fangirl of them all (which is totally cool), and don't apologize about the misgendering thing! You could call me an it and I wouldn't care. The first question she asked was: Annabeth, who is your favourite HP character?

Piper: You're just listing off literally every Harry Potter character, you know that right?

Annabeth: I have multiple favorites! I can't just pick one!

Goldenflame: So to really answer the question, Annabeth doesn't have an actual favorite since they're all her favorites. The next question is: Aaaaand Goldenflame, what do you think are the hogwarts houses for all the demigods ?

Percy: Why am I in the potato house?!

Annabeth: The what house

Percy: Isn't that what the yellow house is called?!?!

Goldenflame: Percy, it's called Hufflepuff, and I put you there instead of Gryffindor because I think that your fatal flaw defines you, you're too loyal to your friends. Just like a Hufflepuff

Leo: So why did you think I was a Ravenpuff?

Goldenflame: Because you're smart and adorable at the same time

Goldenflame: Alright boys, settle down. We have one more question! OOH and Leo, Goldenflame, can I please plan your wedding???

Leo: Holy gods, Goldie you were right about the fangirls-

Goldenflame: I'd be fine if @bookishtween13 planned our wedding, as long as there is no pink. Like, at all.

Leo: And as long as Nico isn't invited

Goldenflame: Nico WILL come, and you'll suck it up Valdez

Goldenflame: That's the end of episode 13! I know that there were more questions in the comments, but this episode took a bit longer than expected, so Part 14 is basically Part 13 1/2 so we can finish answering the questions that were asked before. But if you have any new questions, always feel free to ask! We love answering them :)

Leo: And as always, we'll see you guys soon. Bye!