Commaful
How to get rid of a crush (pt 4) 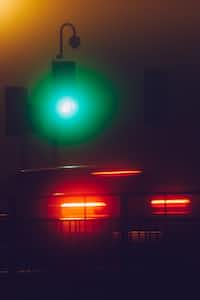 glue_me_back Darling, I love to make you smile.
Autoplay OFF   •   5 months ago
Transcript Use Images
Jess and Gabriel are together now, and they go with Natalie and Justin on a camping trip. But what will happen?
romance tealovecrushwoahromance

'Wanna go camping this weekend?' Justin asks me, out of blue. We were hanging in his room, playing World of WarCraft (don't tell him I said this but I'm not a big fan of video games). 'Huh?' I reply, thinking I misheard him.

'Like, it's fancy camping trip or something. Anyways, Nats wanted to go on it, and now you have a girlfriend...' Justin trails off, sighing in confusion. 'You know,' I say, 'It's not that suprising that I'm dating?' He just scoffs. 'Yeah right.'

I roll my eyes. He's just being petty that we are equal now. It's been 3 weeks since Jess kissed me; 3 weeks since we decided to be together. And honestly? I'm enjoying ever moment of it. This feeling of being cared for and someone who genuinly wants to be with you and talk to you.

At the back of my mind, though, there's that nagging voice telling me that I'm a guilty person, who should be ashamed of themselves. Because whenever I look at Natalie, I still wonder "what if".. Of course, Justin and Natalie got over there 'little' fight, and Justin has 'forgiven' me for, well, talking to his girlfriend.

'You could bring your girlfriend, and we could go to this camping thing. Plus, a bunch of other students from our school are going too.' Justin finishes, turning off his game console and scrolling though his Snapchat. 'I'll talk to Jessi.' I promise.

'Mmmm...' Jess moans, letting the taste of vegan syrupy waffle fill her mouth, 'I think I might have to dump you for this food.' I raise my brow. 'Too early for dumping jokes?' She asks, laughing at my expression. I nodded and scoffed. 'Anyways,' I say, 'Do you wanna go?'

'Sure! Why not? I finally get to meet you rbest friend.' Jessi replies. 'At this point I think that he belives that I'm making you up.' I laugh, putting my arm around her shoulder. She chuckles. 'Why would he think that?' and kisses my cheeck quickly. I decide to change the subject. 'What book you reading?'

'Oh, Romeo and Juliet. The ntypical school book that i'm going to have to write, like, 5 essays on,' Jessica says, shrugging. 'Except for the fact that you actually like to write essays.' I say, snorting. 'You too!' She cries, smacking my arm, 'You're a physics whizz.'

'Yeah, I know.' I think back to the time a month or so ago when Natalie said I was the smartest person she knew, especially in physics. I couldn't help but blush at the memory of her stammered words. 'Aw, babe, don't worry: I think it's cute that you're a nerd!' Jess says. I say nothing.

'I have to pee, dude!' Justin whines from the back of my car. 'You had to pee 10 minutes ago.' I hiss back. 'Well I have to go again.' He grunts. Jess shoots me a look from the shotgun seat, and I here Natalie huff behind me.

Natalie... It was the first time I had seen her in ages! So, of course, this whole road trip had been a quiet, awkward mess. Especially after Justin gaped, mouth open, at Jess for a good half hour after seeing her.

'I brought some cans of Sprite. Just drink it and pee.' I send Jess a look of annoyance. This car is new; I got it for my birthday. I don't want Justin peeing on it only months after getting it. 'Good idea!' Justin exclaims, 'Very smart.' I'm pretty sure a snail could have thought of that idea.

Jessi just smiled tightly and kept scrolling though her phone, ignoring me, whilst Justin kept whining and drinking his can of Sprite. Natalie had a grim expression, but she was biting her lip so I knew she was nervous. She looked at Justin in disgust then at Jessi...with the same look of irritation.

'No offence, that might have been the worst road trip I have ever been on.' Jessi says to me while she takes out her pillows and toilettries 'At least you had data.' I say back.

At the campfire, Justin plomps himself down next to Jessi, making Natalie sit uncomfortably on the edge of the log. Around us are many other students I recognise from our school, with their friends or people their dating. Some people nod and smile at me when they see Jessi by my arm: that never happened before

And, in general it was boring. For the first couple days we did the typical things, like hiking and foraging and marshmallow roasting. But there was no general chatter, or party games or, really, frienship. just a group of people who got together because they were bored.

At least I thought they were bored. 'Hi,' says Natalie, perching down next me. I am scrolling on my Instagram, bored as ever. I look around to see if Justin is watching. It's like she reads my mind when she says: 'Don't worry, Justin said he was going to get some coffee from the nearest shop. Might take him a while. You know how he is.'

'Hey,' I smile, 'Yeah, Jessi said she was going to try her best to wash her hair with the showers they have just over that field. Has fresher water or something. ' 'So, I guess it's just us two now...' Nat trails off. 'Can I be honest?' I ask, and she looks up at me, eyebrows raised.

'I. Am. So. Bored.' I grunt, half laughing. 'No, me too. Not sure why I thought this would be a good idea. My uncle prepared this event so...' 'Maybe we skip the last few days and head home?' I wonder, shutting off my phone. Natalie nods slightly, biting her lip.

Behind the light shimmer in her cobalt eyes, and the rosiness in her cheecks, I can see through the mask of joy she's tried so hard to present herself with and behind i see it: fear. My heart starts to flutter as I tell it internally to stop beating so fast. Because I am here. Alone with Natalie.

'What's going on?' I ask suddenly, and I can't help myself, I touch her hand. Natalie jumps slightly at the touch, and then looks away. 'I - I think Justin is cheating on me.' Oh.

'Well, I don't think, I know.' She says again. I think about the way he kept looking at MY girlfriend as well as the fact that he's cheating. Justin's a guy looking for trouble, that's for sure. 'How do you know?' I ask her, although I don't doubt her at all.

She looks guilty. 'I - I looked at his phone. He got a notification from a random number with a bunch of emojis and weird, lovey-dovey texts.' 'Oh.' 'She said, "Great to see you again!" and "The book I'm reading reminds me of you."'

I frown,'What book?' She hesitates, thinking, before telling me 'Romeo and Juliet? She said something about family tearing each other apart.' A tear escapes from her eyes as she whimpers. 'He treats me like craps and all the while he's cheeating.' Natalie whispers, as I pass her a tissue.

And suddenly, I am feeling remorse, this feeling of betrayal, not only for her but for me. Because I know who Justin is cheating on Natalie with. 'Come,' I say, 'Now.'

I didn't want to be right. But there I was standing, watching Jess wrapped up in Justin's arms, kissing each other desperately in the glowing light of the campfire. The second campsite: the place they knew they would be safe. Or so they thought. Natalie was the first to speak.

'I gave you my heart.' Natalie hisses. The pair in front of us stops and pulls away suddenly at the sound of Nats broken, hollow voice. 'I gave you my heart after you treated me like crap...and this is how you repay me?' She cries, still quiet, not quite looking anybody in the eyes.

'Well,' She shrieks, slightly hysterical, 'If that's the game you want to play.' And she does the last thing I expect. She grabs my collar, pulls me towards her and kisses me hard. 'No!' shouts Jess from behind me, and I'm pretty sure I hear Justin growl.

I don't care though. I'm wrapped up in the arms of a girl im crazy about and I'm not letting this moment pass. That is until I feel Justin's first on my backside. I break away from Natalie due to the pain but she looks as me wide eyes, almost fearful, as if kissing me was the last thing she had been expecting too.

I thought she might say something, crack a smile, come close to me. But she turns swiftly around and runs away into the trees. Leaving me with a furious Justin and Jess. 'Don't touch my ex-girlfriend.' But they were coming from my mouth.

I pack as quickly as I can, ignoring Jess who runs to me, trying to explain that it was a all a big mistake, but I know better. I slam my car door shut and drive away, switching my GPS on. Jessica can get a ride with Justin anyways.

When I get home, I delete all the pictures of Jess as well as her number. Then I block Justin so he can never bother me again. I try to sleep but it never comes.