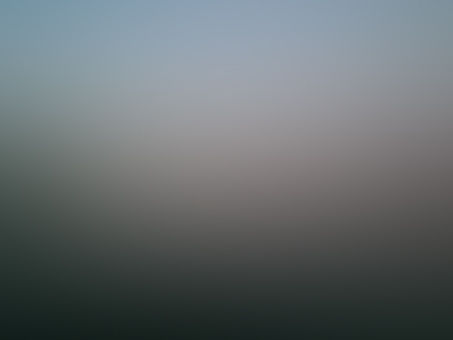 glitzkitten I'm a novel/fanfic writer.
Autoplay OFF   •   7 months ago
Transcript
Two boys are brought together by pain and unexpected circumstances. One is haunted by past events while the other is an outcast of society. Both boys are trying to overcome the challenges that life throw at them, all while discovering what lies in their past that will change then for better or worse.
feelings lovegayblemwritessadtraumalgtq+ lgbtq emwrites stories

A bright light shone into my room through the window. The sun light up the little particles of dust that were floating around my room.

I heard footsteps from across the hallway, my dad was making his way over to wake me up.

"Come in." I shouted as the door crept open. My dad smile at me and said that I had to get up.

I made my way across the hallway and down the stairs, walking into the kitchen to boil the kettle. The T.V was turn on to the news station, they predicted a rainy forecast and lightning storms.

I sat down at the table with my dad sipping my coffee and staring at the T.V. I placed the empty coffee cup in the sink, while grabbing the umbrella off the rack.

My dad I gathered our things and headed off. None of the students were there, it was only staff and faculty people.

I entered my classroom and laid out my belongings. I took out my phone and checked the weather forecast again. There were two warnings:

Other students began to enter the class, so I turned my phone off and shoved it into my bag.

The sun started to dim as grey cloud began to fill up the horizon, blocking the sunlight from getting through. I felt a thud next to me, it was my desk mate placing his books on the table.

He tried to make conversation by saying 'Hi', but I shut him down immediately, not wanting to talk.

Doesn't he get the point, I don't want to talk, or be his friend. It will never end well, either someone is always going to be hurting, and I don't want that to be me.

My dad entered the classroom telling the students to be quiet, which they did.

"How can they be so god damn lively." I muttered.

My desk mate looks over at me, with a look of confusion of his. I shrugged; he looks back up at the board where he was teaching.

I heard I light tapping noise on the roof, then a droplet of rain slides down the window.

One of the boys shouted out that it was rain, the class then turned their heads towards the window to see what was going on.

'It's just rain, what's so special about it.' I thought to myself. The class's attention returned towards the front when he raised his voice.

My focus was directed out the widows to where the people on the streets were rushing about, to and from. Not taking any time to admire their surroundings, but then who does.

I took a deep breath then rested my head on my arms, half listening to the lesson half focused on the raindrops that trickles down the window.

The lesson was nearing to an end, the students had become chattier, the more disinterested they got.

They gathered into their groups heading off to their break while their teacher went into the staff room.

All but one boy was gone from the classroom, an emotionless face stared out the window, observing the passers-by go by their daily life. He seemed content being by himself.

The boy wondered why people made personal connections, why they fell in love knowing that it would always end up hurting them in the end.

That people fall in love they do rise in love, that there is always the idea of the fall.

He thought that this process was a waste of time, friends weren't necessary nether were they helpful. He had been burnt by past experiences, burnt once, twice shy.

He had closed his heart to everyone around him but himself, even his dad.

I thought that all the students had gone but the exchange student was still sitting at his desk, gazing out the window.

I went over to my desk; I accidentally left my phone behind. I went to pick up my phone. He noticed me and turned his head around, stared for a few seconds the looked away again.

I exited the classroom and headed back over to the cafeteria where my friends were sitting. I sat back down between Rika and Hiro continuing to my lunch.

The boy grabbed his phone, looked at me for a couple of seconds the went to leave.

'What's his problem.' I pondered

I took my phone out, plugged in my headphones and watched some ViewTube. There was a flash of lightening from out the window, followed by thunder.

"Storms are so peaceful" I said to myself

The leaves were blowing around in the wind that was beginning to pick up in strength. Some of the people's umbrellas turned inside-out or by away. It was amusing to watch them chase after it.

The absolute meaning of being free, to be without a cage called society. To be able to spread your wings and fly away from all the criticisms that life puts out.

A place where no one can judge you about what you are or aren't.

The bell rang, I headed out towards my next subject. The rest of the day was boring, just a bunch of lectures.

The day was finished up, students opening their umbrellas, avoiding the rain.

"Aw, seriously." Isamu complained as he made a run for it, covering his head with his bag. Unfortunately, his plan wasn't working very well.

By the time he had reached the bus shelter he was drenched.

On the other hand, Katsumi was dry and warm, waiting in the classroom. As per their routine he waited for his dad then they headed off.

Isamu was waiting for the bus which was taking a painstakingly long time to arrive. The bus shelter wasn't the most waterproof place around.

He had enough of waiting around so he called up the bus company. They told him that they had issued a notice earlier saying that bus services were cancelled due to the weather warnings.

"Just my luck!" The boy shouted, knowing that he would have to walk all the way home. And with that he ran towards his house.