Commaful
Freeing You:(2) Nice to meet you 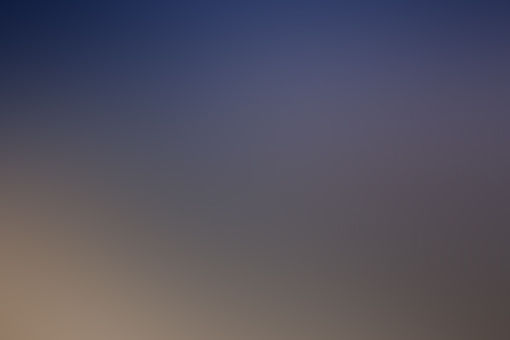 glitzkitten I'm a novel/fanfic writer.
Autoplay OFF   •   6 months ago
Transcript Use Images
Two boys are brought together by pain and unexpected circumstances. One is haunted by past events while the other is an outcast of society. Both boys are trying to overcome the challenges that life throw at them, all while discovering what lies in their past that will change then for better or worse.
feelings lovesadblgayemwrites lgbtq emwrites stories

Freeing You:(2) Nice to meet you

"Im Isamu Oki nice to meet you!" I said to my new deskmate.

The boy only replied with 'Whatever.'. I was a bit confused by his response, but he didn't seem to take notice, he just continued to sit down at his desk.

I glanced sideways, he had eye bags, I'm assuming that they are from a lack of sleep.

I was greeted by an overly enthusiastic boy, but I'm not here to make friends. This one going to be annoying, I have a feeling that, that won't be the last time he'll try to talk to me.

I started to observe the class, most of them seemed energetic, except for a boy with a cut on his face, and a boy who looked like a nerd.

There was girl who had a long pony tail, a boy who was shouting at the top of his lungs "GET BACK HERE SHITTY NERD!"

I'm guessing the boy who was cowering in the corner was the boy who he was screaming at. 'Is anyone normal here or is it just me.' I'm gonna need a gallon of coffee to survive this class. 'Sigh'

My new desk mate seemed disinterested in what was going on. He rested his head on his arms, 'He must be tired.' I decided not to wake him or bother him.

As usual Watanabe was going off at Tadashi, Hiroki trying to calm him down.

I rolled my eyes then walked over to help Hiroki pull Watanabe away from Tadashi, since Hiroki wasn't having any luck.

"Heyy, Tanabe. Why don't you come with us?" I stated, while pulling him away from one scarred Tadashi. I only got a grunt from him.

Rika came over and started rambling on about some hot celebrity.

I sighed, I glanced back over to my desk where Asato was sitting, or sleeping I wasn't quite sure. He hadn't moved.

The lunch bell rang and my friend group was calling me over, I went to get up but I noticed that Asato had fallen back to sleep again.

I lightly nudged him on the shoulder, saying the it's time for lunch.

He lifted his head up from the desk and looked up at me sleepily then mumbled "Ok" before getting up and exiting the classroom.

I watched as he walked down the hallways into the cafeteria. I searched around the room for my friends. I saw Rika waving at me and telling me to come over.

I made my way over to my group of friends, Rika, Nishida, Hiroki and Watanabe. More commonly known as the Tanabro's. Watanabe was shouting for no apparent reason, but that is expected of him.

Before I knew it, lunch was over and class was starting. I didn't like maths, or any subject really, well except for English since that was the only subject, I was at least half good at.

The teacher was rambling on about something, while I started to zone out, staring out the window and becoming lost in my thoughts.

I knew he would be there once I got home, he was always there and always will be.

The image of the eviction notice popped back into my head along with a bunch of other bills that needed to be paid.

'Should I take on another job, do I have the time?' I thought to myself.

I was disrupted from my thoughts when Hiroki placed his hand on my shoulder, shaking me and telling me that it was time to go.

Rika and Nishida came up to me at the gate asking if I wanted to hang out at the arcade with them. I replied with a "No.

" Rika pouted saying that 'I'm always busy, or that I always have things to do.'

I began to walk down the streets to the nearest bus stop, so I could catch it to my first job, a convenience store worker.

I knew that it was against school rules to have a job, but I need the money desperately.

I waited in classroom, sitting at the teacher's desk waiting for my dad to come back from the staff meeting.

'I wish they would shut up.' Surprisingly there were still other students from other classrooms that were chatting in hallways.

The afternoon sun shone in from the windows, as the sun was starting to set.

"Are you ready to go, Katsumi?" I heard my dad say, while standing at the door of the classroom.

"Hmm." I replied as I gathered my things from my desk and shoved them into my schoolbag. I put the bag over my shoulders and headed out the door with my dad.

The first thing I'm doing when I get home is a cup of coffee, even though I know that the rule is no coffee after the time of 5pm, a little won't hurt.