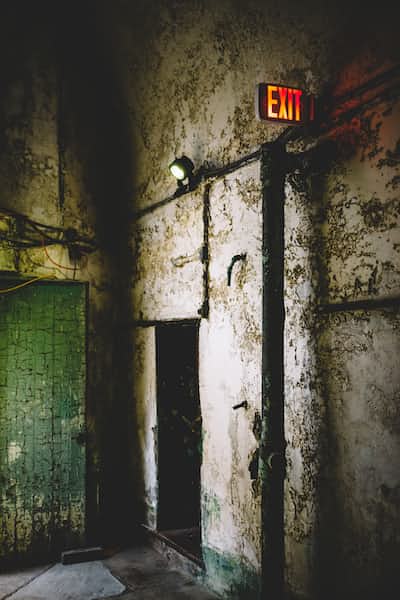 glennhenley Community member
Autoplay OFF   •   4 years ago
Transcript Use Images
A short story told in the form of a fairy tale. Narrated in first-person by a prisoner in a cell deep underground; as the story progresses the truth unfolds, dark and haunting like the prisoner's stories.
fiction fairytaleratsfairytale2017prisonerhorrorprisongruesometelling-stories scariest fairytale storiesscariest gruesome stories

There are nine rats who keep me company in this cell of mine. Once there were ten. While I languish here, let me break the tedious boredom and tell you a story.

There was once a great King, loved and respected by all. Everyone, from far and wide, flocked to hear the advice of the wise King, to admire the King's handsome visage.

Alas, good things come always to a frightful end. The King had grown proud and haughty, and his wisdom had been replaced largely by paranoia and hunger for power.

He saw threats everywhere and viewed any man he did not know with suspicion. One day, a foreigner came to his kingdom, laden with provisions and gold, oh, so much gold.

He professed himself to be the problem of another land and promptly settled down in the King's land. The King could only think of one reason why.

When he saw the people's love for the false prince, heard the rumours, he knew what he had to do. He could not trust anyone, no, he must do it himself.

Late at night, he snuck out and murdered the false prince with his own sword, in his own bed. The rumours spread that the man's past had caught up with him, that he had enemies who wanted his

wealth- and privately, the King smiled, and uttered no words but those of wisdom and comfort, dripping off his tongue like poisoned honey.

That one was for fear, fear of loss of power. There were once nine rats to keep my company in this damp and dark cell. Now there are eight.

Friend, let me tell you a story. There was once a wise King who loved his realm, loved his people, love his wife and his two beautiful children.

But one day he found a man, a noble of very little significance in the grand scheme of things, making eyes at his wife. He ignored it then, but later he followed the man home.

As he passed through a dark alleyway, the King crept up behind him and slit his throat with the dagger of another man. He threw the dagger into the river, to be dredged up the following morning.

That one was for love. There used to be eight rats in my dreary old cell, but now there are just seven.

A great King once ruled over a great Kingdom. There was a man, accused of murder, of manslaughter. The night before the trial, the King decided to pay him a visit in secret, to hear the

man's last words and wishes- or that which would set him free. He told no one, and took on the guise of an old beggar-woman as he walked the streets. He pleadedicated other the guards to be allow

to see his nephew one last time, and at last he was allowed in. The man was quite rude, though. He seemed to want to start a fight with the poor old woman, shouting accusations and waving his

hands wildly about. Well, a woman's weapon is poison, so it was no surprise to find the man dead the next morning. He had been going to die anyway, so no matter.

That one was out of self-defence. There are six rats in my tiny prison cell. There were once seven.

The King loved his Queen, but she DID cry so over the death of another man. Where was the faithful woman he deserved?! He decided to spare her, give her another chance.

The next morning the stable boy was dead, run through with a javelin. That one was for rage.

There are now five rats in this cell. They skitter and scream and screech but at least they are five now, not six.

Oh, have you heard of the majestic King and his most faithful courtier? You see, the King trusted this man, this courtier, more than anyone else in the world. So when his spies that he had set to

following this man told him the truth- that the faithless betrayer was conspiring against him with his very own brother, he was outraged. He killed his most trusted advisor in cold blood.

He took a flaming branch and scorched his bones as the man screamed through the gag. That one was for betrayal.

Four rats left with me in this cage, this room with its filthy, shrunken walls. Once there were five.

He killed his brother, that traitorous bastard. He tore his eyeballs out from their sockets and hung them on the doorknob. He read the letter byou the bedside. That one was for revenge.

Only three rats left now. One more is dead.

The letter was to the Queen, promising her help, promising to rescue her from the mad King's clutches. The King clutched the paper so hard it crumpled and crumbled into fragments that fell to

the floor like snowflakes in winter. The King was cold and icy as the winter snow. The Queen? No more 'chances' for her. She was found the following day, eyes glassy and unfocused,

drowned in her bath. That one was for love, too. Two rats remain. The third is long gone.

The children were asking too many questions- where their mother had gone, why their father never spent anyears time with them, what on earth was happening.

Then, one day, he heard one of them ask, "Is what the governess says true? That you are a murd- murder- killer?" (The child was young. )

He was seized with a fury, ad in his frenzied rage he lashed out at the governess. She was found hanging from the ceiling fan in her room, the walls stained with blood and her entrails dangling

like a long string of sausages. That one was for lies. One little rat, just one, to keep me company, to be my friend. All the others dead and gone. Did you know there used to be ten?!

Do you know what happened to that once-great King? Let me tell you- not the elaborate version, no unnecessary details. Well, his son was eleven and fast-growing. And one day he asked his father,

"Father, when will I be King? It should be so much fun!" The King knew that he would die soon, if he did not do something. For his own son to wish to seize control from him! What was the world

coming to? There was nothing else to do. He laid his hands upon the boy's head, and squeezed until he was dead. For good measure, he did the same for the boy's sister. It wouldn't do to let her

The people and soldiers found him there, clutching his hair and still laughing. Thus was the King's downfall. They locked him up and put him in a cage to await his death.

One gets so hungry in this place, you know.