Commaful
The Sound Of War 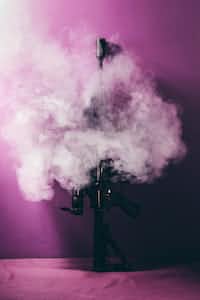 The Sound Of War

Being young, in the generation I am, and living where I do I've never truly witnessed war.

Sure things happened when I was little and I live in a border city but I don't remember any of it, being the sheltered child I was. All of that stood true until two weeks ago.

It started as public statements, protests, and my mom continually watching the news.

It all seemed so unreal, just another one of those things that the news would cover for a week then it'd be sorted out and forgotten. Oh, how I wish that was the case.

The day the news came out that a neighboring country had waged war on us we were all sent home from school. There was shouting in the streets, frantic parents, noise everywhere.

My mother rushed me and my younger sister home, dodging all the chaos in the streets. When we got home the TV was already on.

There was a news reporter talking about the current situation and lockdown, he looked like he was trying to keep his composure but failing.

That's when I realized the streets had gone silent, and they stayed that way for the next eight days.

I remember laying in my room hoping and praying that this was the type of war where they just had a disagreement, not one where they wanted something.

But yet again I was wrong

It was on that ninth day. I was out with my mom and sister picking up our groceries. We had just finished and were walking out when the alert started.

That message blasted on every phone and through every emergency speaker. My mother grabbed our hands and rushed us both back into the store.

All I could hear was the alert and people rushing around. You could almost taste the panic in the air. We sat in that store for what felt like hours, just listening and waiting.

That was until the stomping started. It started as just a faint step then turned into a loud rumble. Hundreds of boot adorned feet marching their way unto our city.

It was almost melodic

stay inside. Those were the last words I heard before the explosion.

It was bright, brighter than anything I had ever known. I don't know why but at that moment I remembered a time in kindergarten.

I was coloring outside, it was hot and sunny. All the other kids were playing tag, running around laughing. But I just sat there content with my picture. Then suddenly I snapped back to reality.

Screams everywhere, yelling, children, everything all at once. I looked up to realize the building was coming down. I couldn't see my mom or sister, so I ran. I wish I hadn't.

Everything was nothing and nothing was everything. Suddenly another white shining light came down from the sky, almost like a fallen angel. People have always asked what war sounds like.

Some say it's a trumpet, others would say a bagpipe, scientists would say screams and fright. They're all wrong.

It sounds like an offbeat drum thumping as they step towards death, and a flute playing the same melody over and over welcoming them. You never truly forget that sound.

Not even in death