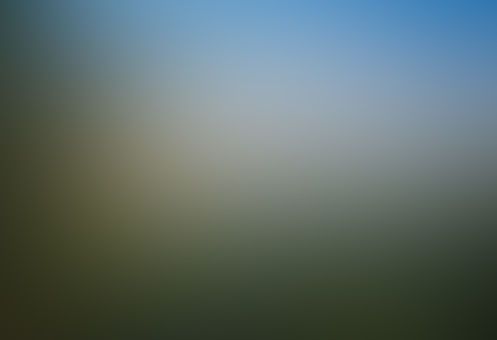 getz_writez Helloooooo
Autoplay OFF   •   14 days ago
Transcript Use Images
I finished Chapter 6 pretty quick so chapter 7 might take me a bit, but I hope u like this one. If you’re new be sure to read the chapters I’ve written before this so everything makes sense
fiction scifisci-fisupernaturalsuper naturaladventurecaptured

I woke up with a massive headache.

It makes sense, I was beat over the head several times and I had to listen to that god awful sound for who knows how long, but I was still getting very tired of my head hurting.

Looking around, I realized that I wasn't in my cell. I was in what seemed like a hospital room because of the monitors beeping and the unnerving white everywhere.

It gave me very "mad-scientist" vibes. I was lying down on a stiff bed, and I had tubes attached to my chest and head. Yup, definitely 'mad-scientisty.'

I strained to lift my head up and almost had a heart attack when I saw a woman that I vaguely recognized sitting across the room from me, taking notes.

She looked to be in her late fifties, and her hair was pulled back in such a severe looking bun that I wondered how it didn't hurt her forehead. Wait a second...

I know where I recognized her from. She was the officer that Hippo-face asked permission to shoot me. Great, so another person that probably hates me.

"Oh, I see that you're awake now," she said as she looked me up and down.

"Oh my, Burton mentioned how funny you think you are. I didn't realize how deep your insecurities run."

"Wait a second, are you talking about Hippo-face? Does he really find me funny? That is so sweet of him. Tell him that I say thank you. Also, I'm not insecure.

I just happen to have a fantastic sense of humor."

"Ah yes, Burton really let you get the better of him, huh? Before you give me any stupid nicknames I would I like to warn you that I only go by Professor.

Call me anything else and you will be punished far worse than being hit over the head a few times."

I swallowed. This lady scared me. She was one of the first people in a long time that left me with nothing to say.

"I'll take your silence as a yes.

Now before we take you back to your, ah, room I would like to ask you a few questions," she grabbed my chin in between her bony fingers, "Now,

we would hate to lie when we answer these questions, wouldn't we?

I would hate for you to see me when I get mad," she pushed a button that lifted the bed I was on until I was in a seated position.

I went to push some hair out of my face, but that's when I realized that my hands were chained to the bed. Great.

"Tell me," she began as she used a remote to turn on a slide show on the wall across from me, "Do you know any of these people?

" She asked as she began to flip through slide after slide of random teenagers that I swear I had never seen before in my life.

For each one I answered no and every time she raised her eyebrows and checked my heart rate to see if I was lying. Eventually we got to the last picture.

It was of a girl in a school uniform with curly brown hair and freckles speckled on her face. I was about to shake my head no when I hesitated.

She was older than when I saw her in the memory, but it was definitely Cailen. I quickly shook my head to try to cover up my mistake.

'Professor' clearly noticed, "Would you like to answer that again, Asher?"

"Nah, I'll stick with the answer I gave." I tried my best to sound nonchalant.

I don't know what the point of this was, but if they weren't sure who I could communicate with, I wasn't just about to let them know.

"Wow, so brave of you to protect your friend like that. However, that did nothing to help her. All you did was get yourself a punishment for lying." she sneered

"Then what was the point of this whole thing if you already knew the answers?" I asked

"All those other people are like you, they are special, and I honestly wanted to know if you recognized any of them. I am truly surprised you didn't realize that for yourself."

I was about to say something to defend myself, but before I could, I felt an electrical shock charge through my body. Oh the agony.

My muscles spasmed uncontrollably and I had to grit my teeth to avoid screaming.

It only lasted a few seconds, but when it finished I was still visibly shaking and I couldn't seem to get my teeth to unclench.

"That's all for your punishment now, but remember, that was just a warning. The pain can get much much worse," she curled her lips into a slight smirk, "Okay, so you are all done here, for now.

Before we take you back to your cell, I have a little detour for you," She then proceeded to signal two guards in the room to unlock my hands from the bed and take off the tubes attached to me.

They then lifted me to my feet and handcuffed my hands in front of me.

"Off you go," she waved the guards away and they pushed me forward to get me to start walking on my own.

My legs were very wobbly, but I did my best to hide it as I walked out the door and entered an entirely white hallway.

"What's with all the boring colors here?" I asked the guards leading me forward. "I mean, I think a few colors, maybe a yellow here, a blue there would really spice this place up.

It would totally add to the aesthetic and make everything way more approachable.

Don't you agree?" They didn't respond and I was bored, so I kept talking, "So, where is this special 'detour' you are taking me on? Is it like a field trip?

" I saw Hippo-face up ahead talking to some other officers, "Hey! Hippo-face!" I yelled at him, "I heard that you think I'm funny. That's too sweet of you!" He turned towards me and growled.

"Don't. Call. Me. That." he said as he leaned into my face. Man, that breath. My face twisted in disgust and his eyes clouded over with anger when he realized why. "You're just a little freak.

You know that? I could end your life right now if I wasn't under strict orders not to. But when you do eventually die, I will make sure it is at my hands.

Remember that," he then proceeded to punch me in the gut. I doubled over in pain, but the guards that were escorting me pushed me forward with their guns to keep me moving.

Eventually we stopped at one of many white doors. I'm not sure how the guards knew this was the right room, but whatever.

They unlocked the door, opened it up, pushed me in, and slammed the door behind me almost as if they were afraid to enter.

My legs were still pretty unstable when they pushed me in, so I fell to the ground. As I picked myself up I turned around and yelled back at them, "Gee, thanks so much for the courtesy.

I feel so loved right now!" Then I banged on the door with my fist.

"Ahem" I spun around to see a room full of about 10 teens staring at me. They all looked pretty miserable in plain all gray uniforms.

I looked down at my own clothes and realized that I was wearing the same thing.

That's when I realized that these were all of the people that had been in the pictures that 'Professor' had shown me.

"Um, hi," I said hesitantly. There are others like me, and they are right in front of me. Why is nobody saying anything? "So, my name is Asher.

Who are you guys?" I said, trying to start a conversation. Finally someone spoke up.

"There's only one of you?" a boy with glasses that took up pretty much his entire face asked.

"I mean, where is your partner? Does the government have them too?" he clarified

"No, they haven't gotten her yet," I said. Why the heck do they care? The boy smiled and so did the rest of the kids in the room, some of them even hugged each other. Okay, this is creepy.

"Are you guys alright? Why are you so excited?" I asked

"Don't you see?" asked a girl whose hair was cut jaggedly at her shoulders, "We finally have a chance to get out of here! And we can because of you!"

Thank you for making it this far, especially if u read the other chapters before this. I would love to hear your feedback in the comments, I’m even open to new ideas!