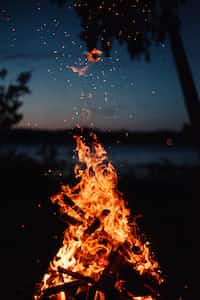 I was honestly stunned. Why would Sky, out of all the people here, come with us? According to Bay and Elle he had already had a relatively terrible experience in the outside world.

I moved my gaze to the crowd surrounding him, and eventually my eyes landed back on him. He looked small standing there.

The look of determination that had been in his eyes had faded slightly and he was now just awkwardly standing there with his arms crossed.

The look on his face dared the crowd to do anything to stop him.

I opened my mouth to say something, but no words came out. Sky must have seen my attempt because he stood up straight and walked over to me and the girls.

He held out his hand for a handshake, "Nice to meet you I'm Sky." He smiled but it didn't reach his eyes as he stood in line with us. Elle looked out at everyone.

"I don't know what the rest of you plan on doing, but we are going to save," she paused and looked over at me, "What's his name again," she whispered.

"Asher," I whispered back.

"Asher. We are going to find Asher and the rest of the people that he is with, and when we bring them back here, you all will regret your decisions!"

"Ehem," Sarah cleared her throat to get everyone's attention on her once again.

"I'm very sorry," she said, turning to look at us, "but by making this decision, you are all banned from camp as soon as you leave.

We can't afford to let our position be compromised especially by bringing in new people that were in the government's custody." Bay was clearly not having it.

"That's BS! What is wrong with you? You selfish--" Elle pulled her back and gave her a look.

"They clearly have their opinions and made their choice. I don't think there's anything we can do about it." Elle said quietly. I felt as though a rock had dropped to the bottom of my stomach.

How were we supposed to do this? We are just 4 teens. I closed my eyes for a second and calmed myself down. When I opened them up I turned to Sarah.

"If you refuse to do anything else, could you at least give us the supplies we will need before we leave?" I wasn't sure how she would respond, but I could see her considering it.

Finally, she answered my question.

"Fine, we will let you stay here another night and give you bags, food, and clothes for your journey." Sarah started to move us away from the riled up crowd and back to the tents.

"I don't know what you think you are going to do, but I don't see a way that doesn't end with you either dead or in custody of the government." she said, making eye contact with each of us.

"I can't speak for any of them, but I feel like I have nothing to lose at this point. I know that our chances of accomplishing this are slim, but I can't leave Asher to just sit there and rot.

He does have a family and friends to lose, and I won't be able to live with myself if I know he is out there suffering while I just stay here."

"And me and Elle agreed that we will do anything to help the other people that are with him," Bay said as she looked over at Elle,

"We were almost in the same position that they are and it would be great if we could help others to have the same happy ending that we did."

"Also," Elle held up her hand, "We are both experienced in Telekinesis so we should be a big help in the rescue plan, whatever that may be.

" Sarah turned to Sky and raised her eyebrows, silently asking for his reasons for joining me. He took a deep breath and crossed his arms.

"Like Cailen, I have nothing to lose. Seriously, I feel like a sitting duck here as I watch everyone and...

and ," he let go of the breath he had been holding, "You know what? I don't need to explain myself to you. I just want to make sure someone doesn't suffer like I did.

" He quickly glanced over at me and then his gaze returned to Sarah.

Sarah sighed and did not look happy when she said, "Clearly there is nothing that I can do to convince you to stay, so all I ask is that you don't try to get anyone else to join you,

and that you are out of here by tomorrow morning."

"Deal," I said as I shook her hand, "Where can we find the supplies that we will need?"

"Elle and Bay can show you," Sarah said stiffly as she turned around and walked away.

"Well that was irritating," Sky began to walk away too, but paused when I called him.

"Where are you going?" I asked.

"I have some stuff I need to do before we leave,'' he replied with his back to me. He quickly walked away. I turned to Bay and Elle.

"So, ready to pack our bags?" I asked awkwardly. I felt bad about bringing them along.

"Yeah, let's go!" they said as they both pulled me along.

I had a moment of deja vu remembering them doing the same thing before when they originally showed me around the camp no more than a few hours ago.

They pulled me along to one of the larger tents in the area. When we went inside, it was filled with bags and chests that I'm sure were all full of food and clothing.

Bay pulled 4 bags off of a shelf and tossed one to me to fill up.

"Thanks," I tried to smile as I began to grab some clothing from a chest. The severity of the situation was hitting me.

I had somehow taken this all in stride so far, but I don't know what to do. I'm not an adventurous person. I don't do anything.

I can't even muster up the courage to talk to someone new in class. How am I supposed to do this? "I can't do this." Oops, I didn't mean to say that out loud.

"Excuse me?" Elle and Bay turned around and both gave me equal looks of disappointment. Bay walked forward with her arms crossed.

"What the hell are you talking about? Of course you can do this.

And if you can't," she paused to walk forward and give me a threatening look, "you aren't going to just leave us, so whether you think you can or think you can't, you are coming."

"I mean seriously," Bay came closer and put her hand on my shoulder, "This is clearly important to you and you spoke passionately about it, like, 5 minutes ago. Don't doubt yourself so quickly.

"I just don't think I can bring anyone else along," I mumbled, "I should just go on my own. This is my thing to deal with and I can't let any of you get hurt on my account."

Elle put her hand against her forehead and groaned, "Cailen, we volunteered to go with you. You're not making us do anything that we don't want to do."

"Yes! We are positive," Elle assured me. Bay squeezed my shoulder in a kind way.

"You have clearly had a very long day, and it's getting late," Bay said as she led me outside. "I think that you should go to bed and me and Elle can pack your bag.

I know you will feel much better in the morning."

"Yeah," I muttered. I didn't realize how tired I was. It was definitely late.

It would have been pitch black outside if not for the bonfire still roaring and the few fairy lights draped over tree branches. I yawned and my eyes started to droop.

Going to sleep sounds really good right now. I leaned on Bay as she led me to the tent I had been in before. I immediately dropped on the bed and curled up, closing my eyes.

"Night," I said into my pillows. The last thing I remember before falling asleep were a pair of yellow eyes that invaded my vision for a short moment. Then, I was out.

Thank you so much for sticking with this story! I would love to hear what you think!!! -Mai