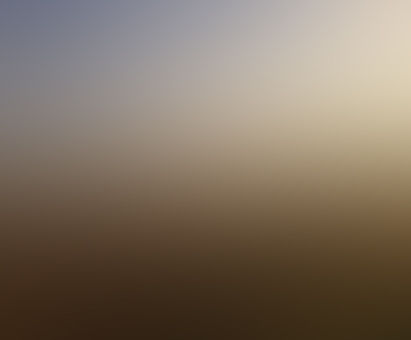 getz_writez Helloooooo
Autoplay OFF   •   25 days ago
Transcript Use Images
This is my first time writing anything, so I would love to hear your feedback! Also, if you like it follow me, so you can read the next chapters as I post them!
fiction teenadventuresupernaturalsuper natural

Something didn't feel right. I don't know what it was, but I felt off. I looked around at the rest of the kids in my class taking the algebra test. Then I looked down at my own test.

It was almost completely blank. I knew that I needed to start working on it, but I couldn't get my mind to focus.

Strange thoughts were whipping through my brain so quickly that I couldn't even decipher what they were.

I kept trying to focus, but I was beginning to get a throbbing headache. Something was not right and I was getting scared. ‘Maybe if I get some water it will help’, I thought.

I raised my hand to ask if I could go, but my teacher silenced any hope that I had with a hard look and a quick shake of his head.

The room was starting to blur together, but it all snapped back into focus when I heard my name being called over the intercom, "Cailen Jones, please report to the main office immediately.

I repeat Cailen Jones please report to the main office."

This was not good. Nobody is ever called to the office unless they did something truly horrible. Most of the time, people that are called into the main office are never seen at school again.

Between the pounding in my head and the fear gripping me, I was frozen.

I could feel everyone's eyes on me and prayed to God that my teacher would prevent me from leaving the class until I was done with my test. That was wishful thinking.

My teacher looked over at me in annoyance, then he waved me ahead, giving me permission to go.

‘But you don't understand!’ I wanted to tell him, ‘I don't want to go! Please make me stay!’ Instead, I nodded stiffly and robotically walked towards the door.

I felt like I was watching a horror movie. Yelling at myself, the main character, to run before the killer grabbed me.

But, it was like I couldn't hear myself as I continued to walk out of the door.

What woke me out of my dream-like state were the footsteps. It sounded like three or four people making their way down the hallway that I was in.

I had no idea what was going on, but I had a gut feeling that those footsteps were not there to help me.

Everything was happening so quickly, but I knew that the only clear thought that went through my head was: ‘I'm not ready to die.’

Before I knew it, I was sprinting in the opposite direction of those footsteps, but it was too late, they had seen me.

I heard one of them shout something incoherent and their steps sped up as they began to chase after me. They were gaining on me.

Of course they were gaining on me, they sounded like four fully trained soldiers, while I am a petite 15 year old girl who had just eaten her cafeteria's pizza for lunch.

My breaths began to become labored, and I started to hyperventilate as the reality of this situation hit me. In and out. ‘In and out and one step in front of the other.’

It wasn't working. I risked a glance behind me and saw the soldiers running towards me. A new plan began to take shape. I stopped running.

I put my hands on my knees and took a few deep breaths before turning around and raising my hands above my head. The soldiers in turn also stopped and pointed lazer guns at me.

"Don't move, we are under strict orders not to kill you, but we will not hesitate to harm you. Got it?" said the tallest man of the four.

I began to nod, but quickly spun on my heel and dove into the empty classroom next door. Frantically, I grabbed the door and slammed it behind me.

Then I pushed a desk and chair up against it before they could follow me in.

However, I knew it wouldn't hold them long so I pushed against the door myself and looked around the room trying to come up with a plan.

Luckly, there was one window in the classroom that looked big enough for me to fit through, but I was two floors up.

I would have to scale the side of the building in order to get down to the ground safely, and I would have to rely on the makeshift wall I built against the door to hold the guards back.

On top of that, who's to say that there aren't more people waiting for me outside the school ready to grab me as soon as I hit the ground?

There was no more time to think, so I looked around the room for anything else I could use to help with my escape.

I didn't see anything particularly helpful, so I grabbed more desks and hulled them over to the door where I did my best to create a four by four wall of desks with chairs surrounding it.

I could still hear the soldiers banging on the door and my creation began to shake. I had to hurry. I scurried over to the window and opened it up, looking down over my climbing options.

It was tall enough to make me dizzy, and if I fell I would be badly injured but at least I didn't think it would be high enough of a fall to kill me.

Slowly I climbed out onto the window sill and closed and locked the window from the outside to try to add another layer to my protection. I was in deep now, there was no going back.

My whole body was shaking as I tried to find something to grab onto. There, about two feet away, was a drain pipe that led all the way to the ground.

I cautiously scooted my feet along the ledge and reached for the pipe. I was still too far away to grab it. I needed to jump.

I felt bile rise in my throat as I desperately tried to see another option. There was no other option.

For what couldn't have been more than half a second, but felt like an eternity, I was just flailing in the air. Then, I grabbed onto something solid, the pipe.

I couldn't have jumped a moment too soon because before I could even breathe a sigh of relief, I heard the soldiers banging on the window.

It wouldn't be long before they would break it open and begin to open fire on me.

As quickly as I could with my shaking hands, I began to climb down the pipe. The wind whipped my curly hair into my mouth and eyes, but I just kept moving.

I heard the window of the glass break above me and I looked down to see I was almost at the ground.

Not wanting to risk being in one spot too long, I jumped to the ground and began running to the woods behind my school. Clearly I wasn't thinking straight.

All I had ever heard about those woods were terrifying rumors of strange occurrences and people being killed in there, but I was desperate.

I heard more footsteps grow behind me, but I didn't look back. My feet moved swiftly, and with each footstep I began to feel more and more hopeful.

Finally, I made it to the safety of the trees and didn't stop running until I no longer heard the people behind me. That's when I let it all sink in.

I was being hunted down for some unknown reason, I had just run away from the people hunting me down, and the voice in my mind that didn't want to die, told me to breathe, and counted down was not mine.

Someone else was in my head.

Thank you for reading this whole thing! Please let me know what you think in the comments!