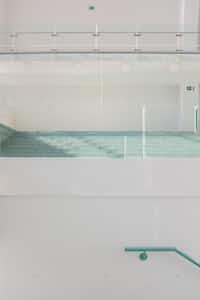 gestar Community member
Autoplay OFF   •   3 months ago
Transcript
Back then, I thought fighting monster inside a mirror and participating in a battle royal-style death match against other mirror dwellers to get one wish granted would be the craziest thing I've ever done. But now, after moving to this Kuoh Town, let's just say I am not sure about that anymore.
fanfiction fantasyfriend-shipfriendship fantasy fanfiction

"Those who don't fight won't survive"

These are the words that keep haunting me, ever since I heard it from that man. The man who had pulled me into that world... no, into that hell.

"In the end, there will be only one rider"

Endless fight, that keep happening for sole purpose, to achieve one's wish. Bloodbath that can't be stopped, leading to many deaths and losses.

Many life being sacrificed, for one rider to stand above the others.

"Then I'll be your proof! At the very least, I transform to defend people!"

I had fought continuously, protecting people from 'those things' that came for their life.

'Those things' are monsters that hunted innocent people, dragged them into their world, and devoured them mercilessly.

My promise to that girl was what made me keep fighting. Despite not having wish of my own, I fought in that harsh battle to keep my promise to her, along with defending human beings.

"I have one wish that I have to fulfill. In order to do that, I will win this war, even if I have to kill every last one of you myself!"

My rival, that at some point I already considered friend, declared it to me with face full of conviction and determination.

Despite not wanting to do this, I still raised my weapon and met him in a duel.

"Please stop this, Shinji-san, Ren-san! Why do both of you need to fight each other? Both of you are friend, right?

We both somehow heard her tearful pleas in midst of our sword clashes. But none of us were willing to stop. We already knew there's no turning back at that point.

One must stand and the other fall, such was the rule of this war.

"Your determination is weak, Kido. That dull blade of yours will never reach me.

Now get out of my sight! Bring that kid with you and disappear! If I ever see you again, I will definitely kill you that time!"

He said that with his blade pointed at my neck. I was on my knees, lost and gravely injured. He destroyed my source of power; my partner.

With that, I was forced to resign from this war, and flee away from Tokyo.

"Don't worry, Yui. We will be save in this new place. We can finally forget those horrible experiences. I already promised to protect you, after all."

I said to her with every courage I could muster. It wouldn't be easy to just forget about those nightmare; I painfully aware.

But regardless, I wanted to believe that we finally can live our life peacefully, without constant worrying of monster attack,

or some rider (or any other psychopath being) just decide to drop by and try to kill me before lunch time.

But obviously, our luck ran out the moment I decided our destination; a small town far west of Tokyo, named Kuoh Town.