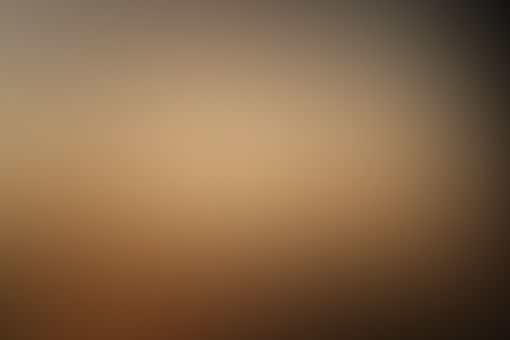 garrettbeal Community member
Autoplay OFF   •   4 months ago
Transcript Use Images
Anthology story about mortician Jim Harris which he has five bodies show up in one day. Each one about how they died.
fiction horrorhorror comedymysteryfunnyanthology funniest mystery stories

Jim Harris, a mortician at the age of 79 has been reported dead but there's no evidence as he was technically missing for over 5 years.

On his last day of work about 5 years ago he went missing but had 5 different "customers" that were all strangers to each other that died at different locations and different times of the day.

There were only 2 things they had in common: the day of their death and bizarre ways of dying.

Dimitri worked as a manager at a store who didn't like rules or being told what to do but when it came to the COVID19 mask law,

he was a total Nazi and would scream bloody murder at anyone that wasn't wearing one. Once fired an employee because he saw him out in his car during lunchbreak not wearing one.

He also fired his employee Miranda saying "women should stay at home,

not work and it's for the husband to work"; He once kicked a black man out of his store calling him a gangbanger and a mid-eastern kid calling him a little terrorist.

He actually once followed an employee home to look inside his house to make sure he was wearing his mask still.

He would pig out on junk food, was 200 pounds overweight, get smashed on vodka, sleep with hookers, cheat on his wife and gave a beating or two in their 1 year of marriage.

It was the weekend and his grandkids were coming over which he once told one that he should've been aborted.

the street mowing his lawn and wasn't wearing one.

He tells him to "put one on now!" and "go back inside continuing your Godfather marathon, playing cards with Johnny, cooking your spaghetti and drinking wine to Frank Sinatra".

an hour and shoved his skintight mask on his face, leaving the waiter no tip and putting on his welding helmet-like face covering.

He goes over to the theme park to ride the roller coaster, "the wooden-horror" with his grandkids and from all the greasy rich foods he consumed as well as downing another half bottle of vodka,

he gets severe motion sickness when the roller coaster drops throwing up with a mask over his mouth that some gets on his grandkids but most went into his lungs.

He was going over to the waterslides, the extreme slides and Miranda just happened to be there. She wanted to kill him for firing her and for what a racist, sexist bastard he was.

if he needs any helps like calling 911 when he sees him wheezing for air and making a horrible, guttural scream which he responds to him "fuck off, leprechaun mick!

" and takes his last ride of his life falling in the water and so sick coughing up blood under water for 30 seconds and inhaling water drowning.

John helped him anyways and tried everything he could but was already dead and it took him almost a minute to get his mask off.

John asked if he was swimming or bathing in vodka after giving him CPR and was actually legally drunk throughout the last hour of his shift.

Ashley was totally basic: worshipped T-Swift, drank a hundred PSLs every fall, would only drink (when she drank) Whiteclaw or vodka sodas, took selfies all the time...

their credit card from their wallets.

the search her purse and she said "no, I can't even" and ran in stilettos like an athlete.

was inconveniencing her and abusive for taking the car to work so she took an Uber one way.

Unfortunately she lived only a few miles from an airport and a plane crashed right outside in her front yard blowing her to pieces as well as her house.

Joey lived in a flophouse apartment who was slamming dope like it was water and a total crackhead as well. He did about every drug known to man.

to several places they were supposed to meet up.

He went back to his apartment after scoring stuff like oxies, smack, a few rocks and walked to the store for a can of spray paint and 2 bottles of whisky. He was higher than a kite by 4:30pm.

He had downed a whole bottle of whisky already, shot dope, popped oxies and finished 4 rocks already. Joey decided to trip out with a bottle of DXM to Pink Floyd.

Meanwhile, Anthony "Fast Bullets" Rossi is heading over to take care of him.

Fast Bullets was the type that didn't just kill because he had to, he enjoyed it and was known for his psychopathic behavior which he was heading over which would take him about thirty minutes.

Joey got the idea of getting drunk quicker so he did an "alcohol enema", you could say it was a real "pain in the ass".

He was bleeding profusely from his bowels in the bathroom and could feel something down there but mainlined morphine and was soon "comfortably numb".

Joey drops dead about one minute before Fast Bullets shows up to whack him.

Paul had been retired for over a decade but just got a job as a janitor to distract himself from the grief of his wife that died in a car accident.

He had recently been diagnosed with Alzheimer's and cancer which he was prescribed pills for his pain.

that she'd been dead for 2 years. He has dinner with a bottle of whisky and takes a bunch of pills.

Paul is found dead with a note saying he's happier with his wife in heaven now.

Trouble with the Perv:

Todd was a total perv wanted for exposing himself on multiple occasions but would run back to the homeless shelter before police were even there.

One night after scoring cash panhandling, he gets wasted at the bar and police get reports of an intoxicated man in the park and come after him for indecent exposer.

While flashing someone in the park, he ran hearing sirens but forgot to close his trench coat and it came off.

a frequent customer and was a mile down the street before cops showed up. He was found by the edge of a cliff "enjoying himself too much" and one cop fires at him as he tries to run but misses.

Todd falls off the cliff but even that didn't kill him.

There was a house with an inground pool which caught him but was so intoxicated that drowned and his body was found nude in a pool of sex toys.

Jim was just off work after a long day and was last seen leaving around midnight; He was telling stories to his coworker Paul about weird events happening in his house like cracks in

the wall the disappeared and a strange man that didn't look human in his house multiple time from the corner of his eye.

Everyone thought Jim was on drugs or crazy until his disappearance which still hasn't been solved after 5 years.