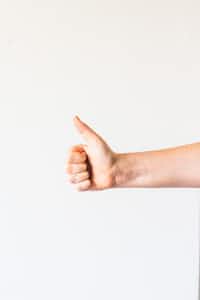 garfieldlover98 Community member
Autoplay OFF   •   20 days ago
Transcript Use Images
I had abandoned my Dm's with Shrek for almost eight months, I was proud of myself. Shrek is a hard guy to resist, with his booming style and broad shoulders it was enough to make any Orange Tabby swoon.
fanfiction garfieldshrekseinfelddepressingfunny

I had abandoned my Dm's with Shrek for almost eight months, I was proud of myself.

Shrek is a hard guy to resist, with his booming style and broad shoulders it was enough to make any Orange Tabby swoon.

Although we had never seen each other face to face I fantasized about what could have been.

If only Shrek would devorce that nagging wife of his Fiona, what I would do to have one conversation with him where he did not talk about her, I had an idea to split them apart.

I sent Shrek the sonic/mario gif, and when Fiona caught him watching it, she filed for divorce. Fiona took the kids and Shrek became depressed, he blamed me for it of course.

I was the one who sent him the silly gif, but I did not know the extent he would go to watch it.

Soon after Fiona took the kids Shrek blocked me, even after making a public tweet asking for forgiveness he still would not utter a word to me. Even my lover Jon could not comfort me.

I had ruined my best friend's life, so I decided to confront him. I drove over to his house around 10:00pm after a heavy drinking session to make the choice easier.

When I arrived I was shocked to see at least 27 empty beer cans on the floor. I looked to the backdoor (which was wide open) and instantly knew what happened.

I called the police to search the woods outside his swamp. They found his dead body hanging from a tree. He had been hanging there for days, everyone had forgotten him... everyone besides me.

I knew what I had to do, this was not my fault no, it was his wife Fiona's. Hell, if she had just taken the gift as a joke they would still be happily married.

Fergus was basically a model at this point, I would take the baby and hold him for ransom to pay for Shrek's funeral, "what a kind act" I thought.

I would need help though, if anyone knew Shrek better than me it would have to be Donkey. I sat down with him.

"I'll say," he replied as he adjusted his chair.

"Did you hear the news?"I asked.

"No, what are you talking about?" he responded.

"You heard of Shrek's terrible mental state right?" I muttered.

"Well, I did not want to be the one to tell you but,"I sigh deeply, "he hung himself."

"Well, let's kill that damn wife of his." Shouted Donkey.

We took the back roads so no one would see us.

We decided it would be best to take Donkey's van, as it had extra space for Fiona's dead body, which we would later hang on the same tree Shrek was hanged on.

I came in with a gun in one hand and a walky talky in the other. I blast through the front door to be confronted by police officers. I shouted into the walky talky for Donkey to run.

They violently pushed me to the wall. Donkey, however, did not run. You see, he had a machine gun.

Donkey let the magazine rip all over Fiona's living room, at that time Fergus was curious as to what all the noise was about. Donkey aimed, Donkey fired, but so did the policeman.

"Garfield," spoke Donkey, "one more thing," Donkey continues "I AM STILL ALIVE BECAUSE I AM IN THE LIVING ROOM."

Donkey was then pushed into the kitchen and stabbed in the heart three times by Fergus, ultimately killing him.