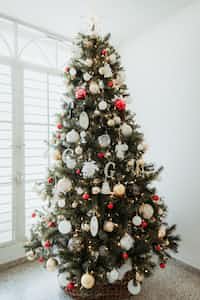 Hope for All Eternity - Short Story(Part 1)

Megan hurriedly put one foot in front of the other, urging herself to get through the snow-packed clearing. She had to find Sam before it was too late.

Feeling her drenched feet tingle, she started to drift away. Megan felt a sudden shot of pain go through her foot and realized she had gotten caught on the railroad tracks.

Not being able to stop moving, Megan felt her face slam into the packed snow and saw nothing but darkness.

"Two siblings were reported missing from their home in Denver, Colorado. The local police have been searching the land after the blizzard but have had no luck yet.

If anyone has any clue where Megan and Samuel Lewis are, please notify the Denver police immediately."

The radio clicked off and the wind outside was easily heard.

"I just don't understand why kids think it's safe to run off into the night during a snowstorm. It makes no sense to me," Todd Johnson complained.

I was talking to Barbara the other day and she was saying how her kids tried to sneak out in the middle of the night to go to that New Year's party at the Robinsons'.

Todd shook his head as he brought his breakfast plate to the counter. "That makes three people missing this week. Doesn't that sound a little odd?"

Margo grasped the plate and started to wash it as she said, "It is strange, but none of them have been announced dead. There's still a possibility that all three of them are alive.

Why don't you go see if Daniel's awake yet? The bus gets here in thirty minutes."

Todd nodded and walked down the hall to his son's room. He started to turn the doorknob when he realized it was locked.

He knocked on the door as he said, "Daniel! What are you doing in there?" No answer. "Daniel Johnson you answer me!" There was no reply, only silence.

Todd bolted for the kitchen and told Margo, "His door's locked."

"What? Why?" Margo implored as she started toward the room. "Stop playing around, Daniel! The bus will be here soon!"

"That's it!" Todd said as he yanked open a drawer in the kitchen and reached for a screwdriver. He sped to the locked door and started to break into the room.

The door swung open and Todd felt the cold wind from outside. He looked to his left and saw the window open. Margo burst in behind him and cried out as she saw the blood on the windowsill.

Todd ran farther into the room to the window and stuck his head out. There were footprints on the ground. Todd jumped out the window and ran along the prints.

The snow had started to fall and the footprints began to disguise themselves among the snow. There was no point in trying to follow them.

Sirens rang through the lonely neighborhood of Levenberg. No one had a clue of where Daniel Johnson was on January 3, 1991.

As Officer Perkins got out of the police car, she glanced around the snow-filled yard.

She remembered baby-sitting Daniel when he was six and she was seventeen in the one-story wooden house that couldn't have been more than a few hundred square feet.

Clara Perkins walked up to where Margo was standing, at the door. Noticing the tears in Margo's eyes, Clara nodded in understanding.

"I know how difficult it is to lose someone," Clara whispered.

Margo looked up, confused at what Clara was talking about.

"What do you mean? You've never lost anything in your life! You live in the biggest house in the whole of Colorado, with your father being a doctor and all! Who could you have possibly lost?!"

Clara stepped back, amazed at the outrageous tone Margo was using. "Don't you remember?"

Officer Perkins shook her head and pushed her way passed Margo to open the door. She felt the ice around the knob and shivered as her hand froze.

Once the door was open, Clara turned her head and said, "My brother drowned in 1976 after he rescued Megan Lewis from that turned over boat.

How could you not remember? I would've been there with him if I hadn't been watching your son!" Clara ran inside the house and sighed in relief as she felt the heat of the house.

She immediately walked to the second door in the hallway and felt the cold air again as she reached the window.

The blood on it was now dry, and Clara looked out into the clearing, but nothing else struck her eye.

She turned around to tell the saddened parents there was nothing she could do for the moment, but was stopped when Todd came into the room.

"Where is he? You must know something!" Todd urged her.

"There's nothing I can do right now. The person who took him is long gone.

I'll go back to the station to tell the other cops and see if they have any ideas," Officer Perkins walked out of the room and sped to her car. Margo was still standing, dazed, out on the porch.

Todd came out and tried to bring Margo inside, but Margo wasn't budging. Clara Perkins started the car and began to drive away.

Gonna set my heart at ease

Clara listened to Doris Day almost every time she got in the car. It helped her calm down to think. What am I going to do next? I'm running out of time. Another verse of the song was started:

Seven, that's the time we leave, at seven

I'll be waitin' up at heaven

Countin' every mile of railroad track

That takes me back

Clara slammed on the squeaky breaks of the car.

"That's it! The murders started at the railroad tracks!" Clara turned the steering wheel sharp on the empty road and started her way to the railroad that no one had used for twenty years.

"A coat was found caught in the tracks this morning," Clara thought to herself, "could it have been Megan's? But where would her body be? She wouldn't have just run away, would she?"

All of a sudden, a deer pranced in front of Clara's car and she slammed on the breaks. The car slid on the ice and was about to hit a tree.

Clara froze in terror and relaxed when the car came to a rocky stop. Clara looked out the windshield and didn't see the deer anymore. "At least everyone survived," Clara mumbled to herself.

Then something caught her eye. Noticing something red on the road, Clara got out of her car and walked over to the spot. After bending over, Clara realized it was dried blood.

Knowing it wasn't from the deer, Clara was confused. "Whose blood is this?" Clara wondered out loud.

"Mine," a weak voice was heard behind Clara.

Clara shot around, desperately trying to see behind her. She recognized the dirty, bloody face. It was Megan Lewis's.

"Megan!" Clara ran forward and instantly grabbed Megan by the arm and started to help her walk on the snow.

Ignoring Megan's moaning and groans, Clara dragged her to the car and pushed her inside. Clara swiftly got in the car and raced to the nearest hospital.

Clara, tired and helpless, sat in the waiting room of Lee Hospital. Megan had been taken back to the emergency room just three minutes before.

While thinking of what might be happening behind the closed doors of the hospital room, Clara's phone began to ring. She picked it up and said, "Hello? Who is this?"

A weak whisper sounded from the phone, "I'm coming for you. This is your last day alive. You better wat..."

The person was interrupted by another voice, "What are you doing awake? You need to rest..."

Whoever was behind the phone hung up. It was obvious they were being watched. Clara stood up and began to leave when a nurse stopped her. Clara asked, "What is it? Is Megan okay?"

"Actually, she just woke up," the nurse replied.

Clara's face dropped as she realized Megan was awake; Megan would have woken up right when the person called. Clara immediately ran towards Megan's hospital room and quickly opened the door.

Clara ran inside and was astonished when she saw no one inside the bed. She walked farther into the room and fell as a pain went through her back.

The nurse appeared in the doorway and saw Megan standing over Clara with a chair. "Stop! Why are you hurting her?!" the nurse shouted at Megan.

She ran forward and pushed Megan to the ground as Clara reached for her Taser. When Megan was flat on the ground, Clara shot the Taser and fell back in relief when Megan was forcefully relaxed.