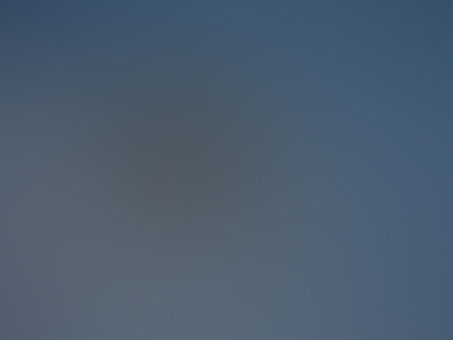 gagecoffman Community member
Autoplay OFF   •   3 years ago
Transcript Use Images
Im sitting in Mos Eisley Cantina, on the planet Tatooine, sitting at a table with a drink next to me hiding away from my clone troopers who are trying to eliminate me. I have no idea why they are trying to take me out, but I have to avoid them to keep my life.
will finish soon

Im sitting in Mos Eisley Cantina, on the planet Tatooine, sitting at a table with a drink next to me hiding away from my clone troopers who are trying to eliminate me.

I have no idea why they are trying to take me out, but I have to avoid them to keep my life.

him heading up to the counter. Leo says to the bartender “We are looking for a rogue Jedi master named Calmane Beillane, have you seen him?”, the bartender replies “show me a hologram”.

Leo pulls up a hologram with my exact features and i have a fear come over me that I’m not supposed to have.

The bartender says ”Hm! No haven’t seen him”, “alright let’s take a look around!” Leo says to his troopers, they go away from the counter and start walking around.

I feel them starting to approach my table and then i turn around and they are right behind me, Leo speaks up “Sir have you seen this jedi” he pulls up my hologram “No” I reply to him.

“Ok” he replies he starts to walk away and turns back “ That’s him!” he says, they lift their blasters and approach me “ you are under arrest in the name of the Galactic Empire!

” Leo says to me while pointing a blaster at me. “Put the blaster down Leo!” I say to him, Leo says “I’m sorry I’m afraid I can’t do that!”, “Blast him” Leo says to his soldiers.

They aim their blasters at me and I pull out my lightsaber quickly and they start firing and I deflect their fire with every whirring swing.

I rush them quickly and take them out and leave Leo standing, “Now” i say as i put my saber away “Let’s Talk!”.

I lift him up in the air with the force he is frightened by it “Alright why are you and my troopers trying to kill me!” Leo replies “That’s imperial classified information”.

I increase the strength of my hold and he caves “Alright the Emperor wants all jedi eliminated because he has declared all jedi an enemy of the Empire”,

“ I think the reason why we have to abide by that rule is because of this gadget called a inhibitor chip”.

“Inhibitor Chip!”, I drop him and he lets out a small cry in pain, “Where have I heard that before?

”, Leo replies “I seen them in secret Imperial files they make us follow specific orders including Order 66”,

“Order 66!, what is that order” he says “I have told you, all Jedi must be eliminated”, I fall to my knees in shock, “Why could this be” I wondered.

I stand up “come on Leo, let me take you to a medical droid” He follows but hesitant.

We head for a local clinic and I have the droid remove his chip, after the procedure the droid approaches me “Master Jedi, Commander Leo is fine, here is his chip” he hands me the chip,

I glance at the shiny piece of glass and see a material in it and I crush the chip.

“you and your brothers are being controlled by a chip to make you betray your generals” I say, “Ok, I will follow you until the end General”,

he puts on his armor and grabs his blaster and we leave.

We head for a secret imperial base that Leo told me about which is on the moon of Endor. He tells me of their data library that includes data about the chips placed in the clones.

We successfully inflitrate the base and make it to the imperial library, I make it over to the monitor and Leo has to use his Imperial passcode.

After some digging he finds the information and briefs me over it, and we hear footsteps and I tell Leo to hurry and grab the info.

We rush and hide away and we watch the guards go by, we leave and make it outside to our speeder bikes and drive away to our ship.

We escape and head to the secret Jedi temple on the planet of New Coruscant.

We analyze the data when get to the Jedi Archives and Jedi Master Shaki Voorgar comes in and says “Master Beillane, welcome back,

I heard you have some information about the clone attacks on the order”, “ Yes, I do and it could turn the traitors back to the light” I reply.

“All right, the Council wants to meet with you about the information” he replies.

We walk to the council room and as soon as we approach the door i see what seems to be a clone trooper which he is followed by two Rebel guards and they lead him down to a interrogation chamber.

I ask Master Voorgar “Who is that he looked like a clone commander!

”, He replies “That is Commander Theon of the 112th legion one of Vader’s top commanders, he was arrested this morning at a skirmish in Dantooine”.

“He tried to eliminate the Rebel resistance and tried to assassinate Commander Jovin, but his soldiers were eliminated and he was captured”.

I replied “Ok, He worked with Master Ki Adi Mundi didn’t he?”. “Actually he did!” he replied, “Huh that’s how I recognized him!” I said.

We went into the Council room where the new Jedi Council plus who was left were waiting. “Master Beillane!”, one master says to me when I walk in “We’ve been waiting for you appearance”.

“Master Farag, I have the information on an object inside our former Clones that is linked to them betraying us”.

“Please inform us!” He replies to me, I tell them every last detail from the info we got at the Imperial Facility.

“That is some very interesting data, I will have it delivered to our Data Analyzers to look at this information” He says after I finish my speech.

I say goodbye to the council and leave to go to my quarters to eat my lunch. I take off my robe as soon as I enter my quarters and place them in my closet and I then proceed to eat lunch.

I finish my lunch and go to my meditation chamber to strengthen my connection to the Force.

I feel something, here comes a vision I see a sith lord in a suit with very machine like breathing carrying a red lightsaber, I do not understand.

“You will die Jedi by my hand” it said, then he lunged at me and I came too, my heart raced and my breathing was heavy and I was in a cold sweat.

Master Voorgar talked about a person named Vader and I have heard about him, is this Vader that I have seen in my vision. I get up and go for my robe in my closet and head for the door.

I head out of the Temple to go and find a cantina for a drink and to watch some sports. I go to Nada’s and find a table, I take a seat.

I feel a presence as I wait for the one of the server droids, its cold and dark. I turn on my communicator “Master I feel a dark presence in this place”, He replies “I felt it too!”.

Nearby I see three clones with a black suited machine like figure, approach a table. I turn back around, a server comes to me and I place my order, it leaves.

I hear behind me the same footsteps approach my table and I look up and I see a clone in front of me “Get up Jedi scum Lord Vader would like to speak to you!”.

“Don’t try anything Jedi!” the clone says to me. I get up and approach the dark suited figure, he says “hello master jedi,”. “Vader! you can not persuade me dark lord!,”.