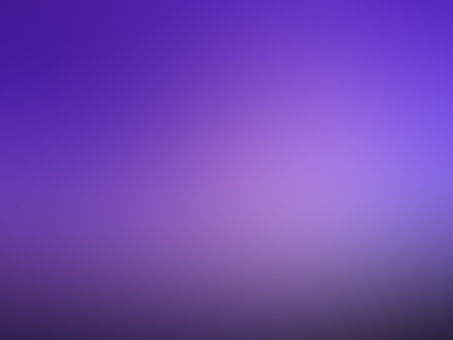 futtermann Community member
Autoplay OFF   •   7 months ago
Transcript Use Images
Robots can't kill humans. This fact is planted in their code before even the first line of their function. That's why when the only possible suspect of a recent homicide is Willy, an outmoded robot working in the House of Horrors at a family carnival, Detective Derek Bridger is sent in to give a second opinion.
fiction sciencefictionscience fictionrobotsmysterydetectivethriller

The entire place had a look of disrepair and neglect, which was why the "House of Horrors," tucked away into the back left corner of the carnival,

barely stood out from the rest of the attractions. We stopped about twenty feet from the entrance.

"Here we are," Melville declared.

The House of Horrors resembled exactly what comes to mind when you think of a haunted house, with boarded up windows,

fake cobwebs and a cemetery of foam gravestones lining the walkway to the front door.

Except, of course, for the ticket booth and the large painted sign reading "House of Horrors" lined with neon tubing.

"Now, if you'll look here," Melville said, pointing to the top right corner of the ticket booth, "we have a security camera that captures the entire front of the house.

Anyone coming in or out of the front entrance would be caught on video.

And if you look back there," He pointed past the house to the back corner of the adjacent building, "There's another camera that records the entire back of the house.

We have cameras set up all around the park, but we had these ones installed specifically after kids kept breaking in after hours. Guess their friends would dare them to or some shit."

I looked at the cameras. They were small and discrete but I recognized them as being fairly high quality with a wide angle of coverage and a clear picture.

It seemed this was the one place Melville hadn't cut corners.

"I guess what I'm saying, detective, is that if anyone goes in or out of that place, we get them on video."

"Where is the video sent?" I asked.

"The footage from all the cameras is sent to the security room at the other end of the carnival. Your guys already confiscated all of it though," he was clearly irritated by this.

"Is there any chance for someone to intercept it between here and there?" I continued.

"None at all," he assured me. "It's on a completely closed system. The only way to access that footage is from the security room.

And we got cameras in there too that prove that the first people in there after the incident were your officers."

"Alright," I said. "I'd like to go in now and have a look around. Alone, if you don't mind," the tone of my voice indicated it wasn't a request.

Melville narrowed his eyes at me. "By all means, detective," he said, gesturing toward the house. "I'll be waiting for you in the maintenance garage if you need me."

I kept my hands in my pockets and nodded as he turned and walked back the way we'd come. I stepped through the gate at the end of the pathway and looked up at the house.

"What do you think, Ali, sound like he's hiding anything?" I asked, well after Melville was out of earshot.

"Not from my reading detective. He at the very least believes the footage is uncompromised. And his statements are corroborated by the observations of the first officers on the scene.

" I knew this already. I had read the case file before coming.

"It never hurts to get a second opinion," I commented as I continued to look over the house. "I'd like to see that footage if you don't mind."

"Certainly, detective. I will pull them up from the database and send them to your datapad."

"Thank you, Ali." My datapad chimed a moment later once the requested files had arrived. I removed it from my pocket and opened the footage from the cameras around the House of Horrors.

The Department had confiscated the entire month's worth of footage, but I limited my search to the day of the crime. Leave the rest for the tech guys back home.

My screen showed the feed from only two cameras, the ones Melville had pointed out to me. "No cameras inside the house," I commented to Ali. "Doesn't surprise me."

"How do you mean, detective?" she asked, programmed to respond to opportunities for inquiry such as that.

"This place is on its last legs. Melville's cutting costs at every opportunity he can.

Why do you think he went with a horror theme for his latest attraction? It's the only theme that naturally lends itself to a look of decay.

Why waste the expense to film the inside of the house when you believe you've got every entrance covered?"

Ali did not respond. I guess I had taken her AI to its limit for this string of dialogue.

I scanned through the footage at an increased speed.

There were very few patrons to the carnival that day, and even fewer to the House of Horrors, but every guest that was seen entering was seen leaving moments later.

No sign of anyone camping out inside to commit a murder.

I slowed the footage as I approached the time of "the incident." I saw a man, later identified as Arnold Cromby, approach the house with his wife and two sons.

The man appears to show interest in going inside. The two sons, around the ages of eight and ten I'd estimate, look terrified by this idea.

After some deliberation with his family, Arnold decides he will go in alone and then take his family through if he determines it's safe for them.

He then approaches the ticket booth and pays his admission fee before stepping through the entrance as his family looks on.

After about ten minutes, the family begins to look impatient. After twenty, they begin to look worried.

After thirty, they approach the ticket booth and ask the attendant, an android other than Willy, to go inside and look for Arnold.

The android enters, then exits moments later and appears to completely disregard the family as he sprints off to locate a human staff member, leaving the family all the more concerned.

Soon, a maintenance worker arrives and, after reassuring the family, goes inside to examine the problem.

He returns less than a minute later in a full sprint and vomits into the nearest trash can.

At this point I increased the speed again until I saw the first officers and paramedics arrive on the scene.

I slowed the footage to watch them exit the building with a body bag on a stretcher and a distraught family looking on in horror.

Shortly after, some police technicians exit carrying Willy, powered down and covered in blood, out of the building.

I shut off the footage there. "It seems pretty conclusive Ali. The only people who entered or exited that building after the man were the attendant android and the maintenance worker.

They both returned in too short of a time and with no trace of blood on themselves. Willy, on the other hand, was inside the entire time, and was found covered in the man's blood.

The only way it could have been anyone but Willy, is if it was one hell of an elaborate frame job, and, like I said, there just wasn't time or evidence to support that."

I approached the house and stepped through the door marked "Entrance.

" The House of Horrors was essentially a long,

winding hallway that leads its patrons through a series of scares before they exit the house through a door a few yards to the left of the entrance.

The place usually was completely black except for a series of dim guide lights along the floors and walls, and an occasional strobe light from one of the effects.

But since the attraction was currently shut down, and probably would be for the foreseeable future, the maintenance lights were on, and all of the effects were turned off.

I made my way past all of the fake corpses, and skeletons hanging from shackles until I came upon an area marked with yellow police tape. I stepped over the tape and had a look around.

The floor and walls were spattered with a dark brown substance that, unlike the rest of the bright red stains in the house,

was precisely the color that blood turns once it's left to sit for too long. This blood was unmistakably real.

I followed the pattern of the blood, aided by the crime scene markers that my cohorts had left for me.

A first splash on the wall indicated the victim had been struck, likely from behind, with enough force to send blood shooting from his nose.

The pattern of drips on the floor show that he then quickly turned to face his assailant, and then was promptly struck again, knocking him to the ground where he spit yet more blood.

Next, was a large streak of the crusted over substance that indicated that the victim had been dragged.The streak led to a door on my left that had been left propped open.

Inside was a small space, the size of a utility closet, with a stain substantially larger than the rest that marked that this had been where the death had finally occurred.

This hadn't just been a straight murder. It had been a beating. A brutal and drawn out affair. And they were saying it had been done by a robot nonetheless.

But that wasn't what gave me chills. What finally gave me chills was when I saw the sign hanging in the closet that read, "SAY HELLO TO WILLY."