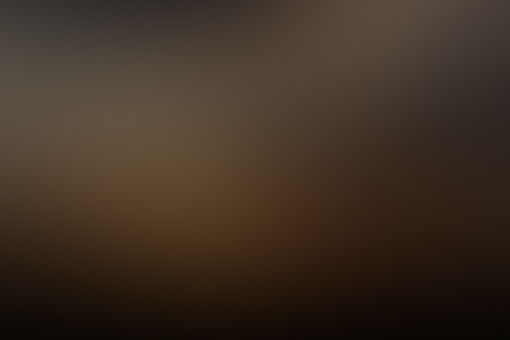 funtimefurret im just a crazy fangirl
Autoplay OFF   •   a year ago
Transcript
Skyler finds a new job at an animatronic factory,
read to finds out what happens
fanfiction fnaf

I ve always thought it was the suit's fault or even his fault at the time, but then I realized, I reached to remove the head but shink, the suit muffled my screams,

Wake up silly!" A voice in my dream said, "Get up Skyler!" I groaned as I got up, I opened my eyes and I saw my best friend, Ella Happy birthday Skyler She spoke cheerfully.

Her voice was pleasing, like my sister's voice, for Ella was just 16.

I slowly walked towards the group of four people downstairs, my mom, Stella who was 17, Luna who was 18, and Christeena who was 15. Happy birthday!! All of them shouted as they saw me.

I jumped back into the wall hitting my head on a picture of my brother. I turned around to see the photo and I remembered the day we lost him, he was only six when it happened.

It was nine years ago. The new Freddy Fazbear's Pizza had just opened. We went every day for the pleasure of my brother, Jeremy. He had glasses and was learning to play the guitar at the time.

We sat down, this was two weeks after it opened exactly two weeks, and I saw a man in a yellow rabbit costume. I whispered to myself "No, It's just my imagination...

I looked back to see my brother and his four friends heading into the parts and service room. His Friend Susie was in front while in the back was his friend Cassidy.

Susie, then Gabriel, then Jeremy, Fritz, and finally Cassidy.

All I heard that day was the screams of the kids as Cassidy ran out, her eyes filled with tears, and terror.

Then all I noticed that my mom grasped my hand so tight and left Jeremy in there in terror. The police sirens still ring in my ears.

All I knew was that Jeremy died that day and if I had followed I would have died, or I would have caught the murderer. I didn't even get to say goodbye to Jeremy.

Also to put the cherry on top, the bodies were never found, and Cassidy got run over by a purple car the same day.

Before I knew it five minutes had passed and the group was wondering why I wasn't answering their voices. All of them looked at me worried.

I m fine I said as I walked into the kitchen towards the table.

I was having mixed berry pancakes, my favorite! My mom served us pancakes and bacon when I reminded her for, the eggs and orange juice.

I finished eating in five minutes, the others weren't even done with the juice. I had seconds and thirds before they were finished with breakfast.

I was excited to head out and go do fun stuff with my friends, especially since I wasn't the one to be driving this time, Luna was going to drive, also Luna has the nicest car,

it is a tesla model X too! So I was very excited to go to the movies first.

However then we found out that the one we used to always go to was shut down because of an infestation problem, and the nearest movie theater was one hour away, but I wasn't complaining,

it was my birthday after all! We were in the car when I saw it the old, broken, moldy Fredbear's Diner.

I had bad memories of that place. When I went there I was just six, many months after the opening I was so excited to go.

All I wanted was a spring bonnie plush and I was going to spend all the time I had to get enough tickets to get a plush.

Many hours passed when I had eaten a slice of pizza when we came in and I had just redeemed the plush I wanted.

Right before that four older kids were picking on a younger child wearing a black and grey striped shirt. When I got my plush I heard immediate screaming of terror.

My mom grabbed my arm and ran so fast I lost a shoe and almost my plush!

Then I looked in the windows to see a dead child and the four older kids being spoken to by an adult with tears in his eyes,

no not just any adult he was the owner of the diner his name was William, William Afton.

William had a picture of a little girl with him, she was smiling very brightly, the animatronic had a stain on his stomach, a bloodstain.

I stopped the daydream and looked around, we were pulling into a parking spot at the movie theater.

"We are here already!?" I said "yeah," replied Luna "It felt like a couple minutes didn't it?" "Yeah" I replied "A couple seconds!" I whispered under my breath.

We walked in to see the movies to watch "How about Joker?" said Ella "No do Last Christmas!" Replied Stella "Guys let Skyler decide it is her birthday after all!!" Said Chisteena angrily.

I spoke finally "Bohemian Rhapsody is playing here so we should go see that!" "Fine..." Said Stella and Ella is sync, they sounded so annoyed, I got over that quickly.

When we got into the theater to see the previews Luna immediately shouted "I created that!" as she pointed toward the screen with an ad for Costco.

Luna never told us that her family owned a lot of businesses, I guess she is rich then. I looked closer at all of Luna's clothes, all of them were from designer brands like Gucci.

I wondered why she wasn't spoiled, bragging about her stuff, or showing all of it off. Then I realized Then I took one breath, and then all I saw was black.

When we sat down an ad showed that an entertainment animatronic company was hiring, I looked at the others and all of them were interested in the ad, except for Luna, who, as I assumed,

already had a lot of money so she did not need a job. When the ad said that the age limit was 18+ I could see the disappointment in Ella and Stella's eyes.

So I knew that I was going to apply there for my new job, after all, I was making minimum wage at an old McDonalds.

After the long day me and the girls had, I flopped in bed after brushing my teeth. When my alarm clock rang I sprang up from my bed and got ready for school when I realized it was Sunday.

I put down my backpack and got on my laptop and sent in my application to the animatronic factory and I immediately got an email saying I was hired starting at the beginning of summer.

I woke up the next day tired and annoyed "ugg I have school again I said tiredly. I slowly grabbed my agenda and looked at what I had to do today. "OH CARP I HAVE MY EXAMS!"I screamed.

My mom screamed across the house "No YeLLIng In ThE

HoUSe!!" I heard clearly, she was all the way down the stairs. We probably woke up my neighbors baby.

I ran to school screaming I m so late!! but at that moment I realized I had a car. I drove to school hoping I wasn't going to be late. But of course...

I looked at the clock, I gasped in surprise. I screamed "I'M EARLY!! the teacher looked at me By one hour.. I was so shocked me early? No that wasn't a thing.

After class I headed back to my car when I noticed it wasn't in a parking spot, it wasn't even there, it was towed. AR GGGGGGGGGGGGGGGGGGG..." I screamed.

I reached for my phone and I told Siri, Siri play The Heathers.

So as I was walking along the road to get my car back from the place where they took cars, I did not know what it was called.

As I walked in I saw a poster, as I read the poster I saw that it was molded, and the print was coming off.

I read it out loud this time R us ba b s izz or d That was weird what was r us baby size or d? I repeated it in my mind until the letters became words.

I came to the conclusion that the letters spelled out Toys R Us Baby Izzy World.

However, that still didn't make sense, it was Circus Baby's Pizza World!!! That place closed before Fredbear's Diner. Then I remembered my sister and the twins.

It was a long time ago, I think I was five at the time.

I went to the new pizzeria in ` The animatronics looked like they would attack us at any moment!

The place closed that same day, all I heard was blood-curdling screams and I saw that little girl from Fredbear's dead, on the ground. I actually only saw the severed limbs of the girl.

However, I could recognize the limbs from the girl I saw earlier that day in the pizza place.

Now onto the twins and my sister. William's son Michal and I were very close friends, however, he always looked sad after the girl died at Circus Baby's Pizza World, I always wondered why.

He showed us the way to his garage, why I thought at the time. He lifted up a fake box and opened a door in the ground, then he told us to go inside the door.

I curiously followed his directions obediently.

As we came down a ladder I saw three party rooms and one room with only a stage, I walked in the first room and saw Circus Baby!

In all the photos she was happily performing, now she looked sad, lonely, and her chest was covered in blood. Michal was looking into her eyes with terror and grief.

I ran across a room and this room was dark, I heard music and darted across the room as fast as I could. The twins were in a room off to the side. I joined them.

As soon as I entered the room I had a very bad feeling and ran off grabbing Michal and my sister Della...