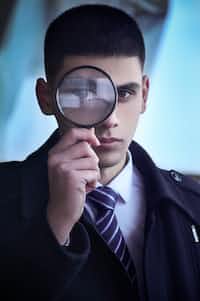 This is the story of how I died. Okay, Im not the one who died, some people died, sure, But not me.

I'm just here to talk you through this stormy I would say something along the lines of "once upon a time" or, "It all began" but that's too cliche so im just gonna give it to you straight.

Owen was the head officer. The most respected one, the one in charge, well, he wasn't the chief but he was the right-hand man but was just as good.

He worked in Solonna Police Department or SPD for short. This Owen guy is about to ruin his life, and he doesn't even know it.

"Morning Chief!" yelled Owen from across the hall. Owen loved the chief, he respected authority. "Hey Owen, you doin' anything right now?" responded the chief.

" Nothin, 'less you got something for me. Whatchu got?" "New case for you. Murder, we got a camera but no suspects"

Owen took the case, he would realize that the killer in the case was not who he expected.