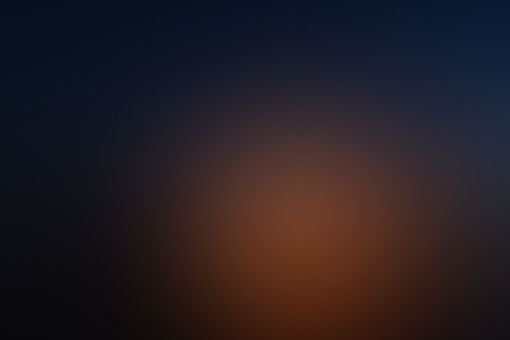 free2liv4evr Community member
Autoplay OFF   •   a month ago
Transcript Use Images
He reached his hands down and Mirela allowed him to turn the baby's face. Tomas froze. He began to use both hands to unswadle the child. When the babe was naked to the world and crying, Tomas looked to Mirela slowly. His shoulders heaved from the restrained anger. At that moment, Mirela was glad for the other women in the room.
fanfiction murderhijo de la lunalunamoonalbinogypsyson of the moon

He reached his hands down and Mirela allowed him to turn the baby's face. Tomas froze. He began to use both hands to unswadle the child.

When the babe was naked to the world and crying, Tomas looked to Mirela slowly. His shoulders heaved from the restrained anger. At that moment, Mirela was glad for the other women in the room.

"This albino child is not mine." Mirela trembled, her eyes widening at hearing Tomas' words. She knew better than to contradict him, even if what he said was false.

He continued in a low voice, "You lied and betrayed me. I will not allow this dishonor."

He held Mirela's gaze before quickly turning away. Mirela began to weep as the uncertainty of what was to come for her baby grasped her.

Mirela was finally being allowed to leave the midwife's house. Her baby was being rocked gently by Tsuara. Mirela's love exploded whenever she gazed at him.

Tsuara looked up and shared a small smile with her sister. "He's very quiet."

Mirela smile slipped a little. She had spent the night he was born crying, with him in her arms. He had not cried since. "Tsuara, I need you to take him."

The child stopped rocking the baby and looked up at her. "What?"

"I need to protect him. I am scared of Tomas. I don't know what he will do." Mirela closed the distance between her and her sister to touch her child's head. "You can take him far away."

"I-I don't know where I will go. And Papa will worry. I don't have any idea if another tribe will take me or tell Tomas where I am or--" Tsuara stammered. Mirela sighed, vexed.

"I'm sorry." Mirela let her arm fall down away from her baby. "You are a child yourself. I just wish I had not been so selfish.

A baby I would never be able to keep."

Tsuara said nothing as she stared wonderingly at her sister. Mirela reached into her sister's arm to grab her baby.

She kissed her sister on the forehead and whispered, "I love you and I will always love you. May you one day forget me, so that you may find peace and happiness of your own someday."

Tsuara said nothing as her sister walked away. She did not follow.

Mirela coughed blood. She held her abdomen where her husband had stabbed her. He had tried slicing into her vagina, to widen it for all the men she was sleeping with.

Mirela whimpered in pain, but never responded. She hoped that it would be over soon.

Tomas stared angrily at her. His knife dripped with her blood as he raised it once more. Mirela looked away. Tomas' hands shook before he angrily slammed the blade down.

It bounced from the floor and sliced her leg lightly. She looked up in pain and confusion to see him heading for the cradle. At that moment, she felt nothing but fear for her child.

"No! Take me, kill me. But leave him alone! He is innocent and has done nothing to you!" Mirela sobbed and attempted to crawl to the crib. Tomas picked up the baby gingerly.

He stared into the baby's grey eyes before saying softly, "He dishonors me."

Suddenly he turned and rushed out the door. "My baby!" Mirela screamed. She tried to get up but the blood oozed out in torrents.

She grabbed a sash and a belt as she quickly made a makeshift bandage. She forced herself up and followed the footprints in the snow.

Mirela could only crawl in the snow as she tried to follow those footsteps. Wherever Tomas had gone, he had gone far.

The night was turning into dawn when she finally saw Tomas at the river bed with empty arms. Her shivering had stopped long ago.

"My baby!" She yelled at him, anger and fear penetrating her voice. She sobbed as she pulled herself to her feet to reach him faster.

Her trail and clothing were streaked in blood and her feet had become black. She no longer felt the cold. Tomas looked up at her with uninterested eyes.

Her eyes blazed as she reached closer to him. When she was right next to him, she looked down to see her baby in the river, eyes closed peacefully. "My baby!"

She sanked down to her knees as she let out a howl. Tomas only stared unfeeling toward the child in the river. Mirela turned to him, wanting comfort, wanting her baby alive.

Seeing him with such empty eyes filled Mirela with a momentary rage. She slapped him across the face.

He seemed unfazed. He only looked at her for a moment before getting up and walking away. She continued to screen and choke on her saliva as she wailed for her baby.

She cried horribly, her breath jagged and her saliva dripping from her mouth. Her mucus flowed freely as she cried all night. "My baby! My baby!"

As Mirela began to calm down, drowsiness took her. She lay down by the river bank in the snow. She stroked her baby's face in the water. He looked so peaceful.

She kept trying to say, "My baby", but the words slurred in her mouth.

A bright light shone near her, and she turned her eyes. A beautiful woman bathed in light and flowing white hair stood beside her.

Her skin was a brilliant white and her grey eyes stared down at the child in the water. The woman's voice was a bright and melodious sound as she said, "My baby."

Her flowing dress mesmerized Mirela. The woman stretched out her arms and the child rose from the water. He began to cry and Mirela's heart skipped a beat. Her baby was alive!

Mirela sat up slowly as the woman shushed the baby gently as he floated into her arms. She began to take off the wet cloths and dropped them back into the river.

Mirela got up slowing, holding her hands tightly to her chest as tears of joy sprang out of her eyes.

The woman produced a bright piece of cloth also bathed in light as she wrapped the child softly, all the while cooing to him. Her face shone brighter with her smile.

The woman's eyes looked up and looked at Mirela finally. Mirela stepped back anxiously. The woman had not even noticed her until now.

With that same smile on her face, the woman turned the baby towards Mirela. She saw a beautiful baby boy with open eyes and smile, laughter bubbling from him.

The woman looked back down at the babe and whispered, "I'll make the moon your cradle if you ever cry, my sweet.

" Mirela heard nothing as she instinctively reached out a hand to stroke the boy's cheek. He grabbed at her finger and Mirela's heart filled with love.

As dawn approached, Mirela noticed that the woman and the child were fading away, getting lighter as the morning grew stronger. Mirela ignored it and continued stroking the child's face.

She whispered faintly, "I love you" as she finally was stroking nothing but air.

Mirela gave a deep breath and sat down on the river bank once more, leaning over a large rock. Her baby was safe, happy, and alive. Her hand fell and splashed into the water.

It touched the rag that the woman had dropped back into the river. Mirela grabbed the rag and began to cradle it despite water soaking her clothing.

She hummed as if she was holding her baby before closing her eyes forever.