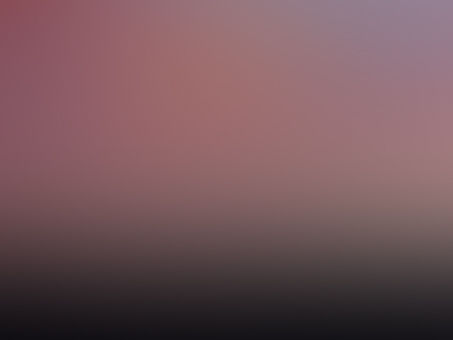 Mirela shook her head furiously. "No, once he sees his child he'll realize how much he loves me and the child."

Mirela and Tsuara gasped in unison and turned toward the back of the kitchen. Baba was standing outside shaking her head. "Oh, sweet flower.

I had a dream about you and I came to see if it was true."

Mirela's shame quickly turned to relief at knowing she did not have to hide her pain, "Oh, Baba!" She ran to the back and held her grandma as she sobbed.

Her grandmother patted her head with her left and held her with her right. Tsuara stood still in the kitchen crying quietly.

Mirela stayed with her grandmother until dusk. Mirela's anxiety quickened as the night came. Her grandmother could feel it and did not leave.

But Tomas was soon at the door, thudding around until he came into the kitchen. He paused in his tracks when he saw Mirela's grandmother and sister at the table. "Evening."

They nodded at him, but said nothing more. He scratched at his neck and said, "I think it's late now and you should go home."

The roughness made Mirela cringe, but she said nothing as her grandma and sister said good bye and left. Mirela braced herself, she didn't know what mood he would be in tonight.

Lucky that she did so because when he pulled at her head roughly, it didn't shock her as much. "What the fuck did you tell them? Did you see the way they looked at me?"

He let her hair go roughly and Mirela's hands went to the top of her head instinctively. He was grabbing himself a cup of water and Mirela quickly jumped up and began to serve him his dinner.

He sat down and ordered her to bring him more gravy, and the wine from that cupboard. Mirela obeyed.

As they sat to eat in silence, Mirela dared not look at him. He read expressions on her that did not exist and did not want to infuriate him. He took his first bite and grunted approval.

"My grandmother helped." She said meekly.

He grunted again. He nodded his head, chewing on his food. Mirela sneaked a peak at him, unsure. He finally looked up, shaking a fork at her, "Pila use to love this stuff."

Mirela quickly looked down and wished that the earth would swallow her. Since Pila's death, Tomas had become angry, blaming himself for his brother's death.

He started drinking heavily and hitting Mirela at the slightest provocation. Mirela hoped that this wouldn't be one of those nights.

He spent the whole evening talking about Pila. Usually he regaled stories about fishing trips, or pranks they use to do. "You know, Pila had such a crush on you.

" Mirela looked up from her sowing. This was the first time Tomas had mentioned that Pila liked her. "When he found out that you two were to wed, he was so happy.

That's why I wanted to get married on the beach. I wanted him to be as close to that as possible."

Mirela looked down again, that ever present guilt in the back of her mind. Tomas did not need her to respond, he continued, "I still remember when Father told me I was to marry you.

How we fought! You belong to Pila! Not me. I don't even think we even ever spoke before our wedding day."

Mirela stopped her sowing. Without lifting her head, she said, "We kissed."

Tomas stopped mid-sentence. He face became a pensive frown, "We kissed? When?"

"We kissed under the moon at the New Year festival a few years ago." She finally looked up too look at Tomas, pain welling up in her chest. "I was nine and you were fourteen."

Tomas nodded pensively. Finally he lifted his eyebrows and with a shrug said, "Well, good thing Pila isn't here. I think he wouldn't have talked to me for weeks.

" He chortled and continued on about Pila's temper tantrums.

Mirela wasn't listening. The realization that Tomas never even knew who she was began to sink in.

Tomas has been asleep for hours, and Mirela had just sobbed into the night. She held a hand over her mouth as she squeezed her eyes shut. Her tears dripped into her ears, nose, and mouth.

She thought back on their wedding night, remembering everything she had thought would come true. The thought wrecked her and she couldn't sleep next to him any longer.

She left the house and walked. Once in the forest, she allowed herself to wail and let her pain come out. She walked; not knowing where, until the ground suddenly disappeared, forming a cliff.

She laid at the edge, looking out over the valley. Mirela quieted down and looked up to see the moon as bright as the sun. She could see other tribe's campfires and every dip in the landscape.

She looked at the moon, its silver light caressing her face. "Why?" She asked it. "Why must it be this way? Why must he hate me, when I love him? Why can't Tomas love me?"

As she spoke aloud, her tears welled up again. Mentioning Tomas' name released a floodgate of emotions. She cried horribly, her breath jagged and her saliva dripping from her mouth.

All night her pitiful cries rang. Just as it seemed she had cried all she could, and she was calming down, she just as suddenly began wailing to the moon again.

The moon shone passively, never wavering even as dawn approached.

At the first sign of light, Mirela looked up to the disappearing moon with her wet, tear streaked face.

She wiped away her mucus carelessly, closing her eyes slowly, "Moon, don't leave before giving me Tomas. I would give you anything."

Suddenly, a booming voice rang out, "I want nothing more from you, only what you promised."

Mirela's eyes widened. She looked up to see the moon bright in the sky. Its brilliance was overwhelming, and Mirela shielded her eyes, "What?"

"You were willing to give up your firstborn for the sake of a man, you would never have loved the child anyway," the moon boomed, as if to itself.

The moon asked Mirela again, "You gave me your firstborn so that Tomas would marry you."

Mirela's heart skipped a beat. She had been here before. This had been a dream before. The moon had heard her pleads once and had taken pity on her before.

With hope, she asked, "Can you make Tomas love me again?"

"I want nothing more from you, only what you promised." The moon repeated. Mirela's smile wavered. Her hands went to her stomach instinctively.

Her first-born belonged to the moon? Mirela panicked, "No, no. The child is mine. This is Tomas' child!"

Mirela waited, but the moon said nothing more. Mirela watched as the moon came closer and closer to the Earth, engulfing the sky. Mirela screamed as its brightness overtook her.

She woke up suddenly, dazed. She had dreamed of the moon again. She looked out the window and the full moon shone down at her.

The sun was coming up over the horizon, but the moon would not leave. Mirela quickly heaved herself up to close the curtains roughly.

The pain was unimaginable. She had been prepared to feel pain, but this was beyond what she had expected. Her hair was sticking to her forehead and neck.

She breathed in deeply as another wave of pain overwhelmed her. She screamed loudly without care that the men outside could hear her.

Baba wiped away her hair with a wet cloth and Tsuara came through the door with a pot of boiling water.

The midwife chastised Tsuara for her tardiness. Her eyes were wide as she gazed at her sister. Mirela wanted to slap her. Tsuara reached out a hand towards Mirela.

"How are you, sister?" Mirela slapped her hand away as another wail escaped her mouth. Tsuara kept quietly in the corner after that, fetching things as necessary.

As the midwife gave instructions, Mirela blocked everything else from her mind. Only pain existed. She had been considerably happier earlier when she realized that her baby was going to live.

She had been in fear that her baby would die, by either Tomas or the moon. She was going to have her baby, and it would love her unconditionally like no other ever would.

The scream of the babe were lost on Mirela as she laid back panting. Everyone rushed to the midwife to take a look on the babe. Only Tsuara stayed by Mirela's side.

Mirela turned her head to look at her sister and reached out her hand. A small smile appeared on Tsuara's face as she gripped it tight.

As they held hands, Mirela noticed that only the baby's cry was heard.

She lifted her head to look and saw Baba's face. Her eyes were wide, hands to her mouth, and her eyes glistening with tears.

The midwife was staring at the baby before finally lifting her head to stare at Mirela. Her face was grim with judgment.

Mirela looked at the babe in the midwife's arms. The child was pale and crying. Mirela heart dropped thinking that the babe was dying.

How could a child be that pale? She watched as the midwife cleaned the child and swaddled him. She reached over and gently put him in Mirela's eye, never saying a word.

Baba has clasped her hands, praying soundlessly. Mirela looked down at her child and saw what looked to be gray eyes.

Mirela tightened her hold on the child as she struggled for words. Her mouth flapped open and close and she kept making nondescript sounds. Suddenly, Tomas was at the door.

Mirela's head whipped to him so fast as fear rankled her. She tried to hide her baby with the cloth that swaddled him.

"I heard that I have a son?" Tomas asked the room in general. He was met with silence. He smiled widely when he said, "His name is Pali."