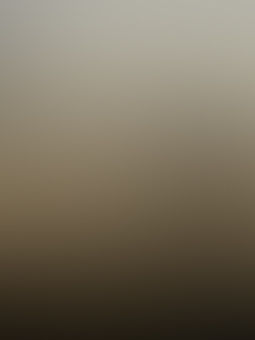 Her grandma was a fortune teller. Perhaps she could see if her fortune had changed? No, no. It wasn't possible. The wedding would happen soon and there was no stopping it.

Negative thoughts kept her spirits down and her hope brought them up again all the way back to camp. She was so lost in thought that she did not notice the quiet caravan.

She walked past her tent, tired. She saw her grandma sitting outside her tent, praying.

"Baba!" Mirela's grandmother lifted her head. Her eyes looked sad and as if she had been weeping. "Baba, are you ok?"

Mirela's grandmother shook her head, "Have you not heard?"

She shook her head, with a deep sigh, "Your father will tell you, my child."

Mirela sat quietly next to her grandmother, not overly concerned with what had happened. Tomas was the most important thing, above anything else. "Baba, has the moon ever spoken to anyone?"

Mirela's grandmother paused, "Why would you ask that?"

"I just want to know. Are there any legends about the moon?" Mirela leaned forward, eager.

"Well," She stretched out her legs and rocked back and forth. "I don't think I've ever heard of the moon speaking to anyone. I dreamed she spoke to me once."

"All I know about the moon is that she desperately wants to be a mother. That is her greatest desire. We are all her children of course, but only because she has adopted us.

No man has ever been able to make her a mother, despite how beautiful she is." Baba nodded.

Baba, smiled sadly. "I asked the moon for something once, but her price was too high. She sells wishes, my dear."

Just then, her father called out to Mirela. Baba's eyes teared up again, "Go, child. And have heart."

Tsuara was weeping bitterly in the corner of their tent. Her sister was still wearing her clothes from last night. Mirela ran to comfort her sister. "What happened?"

No one spoke. Only Tsuara's cries were heard. Mirela turned to look at her father who was looking down. "Pila drowned. A wave formed from nowhere and drowned him."

Mirela didn't move. How could a wave appear on a lake?

Tsuara gave a sob at her father's statement. With tears running down her face, she cried, "We tried to save him, but the lake took him.

Tomas almost drowned trying to save him! Father, I never meant to disobey! I only--"

"ENOUGH!" Her father yelled angrily. The room was silent and only her sister's sobs were heard. Mirela felt extremely guilty. Had the moon granted her wish? Was Pila dead because of her?

"Mirela," Her father interrupted her thoughts. He looked at her sadly. He did not know that she felt responsible for Pila's death. "Do not worry."

Mirela simply nodded numbly. Her worry sickened her. Did she kill Pila? Did the moon really speak with her? Did this mean that she would marry Tomas?

Her father told them both to go, and Mirela guided a sobbing Tsuara out of the room. Her grandmother, upon seeing them, ran over to them both and embraced them. "Oh, my sweet flowers.

I am so sorry you had to see death so young."

That night, the camp was full of whispers. The wave in the lake was seen as a bad omen. Just as Mirela was confused, so were many others.

The other children who had gone to the lake told of a wave that swept Pila out deep to the center. Then another wave ate him. He never rose again.

Tomas had tried to swim out the middle of the lake to save his brother, but a current so strong pushed him back. He fought until he was exhausted and almost drowned himself.

Another boy from the village had to pull him back to shore. Tomas had been alone since, he wished to see no one.

Pila's family had gone to the lake in hopes of finding his body. They found him late in the evening; he had sunk to the bottom of the lake.

The wedding was far from everyone's mind as a funeral took its place. Mirela cringed every time she saw Pila's family's tear-streaked faces.

Her only solace was that maybe Tomas would be hers now. She had not seen Tomas since the wedding festival and she hoped that he wasn't too sad.

The night of the funeral Mirela finally saw Tomas. He lost all his happy energy and seemed a husk of himself. She was sitting next to her grandmother her noticed her gaze.

"Sad, no?" Her grandmother pointed with her chin toward Tomas. "He loved his brother more than anything in the world. He feels guilty that he couldn't save his baby brother.

Mirela's stomach twisted in guilt. She pushed it away with the hope that she could replace Pila in Tomas' eyes. He would love her so much, he would forget his pain.

"The world will still turn, Baba. He will find happiness again."

As the funeral ended, the shriek's and yells intensified. Pila's body was burning high into the sky and Tomas sat stonily next to his father.

Mirela looked around to find her own father and spotted him talking to Tomas' grandfather. Her father was nodding with what the other man was saying and suddenly his gaze fell upon Mirela.

The suddenness of it shocked her and she quickly turned away.

Tsuara was sitting next to her and Mirela turned to tell her what she had just seen, but her sister wasn't listening. Tsuara was also staring stonily at the fire, her eyes wet and tired.

"What is wrong with you?" Mirela asked exasperatedly.

Tsuara turned to her sister. "I saw him die, Mirela. He cried and begged for help and I did nothing but save myself."

Mirela's stomach churned with guilt once more, and this time she could not push it away. "I'm sorry. I'm sorry I wasn't there."

Tsuara smiled at her. It was a small smile, "It's ok, Mirela. I don't think I ever saw you so drunk in my life. You were so passed out that Baba had to take you home before midnight."

Mirela stared at her, "What?"

Tsuara laughed quietly as she wiped at her face. "You don't remember?"

Mirela's heart dropped. Had she dreamed everything? The churning in her stomach paused, was she still responsible for Pila's death?

As Tsuara looked upon Mirela's face, the little girl laughed. She quickly shushed herself and looked around with a childish look on her face. Mirela, feeling relief, started laughing as well.

Both girls giggled in the corner as Pila's ashes fell to the ground.

Mirela glowed as she walked out into the lake shore. Finally, Tomas and she were finally to be wed! Tomas' father had conceded to allow him to marry in order to not return the dowry.

Although she had not talked to him for months, she knew that he was ready. He had become more serious and masculine.

He had worked hard in the field with his father in order to prepare to be a better provider.

Although she had not wanted to marry by the lake, she had conceded this to Tomas. He had said he wanted his brother to watch over them as they wed.

The guilt she had felt lingered, but was overshadowed by her joy. It had been four years since they had first shared that kiss. She was ready as well.

Under the bright moon they shared their first kiss as man and wife. The village celebrated in the same place that, just a few months ago, they had mourned.

Mirela danced all night, celebrating her life and feeling as if all was well.

As the music thumped behind her, she walked towards the lake shore and looked at the moon, a smile plastered on her face.

She knew that the moon had not spoken to her, and that she did not cause Pila's death. But she still closed her eyes and thanked the moon silently.

Tomas was taking off his shoes and clothing. Mirela, unsure of what to do, began to take her dress off.

Tomas gave a side look and Mirela froze. Her bashfulness was crippling. He turned away again to take off his socks. Mirela continued as well, her stomach racing.

Her dress was off but she refused to put it down. Finally Tomas sat naked, his back to her. He turned his head slightly to see her from the corner of his eye. Mirela held her dress more tightly.

"Have you ever done this before?" Tomas finally asked.

Mirela shook her head, before realizing that he probably could not see her. "No," she squeaked.

He turned on the bed and Mirela saw, for the first time, his nakedness. She stared and could not stop. She suddenly felt a tugging and saw that Tomas was pulling the dress from her hand.

She let him take it from her, but she did not move her hands away from her breast.

Tomas let the dress drop as he stared at Mirela up and down. She was frigid with fear and could not move. He pushed himself off the bed to stand next to her and Mirela stared up at him.

He grabbed her arms and slowly moved them to the side. He held her arms as he took a step back and stared at her completely.

After what felt like an eternity, her heart beating so loudly, he pushed her softly onto the bed. He made her lay down and suddenly he was touching her.

Her eyes closed and she began to breathe heavily. Suddenly a moan escaped her lips and Tomas stopped. Mirela remembered she was shy and stared wide eyed at him.

He smiled coyly before he penetrated her, causing her pain.

Mirela stood her kitchen crying again. Her large stomach heaved as she tried to stifle her tears. Tsuara held her hand in concern. Mirela suddenly stopped and looked up, "Is he-Is he coming?"

Tsuara shook her head. Mirela turned her eyes to her and saw the pain she felt reflected in her sister's eye.

An immense guilt flooded her to think that her 12 year old sister was seeing her this way. "I'm sorry, Tsu-Tsuara." Her breath was ragged.

Tsuara simply shook her head, "You must tell father. What will happen once you have your child next month? Will he hit him too?"