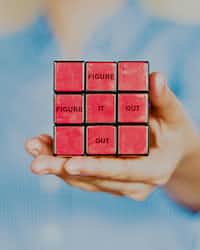 [Cutout] (Jamie (Captain/Girl)) (Xavier (Shady Pirate)) -Fanfiction/short story for Descendant. - May borrow some names, but basically unrelated due to possible post length. - Might do something like as series for this, but don't that that too seriously.

Jamie narrowed her eyes at him. "So what's your deal?"

"There's No Deals?" He asked the question right back. But his voice became hoarse at this moment, making him sound much tougher. His ego inflates. At the same time, He also felt a bit closer after cracking a joke.

Jamie huffed. "Let me rephrase this. What's your problem?"

"No. You're...strange. There's always something ... OFF about you." Jamie said skeptically.

(Okay, going on with this topic, do not read our draft if you somehow got the link.) That's kinda a PROBLEM Thanks!