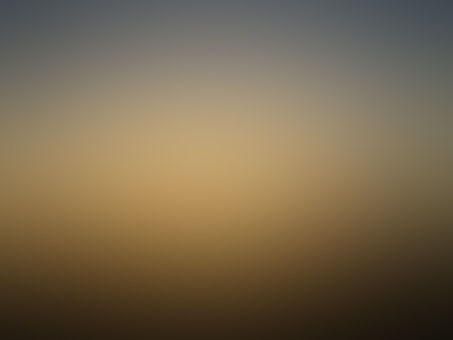 foreign_tk Community member
Autoplay OFF   •   3 months ago
Transcript Use Images
A story about a boy who receives some startling news, kickstarting a whole chain of events.
fiction superyoung adultyoungadultsuprisesshort storyshortstorythriller

Troy woke up that morning groggy he had the best night last night, he got to talk to a couple girls and even managed to get a kiss, for one night he was happy.

As he woke up all he could feel was a sense of dread as if the world was seeking to claim the blessings he had received only to leave him hollow and weak.

Troy knew that today wasn't going to be a good day and it all started with a phone call.

"He-Hello" , Troy says with a break in his voice. Weird he thought but whatever

"Hey man this is Jacob the new manager at sunshine,

yea we just got wind that your friend has passed and we wanted to let you know not to come in today and to just let us know when your ok to come back" says Jacob with a somber tone.

"Your friend Jamal has passed I don't know the details but what I said still stands. sorry got to go, bye" says Jacob quickly eager to get off the phone

"What the hell is going on?" thought Troy silently and in disbelief, Jamal was with him just that night how could he be gone.

Troy needed to figure out what happened and how because nothing was making sense.

As Troy got up from the bed, rushing to get dressed he called Jamal's phone hoping that the news he had just received was false, hoping that his friend was still alive.

"Troy! Your never gonna believe what happened to me man, like I don't even believe it, but trust me it's real" shouts Jamal in rush

"What are you even talking about,thank god your alive, and where are you?" Asks Troy with a sigh of relief.

At this he stops rushing to get ready and begins to head towards the kitchen so he can go through the fridge.

"Bro you will never believe this but after last night we can't die, or at least I can't" says Jamal

Troy bursts out laughing dropping the stuff he was carrying but something odd happens, nothing drops to the floor. Troys phone drops from his hand and it to begins to float.

Troy in disbelief presses the speaker button on the phone while it dangles one the air as if it was hooked on invisible wires.

"Ok I don't believe your lying now because I just dropped everything and somehow everything is still in the air" troys says into the phone while marveling at the sight in front of him.

"Oh and why does everybody think your dead" asks Troy while pushing things about in the air trying to move them with his mind and succeeding by throwing some ham on to his window.

"I did die, well kinda, you see last night after we split up right as I was crossing the road I got hit by this car and for a moment I was dead.

My heart stopped and everything, they said I was a bloody mess" Says Jamal

"Holy shit, how are you ok?" asks Troy

"Grrreat" he thought, Troy just turns and heads to the back entrance and opens it. Standing in front of him is Jamal smiling and wearing a medical gown.

Just as they are about to dap each other up, Jamals forehead explodes outwards. The only thing Troy could register was the sticky red wetness that splashed across his face and the smell of iron.

As Jamal falls a man standing behind him with his hand on the trigger fires again three shots this time aiming for Troy this time.

Troy closes his eyes the last thing he sees are the faces of Jamal and the shooter.

Troy thinks about how there was so much he wanted to do before he dies and how angry he is that he is being killed by a man he has never met.

As Troys eyes closed instead of hearing three bullets hit his chest he heard a loud crash and the sound of trees bending and bones breaking.

Troy slowly touched himself to make sure he was still alive and then slowly opened his eyes. everything in his immediate area was gone.

It was as though a bomb had dropped and had destroyed everything in the area, cars were flipped, the concrete was ripped apart, and the people were nothing more that stains of red on a carpet.

"I guess headshots don't kill me hehehe" says Jamal with a wry smile and a look that screams never again.

Troy grasped his friend holding him tight giving himself a chance to just break, and allow the emotion and destruction to hit him all at once.

"You may die again you know that right" says Troy

"Yeah, these things are never easy u just make sure you don't get hit" says Jamal

Both boys nod in agreement as dozens of black SUV's, cop cars and helicopters pull up.

"Here we go" says Troy as he raises his hand and closes his eyes, All that could be heard were the sounds of gun fire and then nothing.