Commaful
"Who Are You?" The Voice Series 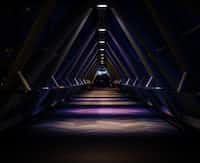 foggyg Community member
Autoplay OFF   •   10 days ago
Transcript Use Images
A being captured from the concrete jungle is placed into confinement to only discover this place is a source of mystery and adventure.
funny funnycreepyshort storyshortstory

"Who Are You?" The Voice Series

It has been twenty days since the keepers took me away from the concrete jungle with their forceful binds and wagon cages.

They placed me in my confined space, equal among the others who were held captive to ensure everyone was treated, "fairly.

" I knew what that meant, it meant as long as you treated the keepers with respect, laughed at their jokes, and fed into their ego they will let you do things to make you feel somewhat normal.

I did not like being in this confined space, I did not have anything in common among the others, I heard voices through the vents, unsure if it was my own thoughts or if I was making it up.

But, I was lonely, so I started talking to them. The voices made me feel comfortable, molded to every topic I transitioned to and had a tidbit of knowledge of everything I wanted to talk about.

I must be going crazy I thought, but why does it matter, look where I am.

The voices seemed to whisper at times, sometimes they were so loud I couldn't bear it any longer.

There were no pillows in my confined space to cover my ears, I tried to wrap my mattress around my head but the keepers would hit my door and yell at me to stop.

Was this a game? Was it designed this way? Was I supposed to hear the voices and not ignore them? This battle continued day by day and I finally gave in and submitted to their way.

Once I submitted to the voices life became easier, sometimes it would come from the wall, the vents, the toilets, everywhere.

They would tell me if someone was here to see me, or if I wanted to wash myself, or be out of my confines and wonder the big space to enjoy "freedom" for a limited time.

I usually took their advice, I had no choice, they were in control.

One voice became ever so present in my head, it was convincing and telling me to ignore the other voices that were guiding me day to day.

When I listened to this voice, it made me feel calm, free, and a mental escape from where I was.

It would tell me to undress myself and make loud boisterous noises to express my confined inner energy. It made sense, why confine my mind when my physical body was.

The voice from the wall told me it was my time to be "free" for a limited time. It was my chance to show the keepers they were not in charge.

Yes, I will go out there, but I will not submit to them when they tell me to go back.

Then, there it was; my chance to show them. The door to my dungeon was open. I plummeted out of the opening as if I was entering a sea of freedom.

I felt the fresh, clean air through the hair on my body. The voice told me to go out into the abyss. Though only in the flesh with no garments, I continued on.

As I fought through the turmoil and grief of leaving what was comfortable, I thought to myself "This is Mary's world". The keepers told me to go back.

I ignored their ridiculous and belittling commands. The voice was strong. It told me to go. The keepers were persistent in their goal to confine me deeper.

They used tactics I have never seen before.

I backed myself against the wall, it was the only way I felt I could defend myself from the keepers. Nothing could sneak up behind me, nothing to push me back, only move forward against them.

Why was I doing this? "Do not submit" the voice said, "do it for Mary's World."

I couldn't bear the conflicting decisions I was going through, the weight of the pressure drove me to sit down on the cold concrete floor. Then, I felt it.

I felt chills jolting up and down my spine, it felt orgasmic. I realized my balls were barely touching the concrete floor and the coolness was causing the jolt.

I never felt more alive and happy since I've been locked away in my confinements. I wanted more.....

During this, the keepers were lined up behind each other, approaching me with a protective shield. The sensation I felt only grew an appetite that needed more attention.

I wondered what the sensation would feel if I pressed my penis against their protective shield.

Will it close the door to this experience to only leave me wondering what's behind the next one? What do I have left to lose?

Then, like a large voluptuous boulder, one of them pushed me down, crushing my spirits. I told them they were not welcome in this world. They did not listen.

My penis and testicles pressed against the protective shield as I again told them this world belonged to Mary. My buttocks skipping across the cold dense floor.

Experiencing these rapid thoughts of anger and confusion were finally settled with a release I haven't felt since I was free in the concrete jungle. I had climaxed.

Nothing felt better, I felt as if I was stranded in the desert for months and finally found water to satisfy my never ending thirst.

It was bliss, the only way to show my gratitude to this release was to the keeper holding the protective shield. I gently whispered, "thank you" to him.

He looked confused, then he looked down and realized what happened. He found my bliss sauce on his protective shield.

I knew he was not going to say anything because of the shame it would bring him amongst his peers.

They would never look at him the same, constantly tormenting him throughout his career about this very moment. The voice manipulated him to satisfy me, the voice won.