Commaful
THE LIGHT THAT BLINDS US 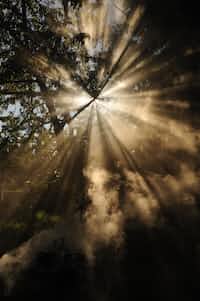 THE LIGHT THAT BLINDS US

They walked down busy lanes That were lit with bright lights, Oblivious to their pains Who were crying numerous nights.

From clean streets to warm cosy nest They walked away through the cool breeze, But for them even rags were best Which at least won’t let them freeze.

One had the food served fresh The other left with a stomach growling, One wore the comfiest dress The other slept with tears rolling.

They lived in luxury and fancied luxury While a full-time meal was their only dream, They fed and played with their friends fury But no one was there to listen their scream.

Their vision, the lights blinded About the other world they did not know, Their problems, no one minded Cause no one cared to bend enough so low.

And they remained in the pettiest state With even hope erased from their eyes, And their they cherished their fate In light that hided all lies.