Commaful
The Horrors: Chapter 1: The Collision. 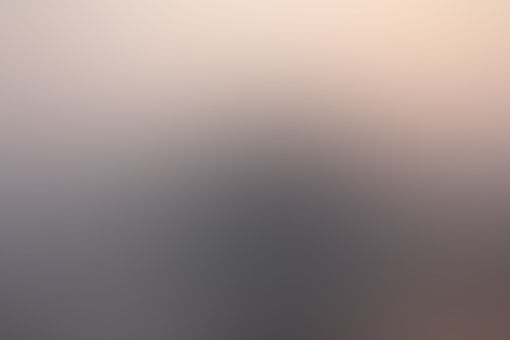 flameo Maria. *explosion*
Autoplay OFF   •   a month ago
Transcript Use Images
Enter the Demon.
thriller elolbendyfnaf

The Horrors: Chapter 1: The Collision.

He looked around swiftly, quickly. There was nothing.

The anomalies had gone, and yet...

He looked at his hands.

It was almost as if nothing had ever happened.

Perhaps-a dream? No, he didn't dream. This was clearly something else.

He recalled that he was attacked by... something. But what?

Whatever it was, it no longer mattered.

He ignored it. There were more important things now.

For example, where was the lever?

He turned. It disappeared, gone, as if non-existent. Perhaps it *was* a dream, indeed.

He then noticed it. He realized that his inky aura had disappeared.

The rest of him was normal... right?

Then he recalled when the lightning bolt hit where his eye would've been.

He touched that area, feeling light heat from it.

It wasn't searing, but he could feel it as if he had an iron on his face.

As if he had a mouth.

He then thought, what if I speak?

He could think as well.

It was worth a shot.

His mouth opened, and quickly, he thought of what to say.

"What should I say?" he thought aloud.

He jerked back, looking around. The voice was... different.

It was from him.

"Interesting," he said to himself.

He looked around. The lever had disappeared, but it had left the room in destruction. The doorway he came through was blocked, and there was no other exit.

A board collapsed from above, smashing in two.

He looked up. There was light coming from above.

That meant that, somehow, the lever had opened the Machine.

He leaped high, grabbing a board above him.

*That was interesting,* he thought to himself.

Suddenly, the board he was grabbing onto began to make a loud *crrrrrack* noise.

Instinctively, he leaped to another board as the one he was currently on snapped in half.

He knew he needed to act quickly when the other board also began to crack.

Quickly, he jumped from board to board, approaching the light faster than ever.

He could hear the cracks more and more. His time was almost up.

It was then he saw it. An empty doorway.

There was nothing within, nothing but darkness.

Was this the light he had so desperately sought?

An empty doorway leading back into the darkness he had so desired to escape?

The board he was on started to snap in half, and he knew that there was no other way.

As the board broke in two, he hopped into the door, expecting there to be nothing.

But little did he know...

Once again, he awoke.

In a strange and unfamiliar room.

But a household of whom?

He then heard faint whistling.

He walked towards it, leading into a kitchen.

He turned to the whistling when he saw a man.

The man turned around.

"You. You took everything from me."

"Perhaps that would have sufficed."

Joey shook his head. "You're as ignorant as Henry was."

"Do you know what it's like, Drew? Living without a soul? Because it seems like you do."

He chuckled. "Good one," he said. "By the way, would you like something? Coffee? Whiskey?"

"I care not for your refreshments. I only live to see you die."

Joey sighed. "Direct, huh? But what you don't realize is that you can't kill me, Bendy."

"Is that so? Care to test that theory?"

The Demon lunged forward, but to his surprise, Joey had a few tricks of his own.

His arm formed into an inky blade, slicing at him.

He was thrown backward, slamming against the wall.

"Sweet dreams, you son of a bitch."

Joey went in for the killing blow, but to both his and Bendy's surprise, Bendy's arm formed into another blade, blocking Drew's attack.

The Demon pushed back against Joey, shoving him into the living room.

Their inky swords began to clash, deflecting each other's attacks every time.

Bendy grabbed Joey's head and slammed it into the kitchen table.

"Arrgh!" Joey exclaimed in pain. He grabbed Bendy and threw him aside.

Joey went in but was blocked by Bendy's blade.

Bendy pushed back so he could stand upright, and the fight continued.

Slashes cut up furniture and decorations.

Joey attempted to attack from the side, but the Demon quickly dodged.

Bendy went in for a final blow, slicing Drew across the chest and slicing his bathrobe.

He attempted to get up, but the Demon's sword was at his neck.

Joey laughed. "Even with a mouth, you still can't understand."

The Demon looked at his blade. It quickly formed back to his hand.

"So I can create material objects with my body. Curious," he thought aloud.

He looked around. The apartment was a mess, the wallpaper torn up, stuff on the floor.

He noticed a book and picked it up.

"THE ILLUSION OF LIVING BY JOEY DREW," the book's cover read.

Bendy scoffed, tossing it aside.

There was a doll of the cartoon Bendy on the ground.

He looked at it. That doll was what he was meant to be.

He was meant to be a cartoon devil. Come to life.

Saying it aloud made it sound stupid.

Then he noticed it.

By the back door, there was another room.

The room concealed the Machine.

He walked over to it.

It was worn down, old, and rusted.

There were still souls inside.

Perhaps he should free them-

Since when did he care for other souls?

He was born out of selfishness.

Maybe, just maybe, whatever the lever did to him...

...provided him with emotion?

It didn't matter. He had more important issues.

He looked to his right. There was a door.

There was only one way to find out.

He walked towards it, taking a deep breath.

It had been-he looked at the calendar-decades. The year was 2021. A long time had passed.

He knew that, obviously, the world would be different from what he glimpsed.

He took a deep breath and opened the door.

This was not what he had expected.

He had seen small glimpses, so he wasn't sure what to expect. But this definitely wasn't it.

In the sky, it seemed that multiple Earths were at the same point.

He walked away from Joey's apartment building and chose to explore this merging of worlds.

As he was walking-apparently, the lever had taken away his limp-several humans, REAL humans, passed by.

They looked at him and screamed, running like hell. Well, some of them. The others seemed like this was their everyday thing.

As they left, he thought, "That was not the reaction I expected."

He decided to go to the center of the collision.

At the center was an old mansion.

"What the..." he said, seeing multiple worlds all over. They all had their own, unique buildings and roads. But the mansion seemed to be in the same worlds.

He wandered inside the mansion.

It was almost perfect on the inside.

There was a round table in the center of the building, spiraling staircases behind it.

The table, strangely, had no chairs.

Curious, he approached the table. It was oak brown, wooden.

The middle of it had a large, silver H.

Suddenly, a chair appeared right in front of him.

He walked in front of it to see that it showed a symbol on it.

"As if this day could not possibly get any weirder."

He realized that the other worlds were worth exploring, too. After all, they were probably like his own world. Confused, wondering what was happening.

Then he remembered the people who ignored him. Perhaps they accidentally crossed over?

He paused. Once again, he felt... emotion. The blast had indeed changed him.

Behind the stairway was a door with a marking of a bear above it.

There was no other option, so he chose to open it.

And traveled to another world.

This world seemed to collide with itself.

Chaos occurred all over the place.

He stepped forward, looking around.

He knew next to nothing about Earth, but he could tell that the clothes one person was wearing were nothing like another's. Something was off about this reality.

He walked through the town. People were running all around, screaming, crying.

Suddenly, he felt a calling like before, only this time it came from a... he looked in its direction. A "Freddy Fazbear's Pizzeria". Whatever that was.

He knew that if he went inside, it could make things worse.

So, being the dumbass he was, he went inside.

Cobwebs grew and the floorboards creaked. The place was old.

Very old. It was like no one had been here in years.

He walked up to the center stage. Four animals stood tall but asleep, but they were not living. He could see their mechanical skeletons.

The bear holding a microphone was obviously Freddy Fazbear.

The others were a blue bunny with a red guitar, a yellow chicken with a pink cupcake, and on his left was something called Pirate Cove, and a deactivated,

metal red pirate fox stood in between the purple curtains.

He felt something within the metal creatures. Something... almost human.

On the left of the stage was a hallway. He walked away from the animatronics and through the said hallway.

He didn't hear them booting up.

As he walked through the hallway, he suddenly felt strange yet again.

To the right was a square room. He walked inside of it and...

On the floor were the dismantled animatronics that *he had just seen*. It was not possible, unless...

Could the past, present, and future be colliding?

He heard footsteps behind him-stomp, stomp.

He made his blade and spun around, holding the blade at... Freddy's neck?

And he wasn't alone. The other animatronics were behind him, as well.

There was no answer.

He growled. "Answer me, dammit!"

Once again there was no answer, at first. Then, Freddy booted up, his eyes opening and his back straightening.

"Finally, you've awakened. Now, who are you?"

"Finally, you've awakened. Now, who are you?" The other animatronics began to activate.

"Finally, you've awakened. Now, who are you?" The other animatronics began to activate. "I'm Gabriel," said the bear. "This is Jeremy, Susie, and Fritz. Who are you?"

Freddy-*Gabriel*-shrugged. "It doesn't matter. But why are you here?" he asked.

"Look behind me and give me an explanation." Gabe's eyes went wide as he saw the broken animatronics on the ground.

The air in the room seemed to get thicker. "I... don't know why that's there," Gabe said.

"Yes, well, it seems no one knows anything today, hmm?" Then he felt something. Someone had entered the building. He looked at the 4 of them. "Wait here."

He could hear the metal footsteps.

He could hear the metal footsteps. This might be another animatronic.

He walked into the center room. Then he saw him.

The green bunny. They stared at one another.

Then, they both attacked.