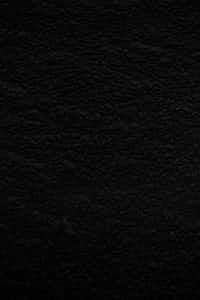 fivecents The crows are calling for disaster
Autoplay OFF   •   2 months ago
Transcript Use Images
Make the jump.
fiction adventurejumpingchildhoodsuspense

As he looked down, all he could see was the black chasm of the abyss. Across on the other side of the canyon he could just make her out. She was urging him onward. "You can do it" She shouted.

"Just a few more jumps and you'll be safe with me." He looked at what he had to still accomplish. Just three jumps, that was all.

Three jumps across the broken rocky path to get to the other side. He could do this.

He eyed the first jump, not that far, he thought. Bracing himself, he got ready for the leap. Sweat was pooling at his brow. Don't look down, he reminded himself only forward. 3... 2...

JUMP! He leaped through the air feeling almost weightless as he flew, then he landed with a THUD! Relief spread through him as he realized he had made it across the first jump.

"Whooo Hoooo you did it!" she shouted from across the abyss. "Only two more jumps to go you can do it!" If she believed in him than he could too. He eyed up the second jump just like the first.

He thought he saw rocks crumbling down as he tried to get to his feet. It's okay, he thought, just two more jumps. He reared up like the first, tensing all his muscles up in preparation.

He was in position, 3... 2... JUMP! He grunted this time as he landed, ooof. But he did it! Another sweet wave of relief as the second jump was complete, now just one more to go.

He could hear the shouts of encouragement from where she was standing. Just one more jump and he would be with her again.

This Jump was harder though. It was longer. He didn't know if he had it in him to make it that far. Once again, he looked down into the dark abyss. No! He had to make this jump.

Not only for himself and his safety but for her. If she could do it, then so could he. He got in position; muscles tensed.

This was the jump that determined it all, life or death, he could do it. 3... 2... JUMP! He leaped once more into the air, getting another feeling of weightlessness.

But then he saw with horror, he wasn't going to make it. That feeling of weightlessness turned into the gut-wrenching feeling of falling. He could hear her scream NO, but it wasn't enough...

he had missed. THUD!

He looked up at her in disbelief. "You died." She exclaimed, looking down at him. "Again." "C'mon" he protested, "I'll get it next time."

"I know" she said as she reached down to help him up, "you were really close that time." The two of them got up, hand in hand, and walked back to the start of their homemade obstacle course.

I wanted to write something fun about a child's imagination so I hope this was good :) ~ @fivecents