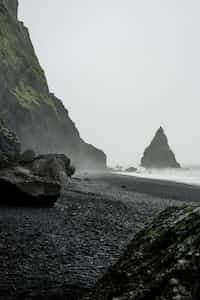 findingmyfeet 18 // Wanderlust Writer
Autoplay OFF   •   2 months ago
Transcript Use Images
Before you know it... you're drowning.
feelings darkdeepmentalhealthmental healthheart breakheartbreakwaterdrowningbeachswimming

Missing you comes like the waves on the shore of my mind. You see them coming but sometimes you can underestimate the sheer size of them...

which is dangerous because, within seconds, you're dragged under. Before you know it, you're drowning.

I feel like I'm floating; some days it's easy, you don't even have to try, it comes naturally. No need to attempt at pasting on a smile, act like you're having a good time...

the enjoyment is real, a performance is unnecessary. Other days, I look around and realise I'm in the deep end, I've drifted out to sea, barely keeping my head above water.

Some might say the waves don't hit you as hard out here, they're only just beginning to form, they're gentle on you. If you think about it, it's cunning, deceiving really.

You think because the wave isn't breaking, it hasn't gained any height, that it can't possibly have an impact on you. Wrong.

That steady rhythm of your body bobbing up and down in the water is relaxing, of course, you might even believe you're at ease and slowly start to let go,

slipping away between the waves - pulled under. That's when the fear kicks in, the utter panic and you forget how to swim... It all goes dark and now there's water filling your lungs.

The audience is on the edge of their seats, watching me fight a battle that’s all in my head, unaware that this is the war and it might be the final curtain. If I could only just remember how to swim.