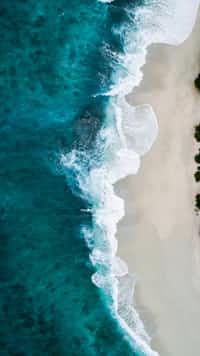 filmrose Simply a writer.
Autoplay OFF   •   a month ago
Transcript Use Images
A tale of a voyage aboard a ship called 'The Incred' where a mutiny holds place among the crew. A man, unnamed to the tale, experiences the journey first hand and writes about in his journal. But will all survive the voyage?
fiction journeyvoyage

T'was several years ago that I experienced the voyage of the green sea aboard 'The Incred.

' None survived that devastating voyage but three souls who held the burden of experiencing the winds and waves of horrid memories, I one of the fortunate and unfortunate survivors.

I often found them corrupting my thoughts and causing a fear of storms as well as a fear of man.

The other two who bore horrors untold were crew members upon 'The Incred' under the supervision of Alexander Khran. Some years ago I learned of Mr.

Khran's incompetence as overseeing captain of 'The Incred.

' Rather than a parrot perched on his shoulder like the tales as I had heard as a child this sailor, Alexander Khran,

owned a live vipor that nestled itself along his shoulders as if it were a scarf in season.

All crew members and traveling passengers thought him had as did I, a man of the shipment business administering members of the crew to work more vigorously,

when he made his first appearance on deck after some days within his cabin imprisoned with his worrisome thoughts.

he continuously muttered about.

himself away in his cabin through the day. If not in his claustrophobically clustered cabin Mr.

Khran was often in the crow's nest with a scope in hand or with his first mate at the wheel unspeaking unless there was a sign of a storm arriving soon.

an end as most work relationships do except this one was in a more violent measure.

more beast than man it was revealed. A mutiny arose against Alexander Khran only two short weeks after we started to sail, and it was in fact Mr.

Clairiss who led the rebellion to Alexander's cabin a few minutes before midnight when all but those apart of the uprising and I were soundly asleep.

That morning there had been three declarations, each from the crew and the captain.

The first of the declarations was from the crew's glaring eyes at the captain that day, silently announcing that the revolution would begin and end that very day.

The second of the declarations was from the captain to the crew, warning them a storm would strike soon though no one believed him.

The last of the declarations was from John Clairiss a few minutes from midnight when he sunk the bullet into Mr. Khran's skull, beginning anarchy.

The mayhem of the crew would have killed all had the dreadful storm Mr. Khran had warned them of, not tipped 'The Incred' to the very point where all cabins were neck-deep in water.

Racing up the stairs to the deck the crew desperately heighered the sails and lowered the sails, clung to the wheel struggling to direct the ship away from the dangerous waves,

the surface and drifted deeper into the water closing their eyes and releasing their last breath as they fell to the depths of the sea where hundreds of ships had sunken, only to be forgotten.

It was a storm unimaginable, even in my description I can not tell you how terrifying the imagery was and the fact that every second we became closer to death and yet farther away each moment.

The churning ocean was a forever path of destruction and calmness.

It crumbled hopes as its waves crashed against the wooden boards of 'The Incred' and built hopes as its waters calmed for a mere second and then released its wrath once again.

Repeating it swept the crew members into the profundity of the sea's anguish. It was only later that I learned that the storm lasted three horrid days, without rest for the body or for the soul.

All crew members, besides the two who survived the storm, met a watery grave as did 'The Incred.'