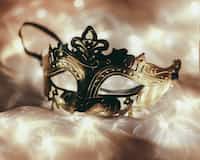 filmrose Simply a writer.
Autoplay OFF   •   a month ago
Transcript Use Images
After Chess is reintroduced to a long time ago love of his, he seeks to see if the spark they had can be rekindled.
romance chess seriesromanceroyalshumorlove

The word was simple yet crucial to the question that Chess had to glance away as he responded, "Yes."

Curiosity struck Grace like a violent storm strikes against the earth. "You...kissed her? What happened?"

Chess sighed, his displeasure clear. "My life is complicated, and you know that. At the time I thought I was ready and so did she. But as it turns out, we weren't."

There was silence and then she placed her hand on his shoulder. "Chess," His sister began. "It's obvious you like her. And there is nothing wrong with that. Want some dating advice?"

She rolled her eyes and replied with, "Invite her to the gardens tonight. As a guest she has to have a room here."

Grace swatted at his arm in a sisterly manner. "I'm not always full of bad ideas!"

She was still surprisingly beautiful even though her hair was a mess and it appeared he'd awoken her.

Blushing and suddenly realizing she must look like a mess, Mercy tried to at least look somewhat presentable.

As soon as Chess entered the room Mercy said, "I didn't expect you to knock on my door so soon. Especially at this hour. So, I'll assume there's a reason you woke me up at eleven at night."

He cleared his throat nervously and nodded.

"Will you give me the pleasure of this evening by accompanying me to the gardens?"

"Are you serious," Mercy asked with a cocked eyebrow.

She stifled a giggle and tilted her head as if considering the idea.

Folding her arms stubbornly she finally gave him her answer, "Fine. But we have to wear disguises so no one recognizes us."

Chess suppressed a grin. He chuckled and then whispered close to her ear, "Of course, I wouldn't have it any other way. What disguises do you suggest?"

A mischievous glint shown in her violet eyes as Mercy coyly brushed past him to an armoire full of costumes of which she pointed to.

"It's almost like you knew this would happen," He noted.

She rolled her eyes. "How else do you expect me to enjoy myself? Royals have so many rules!"

"And as I remember it you once told me rules were meant to be broken."