Commaful
Beauty and The Traumatised beast 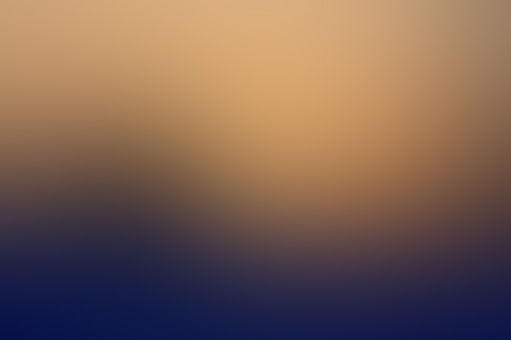 fictionwonder Community member
Autoplay OFF   •   23 days ago
Transcript Use Images
When 25-year-old David Kavinsky is forced into a planned marriage by his mother to clear up a gossip putting his reputation in the balance, he endeavours to turn his wife's life into a living hell, but what he didn't expect was to fall in love with her in the process. Will he succumb to his love? Will she be able to deal with his past and reciprocate his love?
For the rest of the chapters, click on the link of the source.
Source: https://www.wattpad.com/m...
romancelovebetrayalforgiveness

Beauty and The Traumatised beast

I was taken aback by his reaction, but I felt comfortable being held. I was also surprised he wasn't going to work.

That was so unlike him, but maybe sleeping in the office for a week made him finish some of his mergers and acquisitions that he could take a day off.

After some time, I noticed he was shivering. I placed my head on his forehead. Shit! He was in an oven.

I moved slowly, trying not to wake him up. Then, I went to grab a towel and a bowl of tap water. I kept changing the towels whenever they became hot.

I had to change him from his jeans and t-shirt.

Talk about awkward, but I had to get him into something more comfortable. I got him into a green shirt and pyjama buttons.

I went in search of some Advil. Mrs Parkinson was on holiday to her sister's, so apart from the security, I was alone in the house.

I gave them the pills and a glass of water, which he drank sleepily. I decided that if he didn't rectify by midnight, I'll call a doctor.

I made him chicken soup and lemon juice.

"David, can you hear me?" I said brushing my fingers over his now cooling forehead.

I called him again and again until his eyes fluttered open. I averted my eyes and helped him to sit down.

He answered me with a heart-warming smile, "Fine"

"What happened to me?"

"You had a fever. Here, I made you some chicken soup and lemon juice."

He took a sip of the soup and moaned in appreciation. I felt so proud of my culinary skills.

It was something I learnt from living alone in London and not wanting the stomach ache from street food poisoning from cheap food stalls.

"Did you change my clothes?"

"I'm sorry, but you were really hot. I had to change you into cotton clothes. Also, it'd have been awkward to ask Luke to do it. More awkward than when I did it.

I hope you don't hold it against me. " I said trying to contain my blush, looking down. He was really sexy with his ripped body and bulging muscles.

"No grudge taken. Luke has seen worse anyway. Thanks for the soup. You really know how to cook."

An awkward silence stretched between us as he ate the soup, so I stood up.

"I will leave you to rest. By the way, I sent Luke a message to inform him you were sick and won't go to work. Take it as advice, but I prefer if you stay at home tomorrow until you recover. "

I moved to the door, but he held my wrist.

"Please, stay. I'm sorry for what I said, but I...I just didn't like seeing you kiss Lucas." He said and screwed his eyes shut as if getting rid of the memory. His raged face set me on edge.

"Look, I may have helped you, but I will never forgive you for what you have done. You have embarrassed me in front of my friends, but nothing hurt more than when you told me I slept with him.

Lucas has been salivating at my feet since uni, and I always turned him down. Yesterday, I slapped him, but your words were a knife twisting in my heart.

You were with a girl the second night after our wedding, you thought I didn't see her, but with Peter as a father, I knew how to become a shadow and move around without his mistresses noticing.

I saw you. Yet, I said nothing. Now, never tell me that I don't have the right to get outside. I will never sleep with anyone. I'm not like you, but I'll be damned if I let you control me.

" As tears were slipping down my cheek, he cut me off as he lunged himself at me and kissed me passionately. His kiss had something that reassured me. I don't know how, but I liked it.

At first, I resisted and tried to pull back but couldn't. The sexual aura between us made me unable to resist. I kissed him back.

His hands roamed my body, tingling my back, my hips and my thighs as he pushed me to the wall. I let my hands explore his muscular back. I clutched his biceps, moaning when he bit my lower lip.

My mouth opened, and he didn't lose any time slipping his tongue inside my mouth. It was tasting, exploring, giving and taking.

I moved my hands to his sexy hair as I pulled on it roughly to give him more access. He groaned as his hands continued roaming my body.

By the time we were done, we were both out of breaths. He laid his forehead on mine.

"I'm so sorry. I will never control you. I know Peter wasn't the nest father. My biological father wasn't the best, too. I know how that feels, and I'm sorry for the sub.

I will never do it again. Now, I know why you turned me down. I have never regretted something more than that girl.

I have tried to forget you with subs, but I ended up imagining you instead of them. I like you. You make me want to be better for you.

you might not feel it, but whenever I'm near I'm overwhelmed with a need to make love to you. Whenever you're with me, I want nothing more than to hold you. Holding you makes me feel peaceful.

Please, give me a chance. You might not feel like me, but just give me...give me a chance to show you. I make you love me. Will you give me that?" He said sincerely that I felt I was dreaming.

He didn't think I like him, and his nightmare. Everyone has his own fucked-up past, even me. Why would I not like him? And he thinks I'm not attracted to him?

He was looking into my eyes as though trying to figure out my thoughts. He was...nervous.

I wanted to forget the fury I felt when I saw him spanking that sub in his dungeon. He had a kind heart. I can feel it below all that money, expensive clothes, impassive face and heartless eyes.

I wanted it to be mine.

I cupped his face, not wanting him to feel insecure and said," David, I'd be lying if I said your words ever since we were married didn't hurt,

and I'll be more damned if I said that seeing you with the sub didn't open a wide wound in my heart, reminding me of Peter," He was about to cut me off, but I silenced him with my finger.

"However, you're worth it. I feel the sexual attraction towards you, too, and about your nightmares, you have nothing to worry about.

We all have ones, and I won't let the skeletons in your closet stand in our faces. I can see that beneath all these layers, there is a kind heart, and I want it, all of it.

So, yes, I'm willing to give our marriage a try." I said and kissed him passionately again. He groaned in pleasure when I pushed my sex to his hard bulge.

I kept massaging it while we kissed wildly. This kiss was different filled with pure lust.

When I moved my hands from David's hair to his chest, he made an animalistic sound that nearly made me jump back, but David's firm grip prevented me from backing off. He pushed me to the bed.

His hands started to roam around my body under my shirt. Just then, I pulled back from our kiss, breathless. I rested my forehead on his.

"We have a lot of time for this. Now, you need to rest." I said, giving him a peck on his lips before heading back to my room to prevent him from protesting.