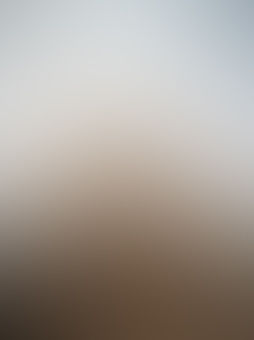 fiction_reality Community member
Autoplay OFF   •   9 months ago
Transcript Use Images
What after harry potter part 8 ,here is a new begining for poter_heads;
Curse for life =>entry of new world=>Welcome to land of
Sacred_Natural_Medication_Magical_Practise =>find more in part 2 (coming soon)
fiction curse_for_lifeharry_potter

"INTRO":Life was good or may be something was taking its time to commence;Harry was enjoying family life,weekly get-together with old friends(ronald,..

& about Voldemout (again some silence with sense of fear and relief as he is no more);Days went like this , until that day comes when they have to send their children to Hogward;

"TRAIN-SCENE":Standing on platform ,eye full of happy tears wishing for their well-life at Hogwards ;All were their (ronald , malfoy,.......

)waving hand to say good-bye to their children's;Suddenly while waving hand,harry noticed black-dark-inked-mark on his hand,

curiously thinking about the spot he had a sense of seeing it somewhere before;()=>=>=>" flash- backs of dumbledoor with same dark spot on hand"<=<=<=()

"Allotment of houses":While children were reaching hogwards ,here was a different scenario ,he can't sleep that night.......

;(this worried his wife)In train ,they met malfoy's child george and have a talk with him;After reaching hogward they were introduced by adam (new female-teacher from "nag-shakti") ,

while their welcome ceremony was going on henry felt connection with adam;geoge (malfoy's son) & ralph (ronald's son) were choosen in "garurdwar" while henry was selected

in "nagshakti";( he didint minded for "nagshakti" but for not with ralph ) ;Lily (daughter of adam) was selected in "nagshakti";There she met with henry for first time(firsttime,?

was something more to be happen.... wait u may be juding wrong continue the story)

"FlashBacks &Search of Cure": For the first time henry had some dream /flashback's of a man with his date ,

but the scene was not cleared enough to remeber their face ;Here harry was facing some flashback of some black wiard /soul in a new born child ; His wife told ronald all

about harry's situation and asked for his visit;After knowing the situation, Ronald and herminey were their in no time;(how can they wait more)

They had talk,after seeing spot ,heminey tried some of the spells ;they had prepared many magical_medicinal_soups ,

but none were showing results;They need an expert now; (some oldfriends)Curiously or more precisely full of fear ,they met luna,

and other friends(suggestion from luna and their friends) and finally they met dumbledoor brother,

from there they started search of a man luther (suggested/hint givenby dumbledoor sister,which was inside of frame),

"journey started" :Luther was an old friend of dumbledoor,who helped him eith different curse's & illness;(he was wellwisher of many good wizard of that time);on Seeing Harry ,

he had a sense of fear but as he knows that this could /is going to happen( mumered "curse for life" ), immediately asked harry to leave for land of :

harry asked which side Himalyan Region /Southern Region; Luther replied place where you can treat your suffering has a single address (may be different for everyone),

but region is near a river longest ,cleanest river(bhramaputa) (Assam(Seven-Sisters ,at that time all were in assam));

"Luther asked them not to use magic-for-them ,

else they have to start journey again and time is running out;"They left for Bharat( assam region is currently in india and some may be in butan ) from london-port;Here they were hoping

to reach on time and finding a cure for harry's life; There henry was worried about these falshbacks ; (he had already know about hagrid ,

as best friend&guardian of his father during his time) therefore he wanted to meet him to tell about the situation ,but hagrid was out of town ; Seeing worried henry ,

lily asked him about the matter ,

as they were now friends & group partner for labs and assignment; He disscussed this with lily(was facing same dream/flashback ) and george (he had no idea about the situation),

therefore thinking whom to ask => then decided to wait for hagrid;

looking a normal person but was smart enough ) ,lets see what's he is doing in story ,what he would add ;

Due to limited space once they have to eat lunch on same table,started with normal talk (both assuming each other a "muggle" /normal person) ,

suddenly asif asked about harry's hand (covered with cloth);(a weird excuse/answer to asif's question was given)Talk had taken a strange turn after lunch ,

now asif sense made him realise of something witchy(magical smell);Now,they were using simple words to give hints now(both side it was clear that ,other one is not muggle);Finally ,

somehow understanding whole situation ,asif asked "let him help" as he was Indian and they would be his guest;He also belong to assam ,so they have to start from somewhere and they agreed;

"TURN IN LIFE => entery of new world":During Voldemot period there were some people benifiting from power of dark ;Voldemot keeped them to maintain control over muggle ,

as not to think of magical world,assasinate/declare him mentally ill, who do not follow his intension and to control over world politics;After voldemot death ,

they have no reason to survive efficiently ,

;They were waiting in search of some sign /hope of dark power or help from some of wizard who could betray good ones;As harry and team left for somewhere ,

curiously they followed him and wanted to know more to get someone/something;

they were in a very positive & hopefull_mood &Started journey to assam (asif's place) follwed by someone(related to hidden world)(( Is it so Curse for life ,

then why luther asked him to leave for bharat, what he wants (to waste harry's precious time/give a sign to hidden world(dark world);