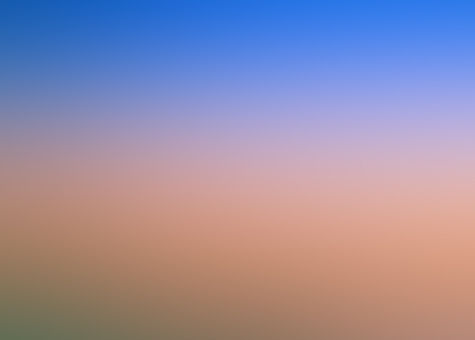 fetchitnow Homie hang in’ @Venic3 Bitch Laaaa
Autoplay OFF   •   a year ago
Transcript Use Images
A fun book for children.
poetry funchildrenchildbookpoetry most romantic book poems

The Frog That Took A Giant Leap For Their Kind"

Forever being laughed at for not being able to leap

Always last in the frog army sport, called 'Jumping over the Jeep'

He crossed all over, the large wetlands of Florida USA

Even made a makeshift home, made out of some hay

After feeling a very warm heat, from about a mile away

He came across some steps, but when climbing, they began to sway

Frightened by a loud bang and an almighty explosive roar

He hopped inside the nearest room, via a big white door

Then, all of a sudden, he felt his feet, effortlessly lift off the floor

Floating past a small window, he couldn't see the earth, anymore

After a while, the room hit the ground, with an almighty thump

Looking out, he saw a strangely dressed man, pray and then jump

After making his biggest ever leap and without special effects

Luckily, the frog was caught on camera, so became the first of his kind

To reach the faraway moon and take a great leap, if you don't mind.

"The Hare That Looked Out Of Place"

The local country fair had arrived in town

But one animal was looking angry and down

For the farmworker had placed the hare at the fair

With another breed of animal, without any care

He looked out of place, while sitting in the dog pound

One child yelled out, "That's a very small doggy, Mummy"

No it's not, said Mummy, but it'll make the dogs meal taste so yummy

She ran to the ticket seller and said, "There's a hare out of place"

He said, I think your hair is fine madam, but here's some gel, just in case

When the farmer found out, he ordered the workers to quickly catch it

And to make sure there's no more hares where the dogs will sit.

"The Sheep That Escaped From The Bars"

The large family farm was not really up to par

Because the farmer would keep the sheep behind an iron bar

They wanted to escape from behind the metal brass

And wander about and eat more of the fresh green grass

Eating packaged food was not treating them well

But they were getting upset tummies and not feeling that swell

And the sheep could be heard for miles, laughing Baa-Baa galore.

"The Monkey That Lost His Grip"

His name is Chip and he just can't get a grip

He has to hold on tight for the entire round trip

His friends in the troop said he wasn't very hip

Always having to wear a parachute with a safety clip

He tried to branch out one day, but fell and hurt his hip

And he swung from branch to branch without any major slip

So from that day forth, everybody said he had great grip to do his solo flip.

"The Cheetah That Wished For No Spots"

The healthy Cheetah often wished he had no more spots

He was tired of hearing, while playing Hide n Seek, the sound,

Of his animal friends yelling, "We give up, for you can't be found"

He thought, maybe he could wash away his camouflage dots

By soaking himself for a while, in some warm water and soap in pots

No said his friends, you were born with all of them

And after all, your spots make us all different, Amen

But never ever try and wash those unique spots of yours away.

"The Zebra That Painted Her Stripes"

She looked in the river and saw her reflection

Her skin colour made males look in another direction

For her colours were not really that bright

With her body stripes painted in black and white

By getting colourful paint and brushing it all over and over

Now she felt like a beautiful diamond of a gem

And maybe others would take notice, especially the men

But the day she went back to her favourite watering hole

Everyone thought she belonged on a merry-go-round pole

Then it started pouring down, the hail and the wet rain

And washed off all her colourful paint down the drain

For she was now world famous, from all of the tourist cameras.

"The Mouse That Was Forever Getting Trapped"

The poor little mouse was forever getting himself trapped

He couldn't stop from smelling the cheese, even when wrapped

His concerned mother told him to visit a hypnotist

To try and help him get off cheese, you get the gist

If he gets trapped again, he might not be able to tell the tale

Because if the help he receives fails, his face will turn pale

Helps the other obsessed cheese loving females and males

Can the poor little mouse keep away from the snap?

Let's all hope that he doesn't forget, after taking a quick catnap.

"The Panda That Got Bored Of Giant Plain Bamboo"

But none of this food worked, to make Sandra the cute Panda, less bored

The workers were confused why the delicious food was simply ignored

She started to lose weight and became very agitated

Quickly the zoo staff asked for help, but really they had to be educated

Chopping and stewing and even adding a few drops of relish

Sandra loved the change in her daily food of bamboo

And was happy again chewing on her new tasting food at the zoo.

"The Owl That Didn't Give A Hoot"

When the sun went down and the moon came out

Some owls could be seen in the trees hooting about

But a strange noise one owl gave, was worse than a toot

For the owl, for some reason, didn't give a hoot

This strange sounding owl instead, made more of a screech

For this different style speaking owl, is on holidays from afar

And his spoken language is so unusual to ours, by far

For they were so bored, with only knowing how to speak one word

And their guest also learnt to belt out a bit of a hoot, from his foreign beak.

"The Spider That Stood Too Tall To Crawl"

Had such long legs he stood too tall to crawl

He looked like a gigantic monster, standing way up top

All other spiders who saw him, would come to a complete stop

Frozen in their tracks, insects would free fall and dive

And go so low between his legs to hopefully survive

The spider himself would get a face full of cobwebs

As he walked so tall into his own hand made project

Enough he thought, and off he went for a professional opinion

The doctor said, he had a name for his rather tall condition

It was called nothing at all, you are like this on earth

For all daddy long leg spiders are like this since birth

So he was told to bend down more often, stretch and do some exercise

And to watch out for that high floating killer insect spider pesticide.

"The Elephant That Couldn't Make A Trunk Call"

While playing a game of elephant soccer together

The elephant herd had finally ran out of pace

When he got home later that night after his great fall

But nothing came out and he went into shock

Noel the elephant thought he had swallowed a rock

So off down the road to the local doctor he went

Also complaining about his loss of his favourite flowers scent

The doctor first said, it could be all in your mind

But after shinning a light he saw what it was, well down behind

For it was the coconut the herd had been playing with before, with Noel

After a tickle on the trunk, Noel shot it out and somehow scored a goal.