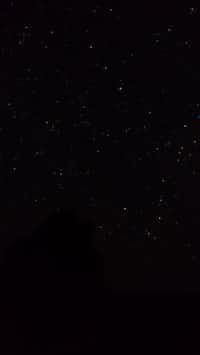 felixhelix Community member
Autoplay OFF   •   3 months ago
Transcript Use Images
This is a Story of Revenge, Hate, Rebellion and guilt of a guy who fell into the dark side of the world and witnessed somethings that were not allowed for normal people to see. Join us in his journey to find salvation
fiction darkfictionfantasymoralscruelseriousguilttragicbravehero

An eerie silence greeted my ears......

A Color which resembles burning Passion.........

Something abhorrent rises in my stomach

It is eating me up from inside

How beautiful is the...

During a scorching hot day, there was a lone man walking in the desert wearing a worn out Robe and a scarf around his neck.

His face wasn't visible but his whole body was exerting an aura of danger and repulsion.

As we went to the town, people were scared to look in his direction as the hairs on their hand stood up when he passed them.

Some people thought he was a bandit but others thought that he might be the guy who was wanted by the empire but no one dared to stop him and ask him about himself.

As he made his way through the town, in his mind there was only a single destination that he was going to and he walked for days in the desert just to go here.

After walking for some time, He came across a worn out Old Wooden style building which looked like it was abandoned for years.

For the first time in days, the face of the Man relaxed and as he looked into the mirror, and took his scarf off, it was not a face of a man but of a boy who saw a little too much in this world.

a face of someone who was in pursuit of something which only he knew.

"I never thought that this place would still exist even after that long". Said the boy after having a long sigh and relaxing his body but something was wrong, he sensed that

" Maybe it is because I still feel them here"

With that thought he looked around the room as his eyes became soft.

He was no more that dangerous man which emitted the aura of danger but he was a man who drowned himself in sorrow and was reminiscing about the past,

his eyes became moist as his knees gave up and he dropped down on the floor and was sobbing endlessly while holding himself and being crumbled his a ball.

Thankyou for reading this novel. This is my first work and I will be looking forward to writing it.

English is not my first language so please go easy on me, this will be a long story with different characters and emphasis will be on morals.

Notes: For Non Japanese people, Telling someone "The Moon is beautiful today" is an indirect way to say "I Love you" Follow me on : https://novel18.syosetu.com/n2402gv/ as I will be updating this there because it will be a long running series (hopefully)