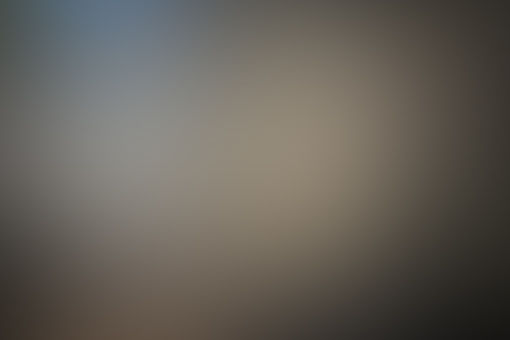 fecon Find novels here: www.novelseed.com
Autoplay OFF   •   3 years ago
Transcript Use Images
The woman deliberately looked around to check they were alone, before walking up to the younger woman. "Zhuo."
fiction comedyadventurefantasy

The woman deliberately looked around to check they were alone, before walking up to the younger woman.

The lady's expression softened, and her voice was gentle. Zheng Tan felt she was using hushed tones so as to avoid being overheard.

Was something shady going on?

Zheng Tan stuck up his ears.

She sat down next to the young woman, but for a while, the two did not speak.

Finally, the older woman sighed and asked: "You really decided?

"We're talking about project A!"

She lowered her voice even more when she said "project A". Zheng Tan could barely hear them with his hearing.

"I know Professor Ye. I have decided."

They talked for a while. Zheng Tan attempted to figure out what this "project A" was, but the rest of their conversation was all about physics and so technical that he barely understood a word.

This project A was never mentioned again.

The willow branches hid Zheng Tan. The lady only checked for people but not animals. So she never caught Zheng Tan eavesdropping.

Zheng Tan, too, went back home. All night long, he couldn't take his mind off that project A. It was so very mysterious.

The next day, Zheng Tan finished his daily run with Wei Ling, went home for lunch, then strolled over to the lake again.

Sure enough, Zhuo was at the exact same spot reading a book with a pen in her hand, jotting down something in her notebook.

Zheng Tan considered it, then walked over and hopped on the same bench.

Zhuo looked up and saw a black cat with round eyes staring at her. She smiled at it, then resumed what she was doing.

Zheng Tan saw she didn't mind, so he inched closer to look at what she was writing.

He saw a series of abstruse formulae made up of symbols he never seen before and etc. In short, it was stuff he didn't understand.

As for the book, it was in English and consisted entirely of professional vocabulary and terms. Zheng Tan thought he knew some English, but this was way beyond his level.

Zheng Tan didn't understand the book or her notes, but he did not leave immediately. He was really curious about the so-called "project A".

He figured if that he stuck around long enough, he should be able to find a chance to figure out what it was.

So, Zheng Tan spent the afternoon on the bench. The other woman came by. She checked his pet ID after seeing him, then left without saying anything.

The next few days, Zheng Tan settled into a routine. He would train in the morning, then sleep on the bench by the lake in the afternoon. The older woman would come by every day.

She would stay for a few minutes, sometimes saying a few words before she left again. If Zhuo was doing calculations, she would stand and watch quietly.

One day, Zheng Tan went home straight after his run. He had nothing planned for the rest of the day and waited on the sofa. It was Wednesday again.

A week had gone by and the Jiao family was coming home.

Yi Xin had to spend his day in the lab so he wouldn't be bringing lunch. Zheng Tan ate snacks instead.

Checking the clock on the wall every few minutes, Zheng Tan felt that time had never passed slower.

Finally, at three in the afternoon, Zheng Tan heard Jiao Yuan's voice downstairs. He rushed onto the balcony.

Mama Jiao, Gu Youzi and Jiao Yu were downstairs each holding a bag. They saw Zheng Tan's head poke out from the balcony railing and all smiled.

After they entered the building, Zheng Tan opened the front door and waited.

Back at home, the three look tired and somewhat sad. But being home, the kids were much more relaxed. After a bath, Jiao Yuan and Gu Youzi went back into their rooms to take a nap.

Kids got tired easily and they had not been able to get a good night's sleep since they left. They weren't used to sleeping elsewhere.

Mama Jiao was preparing to make dumplings. She would wake the kids after dinner was ready.

Zheng Tan laid on the couch watching TV. He was in a good mood, and for the moment, he couldn't care less about project A or Daisy and Mighty or whatever.

The Jiao family returning meant he wouldn't have to eat cafeteria food and snacks anymore. Life was beautiful.

Papa Jiao came home at five. He had to take care of some business.

Yi Xin needed to borrow lab equipment from the physics department, some of which required his mentor to be present to vouch for him.

Papa Jiao looked confused when he came through the door. He saw Zheng Tan on the couch and asked: "Did you do something, Charcoal?"

Mama Jiao, who was testing her cooking, was displeased at what he said. "Charcoal is a good boy. What on earth can he do to anger you? You are a scientist.

You need to present proof before you make accusations."

"I just went to the physics department to borrow equipments and ran into 'the Buddha'. She actually smiled at me!" Papa Jiao frowned in confusion.

It was a fair assumption. Every time Papa Jiao went to borrow equipment, 'the Buddha' always treated him like he owed her a billion dollars.

"No, she actually smiled."

Smiling like a normal human was not normal for 'the Buddha'.

Mama Jiao frowned. She came out the kitchen, still holding a spoon in hand, and looked at Zheng Tan, who was lying innocently on the couch.

"Charcoal, what did you do now?"