Commaful
The Arms Wrapped Around Me 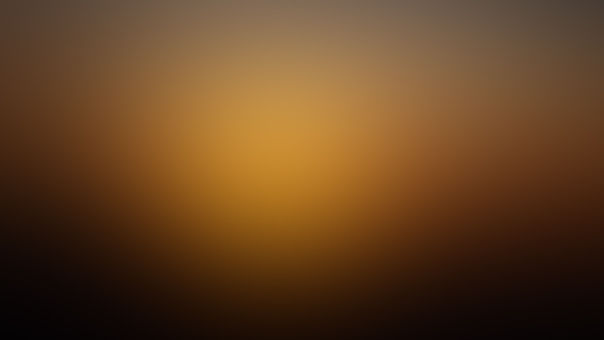 fallencity Community member
Autoplay OFF   •   a year ago
Transcript Use Images
It was a one of his endless rough days, he was bullied like always as he returned to his home only to see his parents quarreling, it was unbearable for him, he was hurt and tired both physically and mentally, and his loneliness was crippling,
feelings sadpainfuldepressiondeathdarksucidedecisionabusebullying saddest sucide storieshappiest decision stories

The Arms Wrapped Around Me

It was a one of his endless rough days, he was bullied like always as he returned to his home only to see his parents quarreling, it was unbearable for him,

he was hurt and tired both physically and mentally, and his loneliness was crippling,

not bothering to eat his dinner he went to his bedroom as he opened his drawer to find some things and then went to the bathroom...

In a little, while he came back, he looked calm yet distant, as he laid down on the bed taking his favorite stuff toy and a blanket, despite his age as it helped him to sleep better...

he kept thinking about his life, his loneliness eating him as he couldn't help but cry out from his tears as he wished continued to say to himself "why I am so unloved and worthless...

why I cannot be loved... I wish someone would hold me and say that I am loveable" that was the only wish the boy had left...

Suddenly he would feel a warm body and arms wrap around his growing cold body, he would be surprised and even scared at that unfamiliar touch but he didn't move at all,

he felt the warmth very comforting as his crying slowly turned into muffled sobbing, even though the touch was supposed to be unfamiliar it was something he yearned for...

As the clock was ticking away he and the unknown body stayed silent, just him being wrapped in the body's arm, he was too scared to rotate towards it, being scared of what horrors he may see

His hands were hanging from the bed as he kept his eyes closed, although his fear wasn't gone yet it was slowly beginning to affect him less as he asked in a slow voice "who are you"

He slowly answered "yeah..but it feels nice... it's so calming and peaceful'' the figure let out a soft chuckle and said "I'm glad that my hug comforts you so much''

The boy obliged and looked away from the red floor and simply moved his eyes elsewhere as he asked "are you really here to take me away this time, you left me alone so many times before"

The figure chuckled and said "well you can blame your fate for that, most of the time someone found you at the wrong time and hence I couldn't take you away to my place"

The figure's voice was turning kinder as the time went as if they were very familiar with each other which they actually were,

he felt comfortable with the figure as it hugged him even tighter almost as if the figure's hand would crush the body and soul of his but he said nothing...

Suddenly the figure spoke up and said "are you sure you don't want to back out, you can still change your decision" as the boy sighed a little and said "I am tired,

tired of seeing my parents fight daily, knowing somewhat I am the cause of it too"

The figure moved one of its lean,pale-skinned hand from hugging him to his head softly patting his head and saying "adults do fight, you shouldn't blame yourself for it"

The boy smiled softly enjoying the affection he yearned for so long, it was very fulfilling and heartwarming for him as he spoke again "I have been bullied for years now,

I haven't told it to my parent's or anyone, it's painful''

"Have you tried to talk about it to anyone" the figure silently asked as the boy responded "to whom shall I tell it?

"Humans are indeed very selfish, they are so busy with their own life and own things they even can't see the pain of others, it's very sad, to be honest,

" the figured said with a sadder tone than its normal bland and cold voice as the boy added" they are also hypocrite, the ones who hurt you will also cry when you leave

very childlike question in a very sincere voice "why did I got so hurt, what did I do to deserve this"

The figure cradled his head softly as it said "absolutely nothing, most people get hurt for doing nothing, this world is like that, unfair,

the beings called humans take pleasure in hurting others, but there are a few good ones too, people who sacrifice themselves for others,

the thing is the bad one hurts the good ones and the good ones either become like you, wanting to go into the other world or turns bad"

The boy stayed quiet for a bit before he began to whimper and cry, tears flowing from his eyes as his chest hurt from hearing reality,

truth to be told he wanted all the pain go away but he knew even before he decided to walk away from his place he would take hundreds of regret with himself and nothing can't be done about that.

The figure stayed silent, it could have told him things which would have been eye-opening or very intellectual but that wasn't its job to do, its job was to take people out of their world,

taking them to a place they themselves chose for them, willingly or unwillingly but it wasn't ruthless, it had feelings and emotions too, it gave people chances to back off,

change their decisions and time to vent and talk out their regrets and pain of their life but if they still stick with their decision it takes them to their desired world, that creature it was...

The boy slowly chuckled and said "Yeah once" as the figure said, "what happened then?

not my friends or teachers or for her" he would have cried again but his eyes were heavy from both sleep and crying.

The figure took its hand and softly traced it against his cheeks and spoke again "most humans are narcissist, they want the perfect person even if they are filled with many imperfections,

some big and some petty ones, it's not like you are the only one with flaws, it's just most people choose to ignore it, because if they don't they will be devastated, just like you...

The boy's eyes were getting heavier and heavier as time passed a little more, they talked about various things,

the boy felt many emotions in that conversation too some sad and some little happy as then the boy slowly turned around to face the figure...

It was a female with shoulder level raven hair wearing a black dress, but the most distinctive feature was her eyes or rather the lack of it, in the place where mortals have eyes,

she had black holes, yet the smile she bore was somewhat warm and comforting maybe because in the first place he never had feared her like most people do, after all, he himself wanted her

"Are you scared of me?" she asked the boy while looking into his almost closed eye as the boy said "no,i wanted you to take me"

"You still have the time to go back, not follow me to my world" she shouldn't have asked this it's not her place too yet she couldn't help herself but too,

she could see the huge amount of unfinished dreams he possessed, she couldn't help herself but to believe he deserved something better,

The boy smiled and said "you are truly kind to try to give me a hand and try to ignite a hope inside me, but I am already too defeated and I have no hope in myself,

even if people magically turned into better,

I am too tired to fight my own demons" as the boy finished speaking he would wrap his hands around her in a warm embrace as he closes his eyes for the final time...

and leaves his world to walk into the world of the dead.....