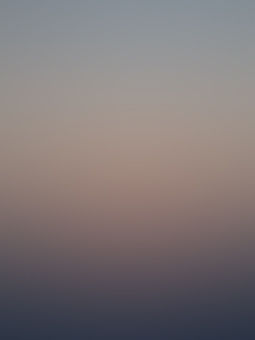 "Longhorn" plays as Sandy Cheeks comes out holding a towel over her neck. She marches down the ring with a purpose.

Mandy, Riley J Dennis, and Miss Simian are over the barricade as they cheer on Sandy.

"Til I Collapse" by Eminem plays as suddenly a Police Cruiser drives down the ramp as Nick Wilde is behind the wheel with Judy sitting on top of the Cruiser.

Courage, Katz, and Wicked are over the barricade as well as they cheer for Judy.

The bell rings as Sandy flips Judy over and starts tearing through the young bunny with punches leaving severe bruises on the cop.

Sandy goes for an Armbar but Judy flips her on her shoulders 1...2...kick out!

Sandy quickly hits an Irish Whip as Judy goes over the top rope she grabs on and flips over into a Skin The Cat hitting a Headscissors take down on Sandy.

Sandy gets up as Judy pumps up the crowd with clapping. Sandy goes for a punch by Judy ducks and grabs the waist.

Sandy hits a standing switch and grabs Judy by the waist turning her around for a kick hitting her right in the temple as Judy rolls out.

Daniel Coyote: You heard that. That kick, you heard the impact.

We get a replay of Mandy, Riley, and Miss Simian cheering on and clapping. Courage looks nervous as Judy grabs her head in pain.

We get treated to a replay of the vicious kick where we see that the karate master in Sandy actually used more of her knee than her foot to knock out Judy.

Wicked is screaming encouragement to Judy while even Katz has his demeanor change from icy to a little concerned after watching the replay.

Wicked: You got this Judy, you can do it!

Courage: Don't lose, you are too close.

Katz even looks at Judy and yells something.

Katz: If you can beat my sister, you certainly have enough fight to win this fight. Win the millions.

Judy rushes into the ring but as she gets in Sandy locks a grip around her waist allowing Sandy to perform 2 Gutwrench Suplexs as Judy looks stun as she bounces off using her upper back.

Judy gets up slowly and chops Sandy's chest 14 times sending Sandy cowering to the corner trying her best to cover up. Judy hits 1 more chop.

Sandy staggers to the middle of the ring as Judy runs off the ropes and delivers a Spear.

We get a scene of Penny Fitzgerald, Ichiago Momomiya, Dora, Bubbles Utonium, and Blossom Utonium cheering on Judy. Judy rushes off the ropes as Sandy sits up to deliver a Sliding Forearm.

Courage begins to clap louder pumping up the crowd. Judy waits as Sandy gets to her hands and knees to run off the ropes and send both feet hitting Sandy's ribs as the squirrel hits the ropes.

Daniel Coyote: a cover will it be enough

Sandy crawls across the ring and sits in the corner as Judy rushes at her with another Sliding Forearm but Sandy dodges out the way as Judy bruises her forearm more hitting the lower turnbuckle.

Judy gets up to the top rope and and goes for Police Brutality but Sandy catches her in the air and applies the Rear Naked Choke.

Judy gets her foot on the rope forcing a break. Judy gets to her feet with Sandy and delivers a Spinning Backhand.

Katz (to Courage): You taught her that?

Sandy picks Judy up and places her on the top rope before going top rope herself. Sandy hits 1 forearm on Judy sending the bunny leaning over the top rope.

Judy pushes Sandy who falls back but her feet get caught on the top turnbuckle putting herself in the Tree of Woe. Judy rises as she delivers Police Brutality straight to the chest of Sandy.

Judy screams across the ring as Sandy puts herself seated in the corner. Judy runs full speed hitting a Sliding Forearm causing the whole ring post to vibrate under the force of the collusion.

Daniel Coyote: Right in the ribs, with great momentum.

Chris: Out of instinct, Sandy covered her face but Judy hit her right in the ribs. Going up again will Judy hit it.

Judy climbs top rope. Judy looks down and SCREAMS as she jumps off and hammers her feet into the ribs of Sandy

Daniel Coyote: The hangtime, the legs are hooked.

Sandy and Judy hug it out

Daniel Coyote: and so is Sandy Cheeks.

Chris: This is an amazing moment for all the women in Cartoon Crossover.

Judy Hopps in honored 6 million dollars as she cheers with Nick.