Commaful
A Dove and a Crow 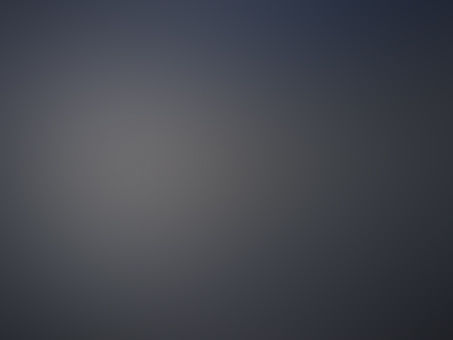 A Dove and a Crow

A red eye peeked out from behind a porcelain mask, fixated upon a singular point. The eye was a bloody color, telling tales of wars and torments that no mortal should ever have beheld.

Soft white light flickered across its mask, outlining its singular eye. The eye shifted, ever so slightly, reconfirming it's target.

Black hair reminiscent of crow feathers fell over its eye, before it quickly flicked it away. It was certain this one would be the one. They had to be.

Squinting slightly, it recalled what it could, yet found that once again, the harsh maws of time had gnawed away at what little it cherished. It had no memories, no family, no name.

All that it knew was that it had to leave, to find the land where the crickets chirped and the flowers bloomed. To find the land of life and all things living.

It's figure shone softly in the light, illuminating it's features. It's face was concealed by it's porcelain white mask, save for but a single eye.

It knew not what lay underneath that mask, yet knew instinctively that it was not to be removed.

Adorning it's head was a nest of long, messy crow feathers, its partially iridescent gleam barely passing it as hair.

It wore a long black, fluttering windbreaker, beneath which was an ordinary shirt. Every inch of it's legs were covered by loose pants, beneath which countless blades lay.

Faint footsteps sounded below it. It held it's breath, silently listening, waiting for an opportunity.

A young man's voice sounded softly, though in the dead silence it seemed to resound endlessly. It could not understand the words of the man, yet great excitement bubbled up in it's chest.

Carefully, it crept ever closer to where the sound of the young man's voice originated, making sure not to reveal itself. This was it's chance, an opportunity that came once in a millennia.

It's blood-dyed eye tracked the source of the sound, a young man with a decent face, light-colored hair swept to one side.

He was wandering down the alley on a call, too occupied to notice where he was. Red eyes gleamed from the high up as it carefully aimed the nozzle of it's gun.

Lining it up correctly, it's finger was placed on the trigger, yet it paused. A singular memory surfaced, a hazy and fleeting wisp, displaying two figures, one dark and one light.

They stood side by side, yet any more was obscured by its own foggy memory. It was bewildered, a memory here, of all places? And yet it understood what it needed to do.

It had been waiting for a millennia, after all. A single movement was all it took. A moment of tension, the slightest flex of it's fingers triggering the weapon. A gunshot, and then silence.

He'd been having a bad day. An absolutely horrible day, he'd say. Oh, it was another day at the office, for sure, yet he couldn't shake the feeling of something wrong. Horribly wrong.

Softly raking his hands through his light blond hair, he leaned back against the bench and looked up at the sky, soft, wispy clouds soaring far past the tall,

perfect tips of the buildings around him. How he wished that he was like those clouds, flying free from the world, floating to and fro on his whims, rather than those above him's.

Waking up in the morning, cold sweat had clung to his back, plastering his shirt to him.

He had dreamt of another time, too strange and bizarre to be anything but a dream, yet too real, too detailed to be imaginary.

It was as if another set of memories had transposed themselves into his head. A horrible set of memories. Seeing how they ended, though, he felt an unsurpassable amount of dread.

It was horrible. Since then, he had been extremely paranoid the whole day, to the extent of believing that the people around him didn't truly exist.

Shaking his head, he stood up, dusting off his pants. The sun was already setting and the sky taking a reddish hue; he had been there for far too long.

Just as he was about to take a step, though, his phone rang. Again. Finally answering his phone, he discovered that it was his boss. What a truly horrible day.

Mind still hazy and feet moving subconsciously, he didn't notice the change in scenery quick enough. A suspicious glimmer shone on the top of a nearby building, spiking his paranoia.

He hung up the phone to his bosses angry shouts, turning his head upwards, yet seeing nothing.

Normally, he would shake it off as a simple fault of the eye, yet today, with all the circumstances piling up, he felt the need to check thoroughly.

Staring up, he noted that a white light shone atop the building. A strange thing, considering the time of day.

Even more suspicious, he decided to head up to the roof to check before a gunshot rang out.

His body went limp and he hit the floor, hand clutching his chest, struggling to breathe through the horrible pain. It was so sudden, it was so surprising, it was so familiar.

The scent of gunpowder, of blood and the death that lingered so close, a scene that he had seen countless times before.

And before him stood a being, mask flaking off its face, those familiar, familiar red eyes locked upon him in shock, that familiar crow feather nest of hair.

As the mask flaked off, his life teetering ever closer to the edge, and he finally caught a glimpse of its face. A perfect mirror of his own.

And he was no more.

A porcelain masked creature stood upon a rooftop once more, it's light blonde hair like silk in the wind.

It was carefully watching a young woman with striking black crow hair, it's singular red eye fixed upon her as it's target.

Ode to the Crow and the Dove

A crow and a dove

A friendship so great

Against all there was

They planned to conclude

The reign of the gods

That shook all of life

Stabbed by their own knife

O' punished were they

For crimes as they lied

From their other side

To chase their friends shadow

Was all they could do

The dove and the crow

Are one where they were two

Shall one bird adorn

They know not to mourn

The hunt for their friend

Their focus shall be

O' Death's not the end

Though it sets one free

A chase for a shadow

To punish their crimes

For the hunt for the birdie

Idek, they're birds now apparently. Honestly, this didn't even go as i expected. I just had fun. The poem took me so damn long though, like seriously.

I'm like this close to dying because I didn't even get everything I wanted into it lol. Whatever, TYSM FOR READING BYYYEEEEE!!!!!