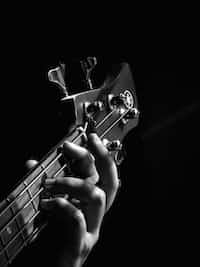 dreaminnlivin _keep shining_
Autoplay OFF   •   6 months ago
Transcript Use Images
Hi, i'm Leo, nothing more to say about me really, except Rea wants to see me married
thriller bandmusicfamilytroublemissinghurt-hurtmanmusicianmystery

Four hours earlier: Leo's legs were heavy when their driver John said a woman was looking for him

And sure thing it was her waiting for him outside. "What do you want?" He was too tired of this to all to be nice to her.

"Is that a way to great all you have left in this life?" "You are not all that I have left." "I had to come all the way out here, where are we even? All that just to talk to you."

"We're in Serbia. You wasted your time doing so Candy. Go back home." He was about to get back on bus but she grabbed his arm stopping him.

"You wouldn't take my calls." She was doing the big teary eyes now. He knew her act well. This time he was not going to surrender though.

"Maybe you should think why it's so. Let me go." He pulled his arm free. "Wait!" She almost screamed after him.

He stopped knowing full well what came next. "I need money, for the bills, just until I find a new job. things are...tight right now."

"No. No more money for you. As long as i keep giving it you you'll keep coming for more. It stops here. Don't come looking for me Candy, I'm serious. Or else I'll file a restraining order against you."

This time he did manage to get away from her. The door closed behind him and he finally breathed in. The peace wasn't long lived though.

Rea, Zayn, Finn, Ian and John were looking at him standing like the wall. Only Ray was missing.

"Girl of yours?" Rea was the first to speak with mischievous gleam in her eyes. Oh no, he was going to get it now for sure. He evaded her sharp tongue and spiky personality longest of all the members.

"Leo, who was that really? If's she's one of the groupies we can fix that." John added. He was becoming really worried about Leo, he looked...lost.

"No, she's not a groupie." He wanted to push past them but dining table was as far as he got.

"She's not my girlfriend either, no way, so you can drop it Rea. I know that's the only thing you are waiting for."

"Not true Leo. I am actually waiting for you to be happy. Who was she than?" Ian dropped his head in his hands.

"She's my older sister. No, I could not invite her in if you want to keep your valuables that is. She's trouble, if you see her...just get away from her."

Just like that, an ocean, one and a half continents, number of miles he couldn't even count and the ugly had found it's way back to him.

present time: Someone of the people rushing by him had said that Tom was missing. By the time the word had reached him it was the fourth repeat of the original.

In other words he didn't know anything. He had to find Ray, someone had mentioned he said it. If event that much was truth.