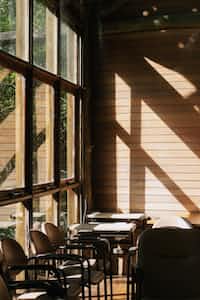 My parents knew him. They made him promise if anything happened to me that he would keep me safe.

I have no idea how he is going to keep ME safe.

People always say that they don't look for danger, danger looks for them but i'm not like that I look for danger to me danger is home so he made a promise he cant keep at all.

I look at him and laugh

" I shoulda known it was you cause' no one in their right mind would try to stop the joker and Harley Quinn's daughter that is a real suicidal move". He chuckles " Anyway come with me"

OK now that sounded a little creepy. "no thanks i'm good". He looks at me with a serious look " Marcus come in here".

At first I was surprised he was going to send a big man at me but when the boy walked through the door I was a bit surprised he had a cut on his top lip and a bruise on his cheek.

I raise my eyebrows and look back at Mr.Lin

" Marcus is one of are saved he was living on the streets with no parents and was getting ready to be arrested". I look at the boy and he did seem familiar.

I smirk at Marcus then turn my attention back to Mr.Lin

" So he goes to your special school". Mr.Lin nods his head yes. "fine i'll go but tell Halloween and ninja over their to get a grip.